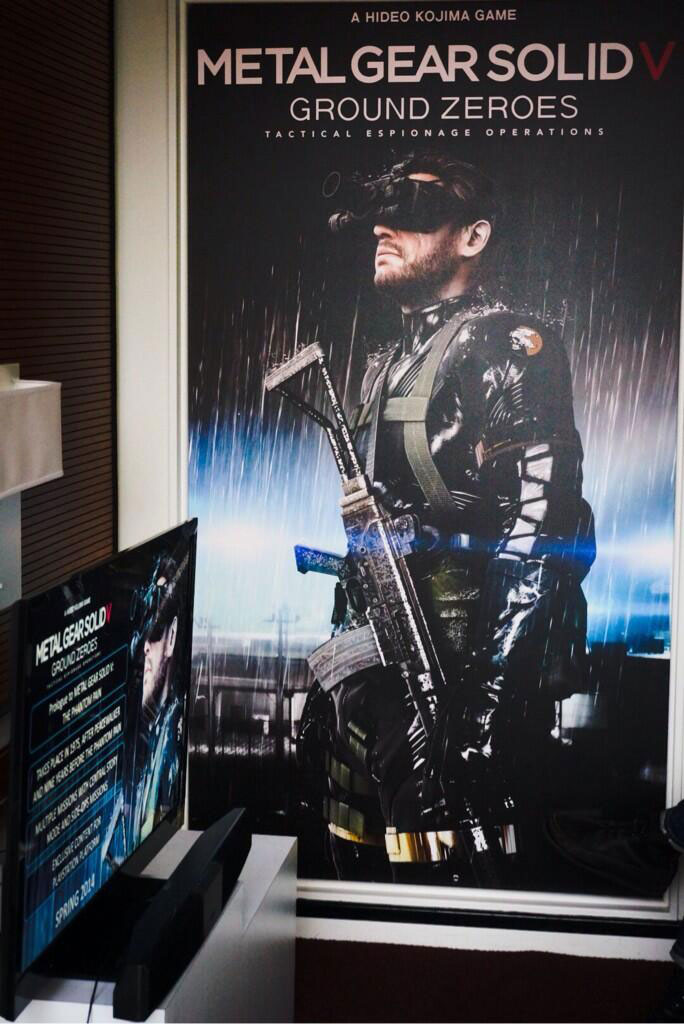 Hideo Kojima is doing another round of interviews today, and he posted the following photo on his Twitter (click to enlarge).

On the screen you can see some facts about the game summed up. Most of them were already known (it’s a prequel to The Phantom Pain, takes place nine years earlier in 1975, features story and side missions). But there is also an interesting new fact at the bottom. It says: ‘Exclusive content for PlayStation platform’.

Metal Gear Solid: Ground Zeroes will be released in the spring of 2014.