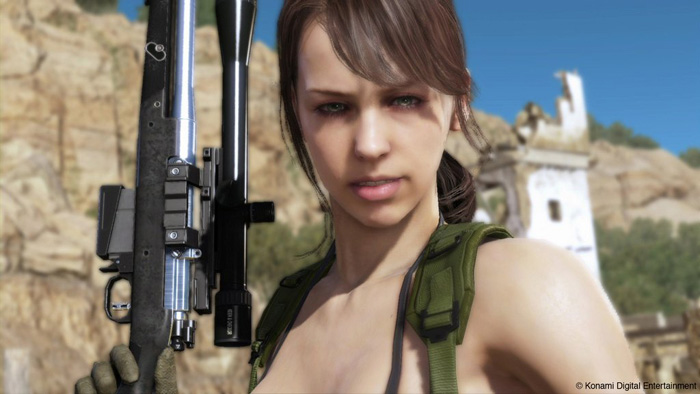 Earlier this year there was some controversy when Hideo Kojima published the full character model of Metal Gear Solid V: The Phantom Pain’s female sniper Quiet. Kojima later stated there is going to be a reason for the way Quiet looks, and the character’s actress Stephanie Joosten said the same thing.

Still, looking back, Kojima feels it probably wasn’t a good idea to show this character out of context. In an interview with IGN (published today, but recorded back in September after the Tokyo Game Show), Kojima once again emphasizes there are reasons for her appearance, that will become clear once you play the game. The reason to show the full model was to help cosplayers out.

At this point though, just looking at the design of the character and having concerns is pointless. The character only comes to life when she’s presented within the story.

I was actually surprised to learn that there are so many female Metal Gear fans, and I’m very happy to hear that. I can tell them though, that they are probably mistaken as to why the character looks this way. I only ask them for their patience until they can see how she interacts in the game.

First off, she shows up in the desert and she’s almost naked. That’s impossible and would never happen. So right then I want the player to ask themselves: ‘Why is this character almost naked in the middle of the desert?’ From there you have this impression, and then you start to understand the reasons behind it. That’s where the deception of the character comes from.

We’re not a game company that would just show a hot girl without reason.

Seems like we’ll have to wait a bit more before we can really judge this character.