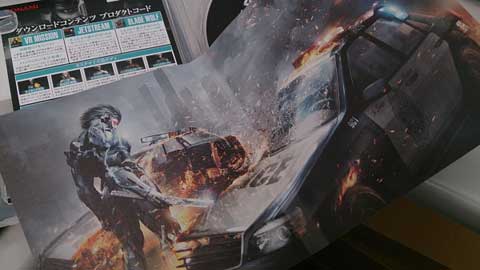 It includes all DLC, and the front bears the emblem of the PlayStation Awards gold prize that was recently awarded to the game. This edition also comes with a reversible cover. Here’s what the back looks like. For now, Metal Gear Rising Special Edition has only been announced for Japan.