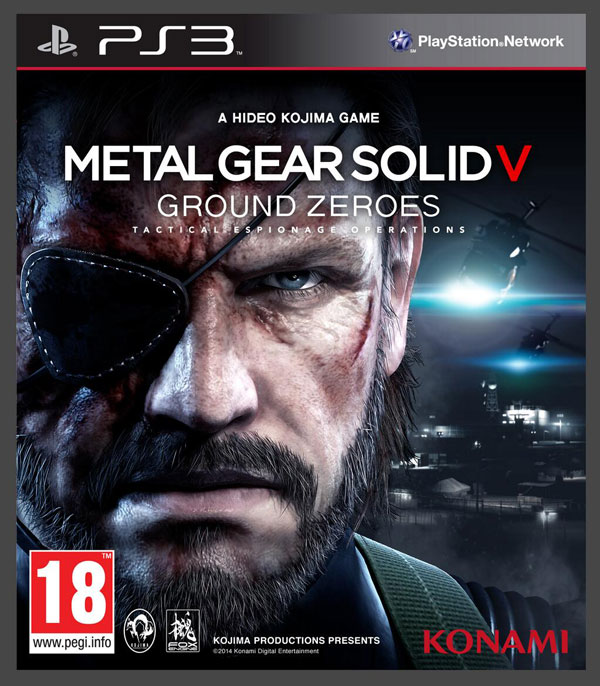 The word is out: retail versions of Metal Gear Solid V: Ground Zeroes for PlayStation 4 and Xbox One will also be available in the west, when the game launches on March 20th of next year (March 18 in the US and March 21 in the UK).

This was reported on the official Konami website for the UK.

“It has now also been revealed that Xbox One and PlayStation®4 versions will be made available in retail stores for £39.99, or can be downloaded for £29.99.”

Good news for those who prefer to have a physical copy over a digital download. Please note that so far it’s only been confirmed for Europe, but it seems likely the retail versions will come to the US as well.

Update: Konami has confirmed the PS4 and Xbox One retail versions will come to the United States as well (costing $39.99, and $29.99 for a digital copy). As you can see, Kaz has been removed from the cover (as Kojima talked about in an earlier interview, since Kaz isn’t popular enough in the west) and replaced by an image of Camp Omega.

@VG_Dave Yes, they will do. We’ll be announcing soon.

Views: 446
Liked it? Take a second to support MGI on Patreon!