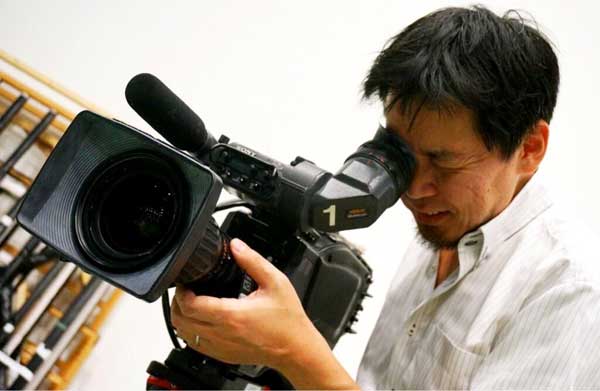 As he said before, Kojima intends to use a single camera movement for Metal Gear Solid V, meaning no cuts or hard transitions between gameplay and story moments, or, if you look at the Ground Zeroes intro, maybe no cuts at all. Now, Kojima made some more comments on the idea behind this.

Freedom is important as MGSV is real sneaking simulator, thus most of the cutscenes are taken by one shot in order to connect to game play.

You can change the camera manually but except that it is almost taken one shot from OP [opening] to ED [ending]. As you can see GZ’s OP, is intensional indeed.

Only one camera both in game play & cutscenes in order to feel reality. Also intentionaly set easy to spot where Chico is imprisoned in GZ.”

Earlier Kojima stated he wanted to convey the feel of an open world with the single camera shot used in the Ground Zeroes opening. The smooth transitions between gameplay and cutscenes are meant to keep a feeling of continuity within the world of the game. But it looks like it will allow for more directed framing as well.

Views: 808
Liked it? Take a second to support MGI on Patreon!