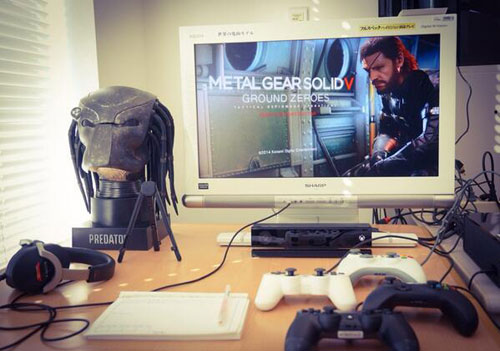 With Metal Gear Solid V being developed for multiple platforms, Kojima now has to adjust the game for each different controller.

“The trigger button of PS4,360,ONE looks like the trigger of gun. PS3’s button is curved in the opposite direction.” Kojima stated. “Each controller not only differs the location of buttons but also its forms & mechanism. Extra work for adjustment.” When talking about the different mechanisms of the controllers, Kojima is most likely referring to things like the speaker of the DualShock 4. Yesterday he revealed Metal Gear Solid V will make use of this feature. The Xbox One controller on the other hand has rumbling sticks, so maybe he’ll do something with that as well.

Views: 545
Liked it? Take a second to support MGI on Patreon!