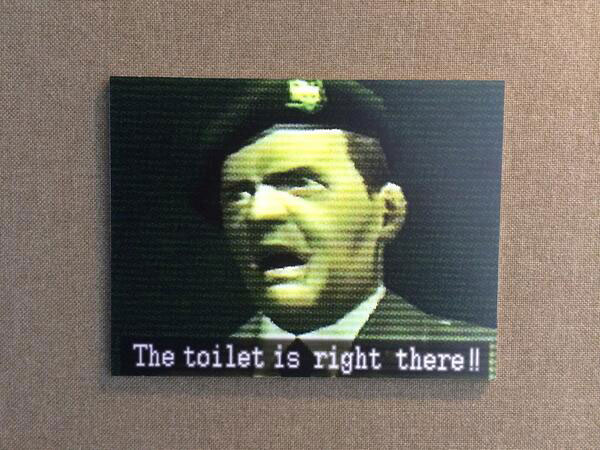 Journalists are getting their first hands on experience of GZ at the #MGSVGZNASU Bootcamp – exciting stuff!

Here are some interesting reactions from several journalists who got to play Metal Gear Solid V: Ground Zeroes at the Boot Camp 2014, taken straight from Twitter. They talk, among other things, about length, gameplay and story. Check it out!

“In Nasu for #MGSVGZNASU with @Konami and @HIDEO_KOJIMA_EN – it’s a fantastic experience so far. Lots more to it than the first mission.”

“Already encountered several pieces of trivia for the site. Some amazing work has gone into the title. Can’t wait to tell more.”

“I’d like to point out that this game is not a 2 hour game… Ground Zeroes is a great demonstration of the FOX Engine.”

“The game now really requires you to look at your surroundings. Objects make noise and get knocked around.”

“Every soldier in Ground Zeroes has a unique appearance. Their faces, taken from real photos, appear only once per game.”

“The game doesn’t play like a standard MGS game in this sense. Several missions, each range from 30 mins to 2 hours.”

“During recording, each character has a specific pair of shoes for their unique footstep sounds. I’ll try to get specific info.”

“Get Ground Zeroes on PS4, not XB1. Way better visuals, frame rate, everything… I believe @HIDEO_KOJIMA_EN said so himself.”

“It isn’t a 90 minute game. Game Informer were wrong.”

“Completed a full-stealth run of MGSV:GZ. Stealth is the best it’s been yet. Controls are more fluid while staying true to MGS”

“Fox Engine’s facial animations are the best in the industry. Ending to MGSV:GZ is extremely impressive and emotional.”

“I’m finding 3-5 distinct ways of achieving every objective using only stealth. Going for gun-down run next.”

“Anyone else done a full stealth no-kill no-alarm run yet? Extremely thrilling!”

“There is an incredible amount of depth to this game. I was in awe several times at the AI’s reaction and the environment.”

“Just cleared the first objective in the hardesyt possible settings. Lovers of classic MGS challenges will be pleased.”

“The shotgun in Ground Zeroes is beastly. It’s a portable version of Satan’s sphincter, shooting small bits of nuclear diarrhea.”

“The main mission is about tw hours, yes. But SEVERELY repayable.”

“Playing MGS Ground Zeroes for the first time! Already getting used to Kiefer. We bonded by choking loads of men in the rain.”

“Once you get used to him (and stop thinking of Jack Bauer), Kiefer is actually really good as Snake. I’ve been converted.”

“The ending to Ground Zeroes is crazy exciting. Kojima is still the absolute best at what he does.”

“Finished GZ for the first time in about 90 minutes. Total game completion? 9%. I think that tells you all you need to know.”

“A lot of exposition that would have been in cutscenes before is now on audio tapes. Don’t have to pause to listen, thankfully.”

“The whole thing feels faster paced as a result, less reliant on cutscenes with more storytelling through gameplay. It’s great.”

“The PS4 version of Ground Zeroes is gorgeous. Quite a lot better looking than the Xbox One version, too… controversy…”

“Sign on the way to the toilets. Outstanding work, @Konami.” “Btw, the frame rate is butter smooth on PS4.”

“Controls are much, much better than in MGS4. Really easy to do all the stuff you want, easier to interrogate enemies etc.”

“I really like the way they’re using audio logs to tell you parts of the story. The recordings are really well done.”

“So here’s the thing: I finished the main mission in 2h. Back to the main menu, it said that I completed 8% of the game. So yeah.”

“I have played through MGS Ground Zeroes’ main mission. Now diving into side stuff. Look for more on @IGN in March.”

“Lunchtime discussion with @MaxScoville about how we played Ground Zeroes has us giggling like children. Wackiest playground.”

“By the way, Ground Zeroes ending is really emotional #MGSVGZNASU now playing the side missions.”

“The Rambo approach doesn’t work, you really have to be a Snake.”

“After completing the main mission and a side mission in 4 hours the game says I’m at 10% completion. Sounds good to me.”

“You really are free to take on the same objective in many ways. Many different ways to be really awesome.”

“Can’t spoil much, but I can say that the 5 side missions are really a lot of fun, with some classy @HIDEO_KOJIMA_EN touches.”

“Playing MGSV Ground Zeroes in Nasu. It really shows the shift in focus from story to gameplay which I greatly appreciate.”

“It is first and foremost a game, and I think people who are used to breezing through it for story are going to be thrown.”

“Been playing for about 3 hours now and apparently 15% complete, according to the main screen with chain-smoking Boss.”

“MGS gameplay in a sandbox is a lot less stressful. If you alert the guards you can escape from last known position.”

“Ground Zeroea is the Far Cry of stealth games. Recon, plan, execute (screw it up, run away, hide under a truck).”

“Just chalked off another Side Op, which involved running from a tank. Been playing 4 hours now and apparently at 18% complete.”

“Not sure I can say much about the main GZ story mission, but it features one of the most gruesome scenes I can remember in a game.”

“There are a few big surprises in Ground Zeroes in terms of fan service.”

“MGS GZ update: played through all missions (about 5 hours) but still only at 22%, according Snake’s chain smoking menu screen.”

“I should emphasise that I am toilet at stealth. GZ is far more forgiving for run ‘n gunners – and that’s what I was doing most of the time.”

“That said, it’s definitely most enjoyable as a stealth game. Less story this time too – sandbox gameplay and score-beating is the focus.”

“Re: story, the main mission basically has two cut-scenes – and you’ve already seen one of them. Suspect this was deliberate move by Kojima.”

“I suspect the remaining 75% GZ claims I haven’t completed is collectables and high rank completion of missions.”

“I totally believe GI’s claims of sub 10 minute speed runs of main mission by Kojima staff. In fact, I reckon I could do it.”

“It will be a controversial release, one suspects.”