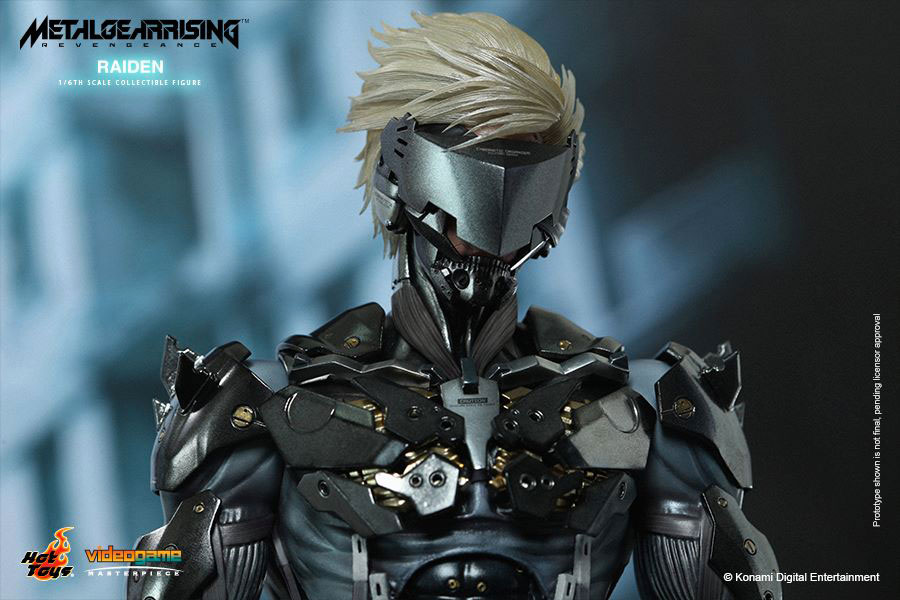 A new Metal Gear figure has been announced by Hot Toys, and Kojima shared some photos on Twitter. The company made a Naked Snake and The Boss figure before, and this time it’s Raiden from Metal Gear Rising who gets the realistic treatment. And it certainly looks impressive.

“This Black Raiden by HOT TOYS shot by myself. The ultimate photo realistic figure.”

“This is the close up, it looks so real.”

Here are some official photos of the product.

The figure also comes with a limited edition that includes Jetstream Sam’s blade and sheath as a bonus item.

The figure is 12 inch long and as you can see on the pictures, it comes with a lot of extra stuff, such as various weapons, hand, a visor and chest armor, and has nearly 30 points of articulation. It’s set for release in Q4 of this year.