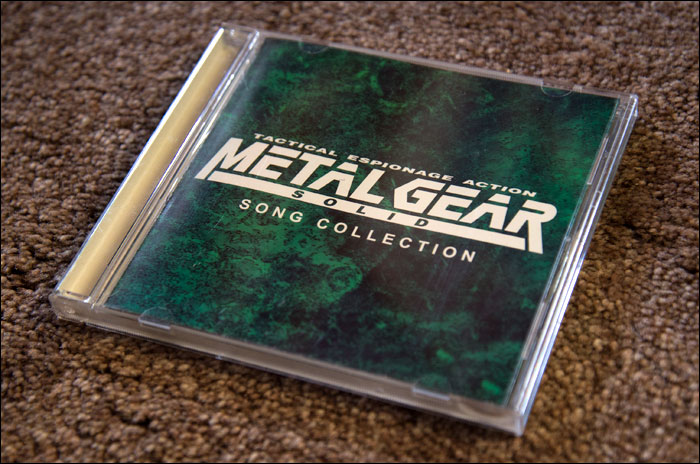 As pointed out by a reader, this CD is apparently not officially licensed by Konami. The first thing that comes to mind though is that for a ‘Song Collection’, this CD doesn’t have a whole lot of songs. You would expect a good selection from all games released at the time (when this CD came out Metal Gear Solid 3: Snake Eater was the newest title), but instead there are only 9. And they’re not all completely different tracks either, in fact three of them have two versions. Still, it’s a interesting item for collectors. What’s nice is that the cover is actually a booklet that has the lyrics of the tracks printed on it, so presentation-wise that is a plus. Bottom line: this is an item that will only appeal to Metal Gear collectors, as it’s a bit lacking in terms of actual content. Views: 903
Liked it? Take a second to support MGI on Patreon!