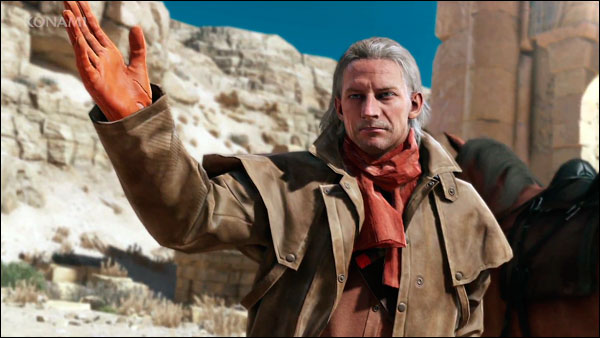 During a BioShock Infinite panel at MomoCon 2014 (May 23rd – 25th), Troy Baker spoke a little bit about his role as Ocelot in Metal Gear Solid V: The Phantom Pain, comparing it to the role of Booker DeWitt, the protagonist of BioShock Infinite, who he also voiced.

‘Tackling a role like that [Ocelot] is huge. You know, you’re not building a character from the ground up, because clearly Ocelot has been in, oh I don’t know, ‘a few games’. But it was great to be able to, again, bring it back, and scale everything down. Because he’s not the same Ocelot that we’ve seen in other games. So, understanding the simplicity that can still come across as complex.’ After this, Troy Baker stopped himself because he was getting into too much detail, and summarized: ‘No, it’s just two totally different experiences [Booker in Bioshock and Ocelot in MGSV], and that’s how I looked at it.’ The actor also expressed his excitement for the project: ‘I’m jazzed. I’m jazzed for that game, it’s going to be really good. Huge, it’s a huge game, like the scope, it’s huge.’