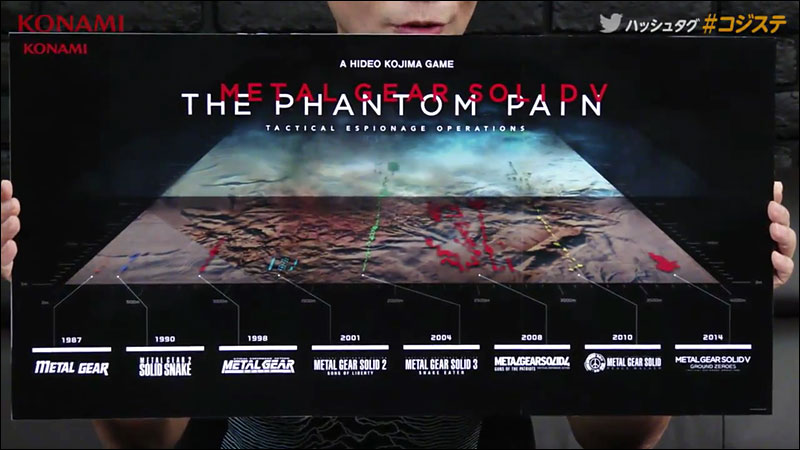 During episode 10 of Kojima Station, Kojima discussed some of his plans for E3. First, some trivia: Last year, 482.000 people from 102 different countries visited the show. Among Electronic Entertainment Expo, Tokyo Game Show and Gamescom, E3 is the biggest. Metal Gear Solid was first shown at this expo 1997. In 1998, Metal Gear Solid was the main feature at Konami’s E3 booth. This was repeated in 2001, when Metal Gear Solid 2 was shown. Metal Gear Solid 3 was featured at E3 2004, MGS4 in 2006 and Peace Walker in 2009. Last year Konami showed The Legacy Collection and a trailer for The Phantom Pain. Now, this year’s edition is almost upon us: E3 2014. 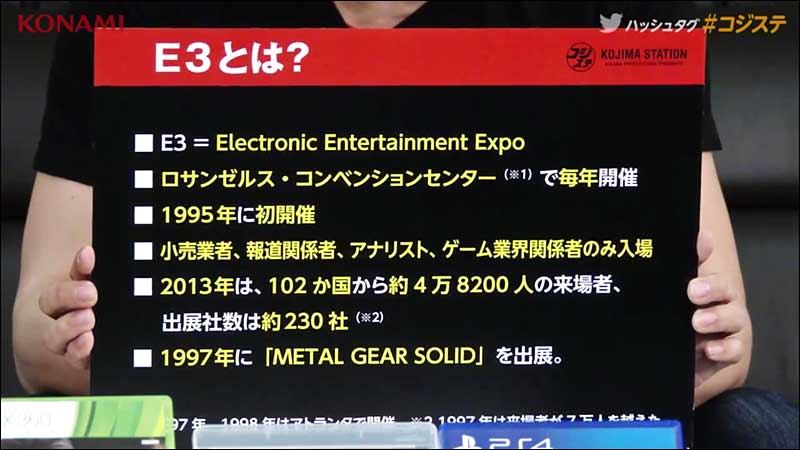 Everyone is wondering how The Phantom Pain will turn out. The theme is revenge, but what kind of revenge will we see in this game? More hints will be dropped in the next trailer.

To demonstrate the sheer scale of The Phantom Pain’s map, Kojima Productions made a comparison to the maps of the previous games. The map of MGS3 was already a huge step up compared to those before it. 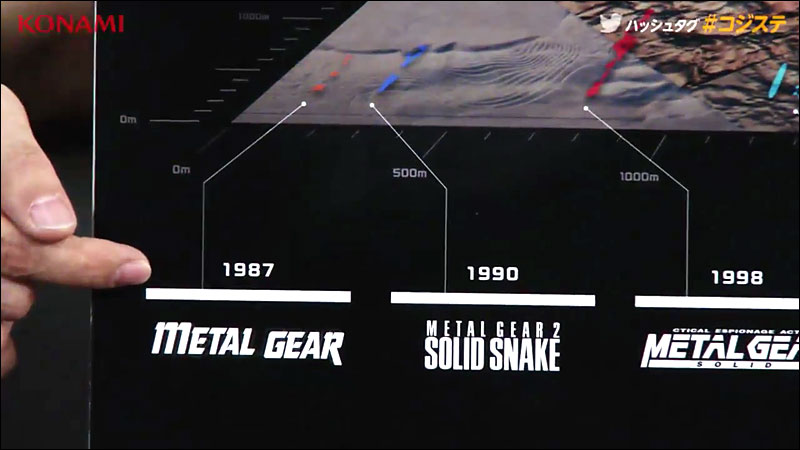 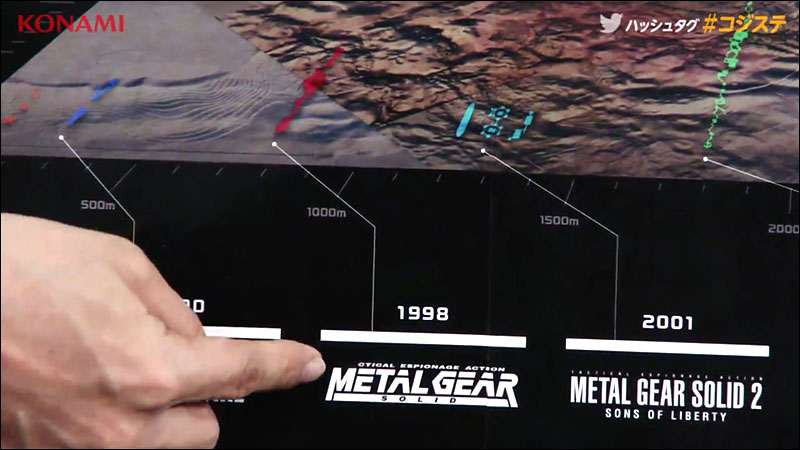 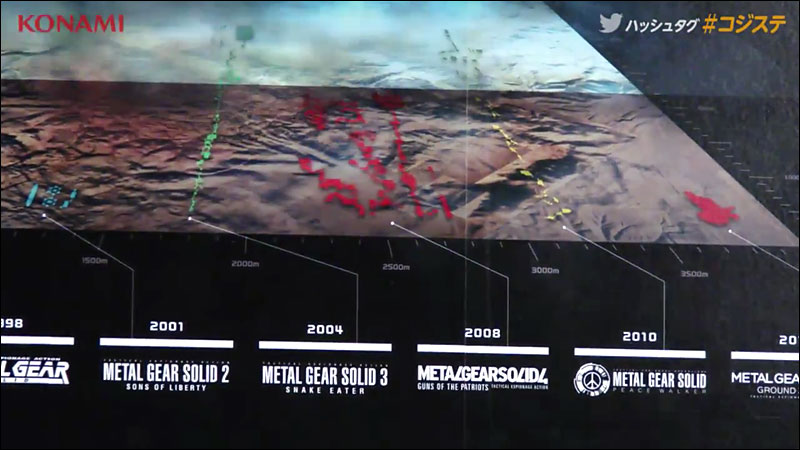 Then it was time for a sneak peek of the E3 demo, played live by Yuji Korekado. The gameplay clip they showed was running on PlayStation 4. You will always be able to hide somewhere, even if there are no direct hiding spots. In the gameplay clip we can see Snake use a dumpster and a cardboard box. Of the latter one we will see more uses at E3.

The missions will all be placed in the huge map, and will open up slowly while advancing through the game.

Kojima said he has received feedback from those who played Ground Zeroes. Wall knocking will not make a return, but you will be able to do something else instead.

All credit for the translation goes to Crimsondramon on Twitter.