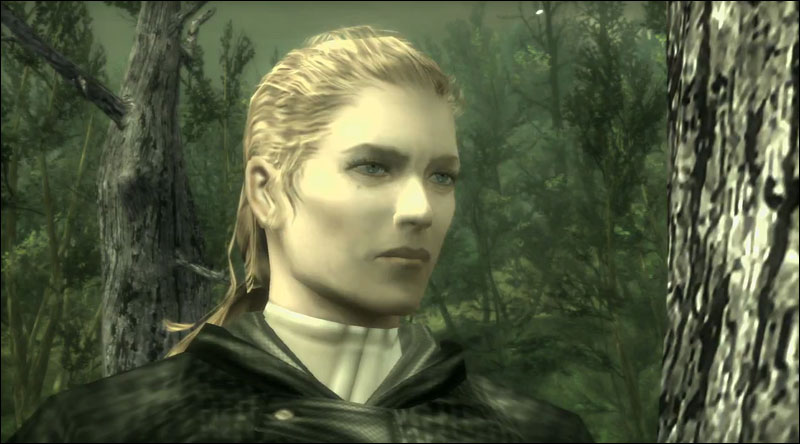 The Boss is undoubtedly one of the most important characters in the Metal Gear series. With her imposing and powerful personality and incredible charisma, she is the catalyst of many of the later events, including the creation of both The Patriots and Outer Heaven. Every character in the series who encountered her, was influenced by her presence in some way. She has an outlook on things and an ideology that is unique, and is arguably the character with the strongest willpower. None of the other characters could echo her understanding of the greater perspective and of the relativeness that characterizes personal or cultural situations.

Here are ten memorable quotes spoken by The Boss, that illustrate her imposing character, her power, her ideals and her view on the world.

The only thing we can believe in, with absolute certainty, is the mission, Jack. 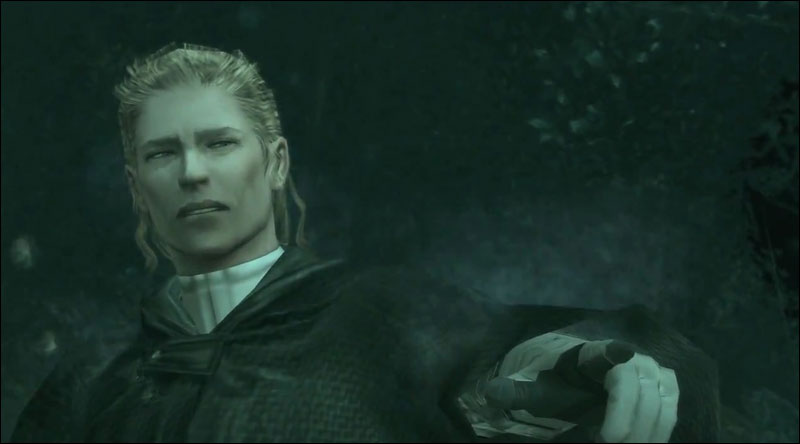 This sums up The Boss’s beliefs: because politics are changed by the times, you can’t believe in a concept like ‘enemy and friend’, since they too can change very easily. Therefor, soldiers need only fulfill their mission, without thinking for themselves. It’s the only certainty in a world of relativeness and deception and, because of that, uncertainty.

In the end, you have to choose whether you’re going to live as a soldier, or just another man with a gun. To The Boss, being a soldier means having a certain, almost sacred duty, and placing it above your own interests. You have to do whatever you can to fulfill your mission. Being a soldier is more than just being good at shooting things. The Boss explains that a soldier has to be ‘nothing more than a political tool’, but she senses that Snake is different: he is looking for a reason to fight. That is why she differentiates between what for her constitutes a soldier, and ‘just another man with a gun’. A soldier operates on behalf of the changing times, a man with a gun on his own vision.

You and I are alike. We’re both slowly being eaten away by the karma of others. We’ll never have the chance to die peacefully of old age. We have no tomorrow. The Boss says these words when she is talking about the fact that both herself and Naked Snake were exposed to radiation from nuclear tests. She feels connected to Snake because of this, and also because of how they are both fated to live their lives in a similar way.
Neither of them is the kind of person who will live a normal, carefree life, and die a natural death. ‘We have no tomorrow’. The Boss knows this about herself, given her past missions and her role in operation Snake Eater, but she also foreshadows the future of Big Boss, who would spend the rest of his life on the battlefield, first wandering the world from battle to battle, and later establishing his own military state. It’s a quote that not only says a lot about The Boss, but about Snake as well.

Is there such thing as an absolute timeless enemy? There is no such thing and never has been. And the reason is that our enemies are human beings like us. They can only be our enemies in relative terms. In a time when the world was strongly divided between East and West, and in which enemies seemed rather absolute, almost inevitable, this view of The Boss shows how she can rise above the limited perspective of a certain time in history and see how things are actually a lot more relative than most people realize. In the end, we’re all human beings, who inhabit the same planet called Earth.

He’s not going to talk. He’s been trained not to break. Trained by me. In other words: give it up. That’s the basic message Volgin can take from this, who is trying to pry information from Big Boss. Anyone who is trained by The Boss herself not to talk, will not talk. Volgin realizes she is right, and it frustrates him greatly. He vents his anger by continuing to interrogate Snake even more severely. But he knows he is not going to get any information from him.

There is no such thing as luck on the battlefield. The Boss is one of the most skillful soldiers who has ever lived, and ‘the mother of the US special forces’. Ocelot is playing a sadistic game in which he loads three revolvers with one bullet, juggles them in the air, and pulls the triggers randomly six times in a row, aiming at Sokolov. After the fifth time Ocelot remarks that Sokolov’s ‘luck hasn’t run out yet’. But The Boss catches one of the revolvers from the air and pulls the trigger – a shot is fired. It appears she knew exactly where the bullet was, and this illustrates the point she makes in this quote – that there is no such thing as luck on the battlefield. Ocelot’s cocky attitude is suddenly gone and he looks defeated. The Boss lectures Ocelot and punishes him by disassembling his precious revolver, like a mother disciplining a disobedient child by taking his toys away. She wants this to be a lesson for him.

Politics, economics, the arms race – they’re all just arenas for meaningless competition. I’m sure you can see that. But the Earth itself has no boundaries. No East, no West, no Cold War. This observation of The Boss, which came to her as she saw Earth from space, is the single most important vision in the series in terms of how they started a chain of events whose consequences would reach every part of civilization. It directly influenced Zero to create his Patriots, a ‘unified world state’, and Big Boss to create MSF (‘Soldiers Without Borders’) which would later lead to Outer Heaven, a place where soldiers would be more than just pawns, like The Boss was. Of course, they both lacked the understanding The Boss had, with disastrous results, something they would only realize years later.

There is nothing left inside me now. Nothing at all. No hatred, not even regret. And yet, sometimes at night, I can still feel the pain creeping up inside me. Slithering through my body… like a snake.

The Boss doesn’t allow herself to be lead by her emotions, because she feels they only stand in the way of a soldier’s goal: completing the mission, no questions asked. But that doesn’t mean she doesn’t have those emotions, tucked away somewhere deep inside. She points at the snake-shaped scar on her body, caused when her child was taken away from her by The Philosophers. Right before her final battle with Snake, she allows herself to express some of her emotions to him.

I raised you. I loved you. I’ve given you weapons, taught you techniques, endowed you with knowledge. There is nothing more for me to give you. All that’s left for you to take is my life, by your own hand. One must die and one must live. No victory, no defeat. The survivor will carry on the fight. It is our destiny… The one who survives will inherit the title of Boss. And the one who inherits the title of Boss will face an existence of endless battle.

The Boss knows her work is done, her mission is complete, the only task left is her death by the hand of Snake. After that, she has completed her mission, and she has paid the highest price to do so.
When The Boss describes this existence of endless battle, it is almost as if she is talking about some sort of curse, passed on from generation to generation. A burden that must now be carried by her disciple. In turn, Big Boss tells his ‘successor’ Solid Snake the same thing many years later, when he himself is defeated by his clone in Outer Heaven.

Life’s end. Isn’t it beautiful? It’s almost tragic. When life ends, it gives off a final lingering aroma. Light is but a farewell gift from the darkness to those on their way to die. The Boss has lived close to death for pretty much her entire life, going from one dangerous endeavor to the other, even killing her own comrades when the mission demanded it. Now, she knows her life is finally about to end. Self-sacrifice is not something that saddens her, though. In its tragedy, she also sees the beauty of it.