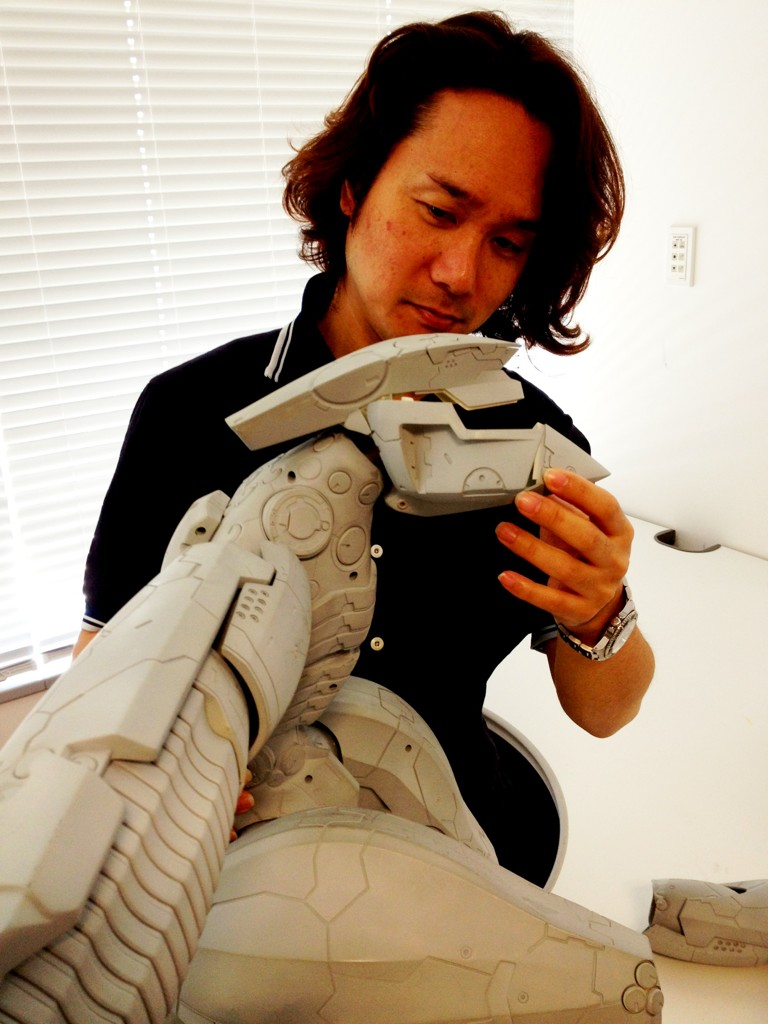 Metal Gear fans will probably remember the photos of the enormous Metal Gear REX statue that was created by a company called ThreeA. The same company is now working on a Metal Gear RAY of similar size. Hideo Kojima posted some impressive pictures on his Twitter of the prototype. Kojima placed an action figure of Gray Fox next to the Metal Gear, to compare the sizes. The cyborg ninja may look small in comparison, but with 29 centimeter in height it is a pretty big figure. Of course it dwarfs in front of the gigantic RAY.

When the statue will be available, and for what price, is yet to be announced, but it will probably be around the same price as Metal Gear REX, which costs $490.