During the latest episode of Kojima Station, the hosts looked back at Metal Gear Solid 3: Snake Eater, as part of the series’ retrospective that has been running for several episodes. One of the things discussed was Snake’s character, and how some of his dialogue shows his more human side. Here are five quotes from Snake that reveal his personality, according to Kojima Productions. Credit for the translation goes to JunkerHQ. 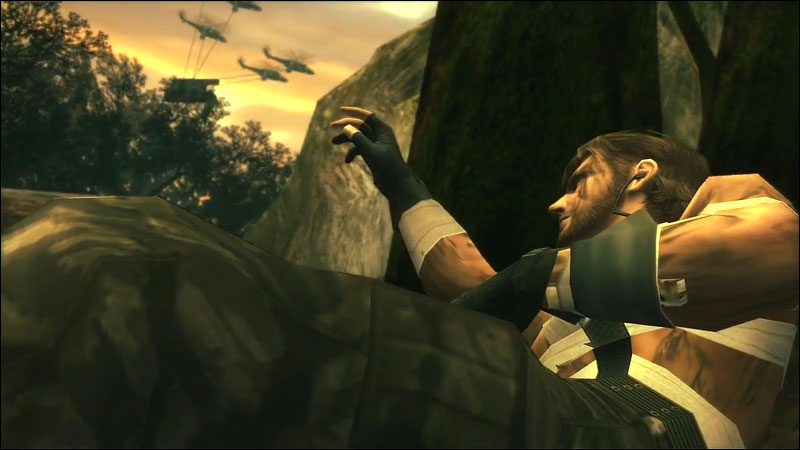 When the Boss contacts Snake via the radio, Snake is able to pinpoint exactly how much time has passed since they last talked to each other. The hosts say that it shows a more human side compared to Solid Snake (who probably wouldn’t have counted the hours), but they also find it quite creepy.

“I follow the President and the top brass. I’m ready to die for them if
necessary.” At this point in the story Snake is still very loyal to his country, and this particular quote shows his naiveté.

“The feeding ramp is polished to a mirror sheen. The slide’s been reinforced. And the interlock with the frame is tightened for added precision. The sight system is original, too. The thumb safety is extended to make it easier on the finger. A long-type trigger with non-slip grooves. A ring hammer… The base of the trigger guard’s been filed down for a higher grip. And not only that, nearly every part of this gun has been expertly crafted and customized.” When Snake is handed a new gun by EVA, he gets all excited and starts to summarize all the great features of this custom made weapon. EVA wants to know what the story is between Snake and The Boss. She asks him wether he loves her or hates her. “Does it have to be one or the other – love or hate?” Snake replies. But despite this mindset, he will eventually have to kill her in order to complete his mission. In MGS3, Snake can get his hands on all kinds of food, from animals and fruit found in the wild, to noodles and rations. Snake often wants to know the taste and discusses it with Para-Medic over the radio. He also gains more stamina from the food if he likes it. Solid Snake on the other hand doesn’t care what his rations taste like.

To watch the full episode, follow the link at the bottom.