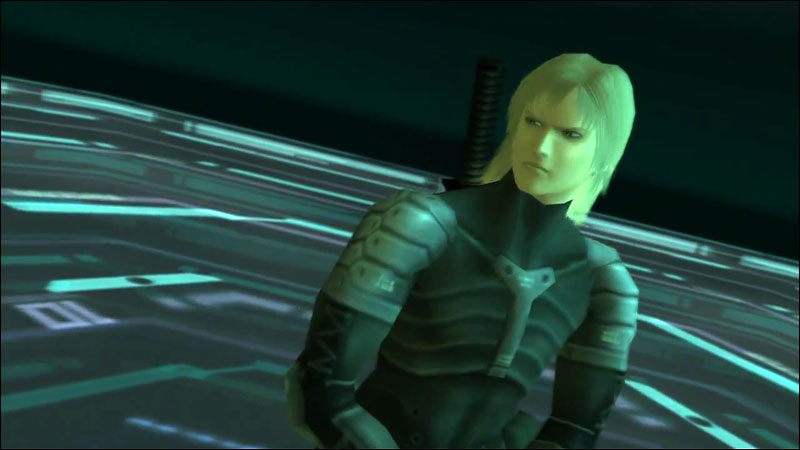 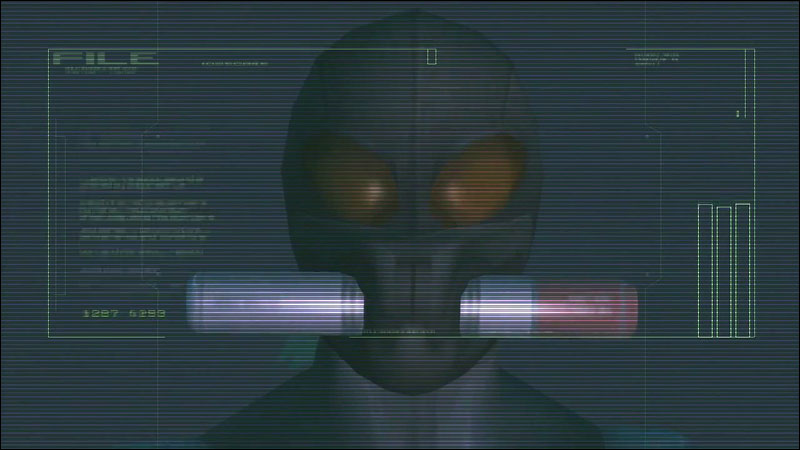 “Those days during the civil war were as real as they come. Every day was absolute, split between life and death. You ran from it, and now, you’ve been led back to war by something less than real.”

The Reality of the Mind
Introduction

We think we always know what’s real and what’s not. But in the end, everything we experience as real has to pass through the mind first. The same mind that can dream, fantasize, be deceived, get confused. So what exactly is reality the moment we experience it? After it has been decoded by our brain and interpreted by our intellect?

These are the kind of questions that are at the basis of Metal Gear Solid 2’s story. It’s carefully constructed from layers of different realities; deceptions, simulations, illusions, and the ‘virtual reality’ of the game itself. This article aims to demonstrate how these different dimensions of reality intertwine and create a (false) sense of truth; constructing a reality. 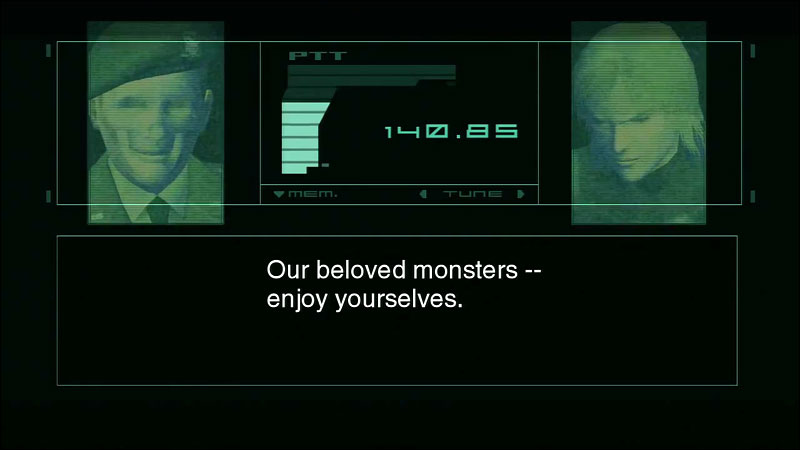 The Reality of the Dream

One way the game constantly blurs the border between reality and fiction, is by referring to dreams. At the very start of Raiden’s mission, the Colonel describes the situation as a ‘classic nightmare’. Further into the game, Raiden more than once states he feels like he’s in a dream. “It’s like being in a nightmare you can’t wake up from.”, “If the Colonel is something that I partly dreamt up, then… everything I remember about her [Rose] could be…” One of the Navy Seals at a certain point makes the same comparison: “It’s like some bad dream.” 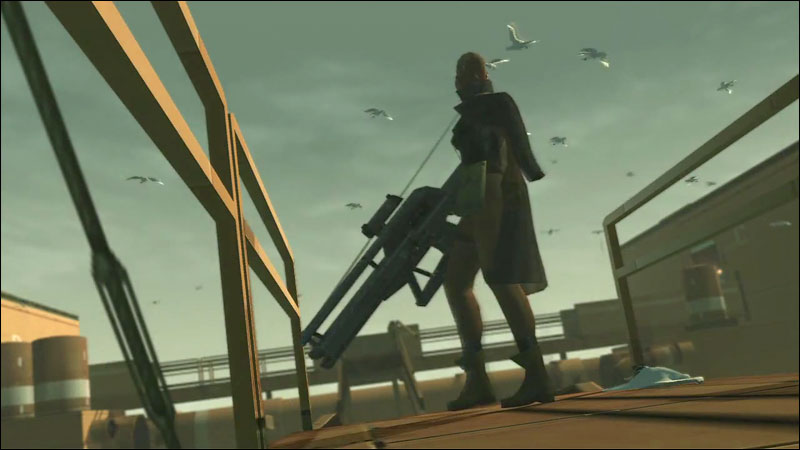 Referring to dreams makes sense, because dreams are deceiving. They create an imaginary world taking place in the head of the subject, but they can feel very real. In this way, dreams take place on the boundary between reality and fiction, so it’s no surprise that they are used throughout the game.

What’s interesting as well is how Raiden does not remember his past, but he does dream of it. ‘Pieces of the past I can’t put together.’ So in a way, the memories from the dream are real, and his memories when he is awake are not. The dream is the reality.

The Reality of the Deception

The game is filled with deception. It happens constantly over the course of the story: something that seems to be real at first turns out to be staged or faked later on. Stillman’s crippled leg, Fortune’s luck, Fatman’s bombs, Snake’s death, Big Shell’s purpose. A new reality has been created, meant to hide another one. A shroud, an illusion is fabricated, a deception meant to protect another truth. 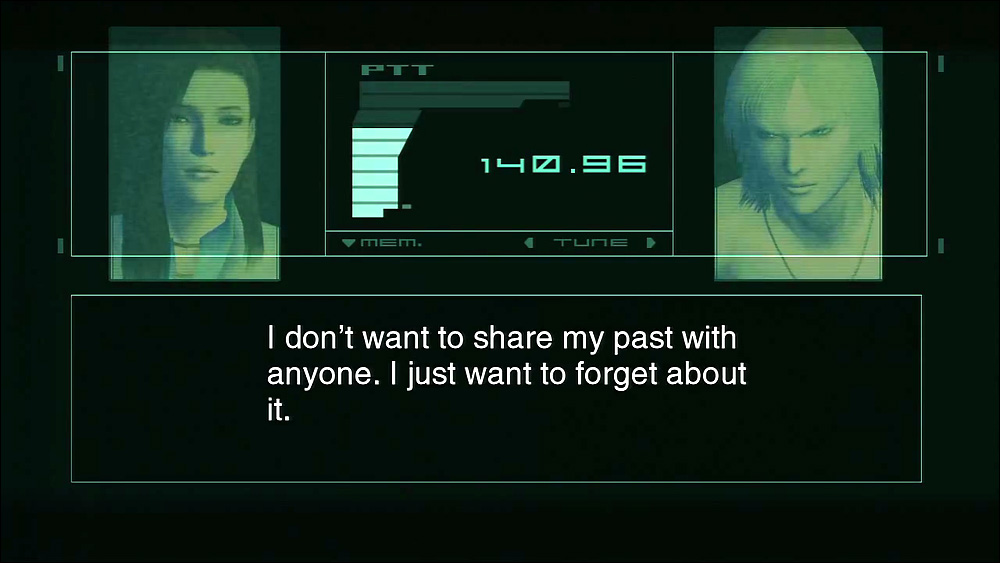 Peter Stillman fabricated his reality, a reality in which he was a victim of the bomb explosion, to protect himself from the shame. In the case of Fortune, even she believes in the newly created reality, thinking she cannot die (it should be noted though that just before she dies, she was able to deflect missiles, so does this mean her luck was real after all?). Snake’s death was, according to Otacon, ‘a deception, for our own protection’. Fatman’s bombs aren’t the actual threat, but serve as a trigger for the real thing. Even the S3 Plan isn’t what it seems to be. It’s does not stand for Solid Snake Simulation, as the player and Raiden are lead to believe, but for Selection for Societal Sanity. The leader of Sons of Liberty is not Solid Snake, but Solidus Snake. The Big Shell is not a cleanup facility, but hides the construction of Arsenal Gear. One truth hides the other. And most importantly, Raiden is shielding Jack. The former child soldier who refused to acknowledge the realities of his past, but decided to fabricate a new reality instead.

The Reality of the Simulation

Of course one very important fabricated reality playing a huge role in the game is that of the simulation. The whole mission ends up being a simulation, a recreation of Shadow Moses. Even Raiden’s commanding officer, the man he’s been talking to the whole time, turns out to be simulated. He is an AI, an artificial intelligence, a simulation of intelligence or, as Solid Snake puts it: “The Patriots are a kind of ongoing fiction too, come to think of it…”. And this fiction orchestrated Raiden’s mission. ‘Complete your mission, according to the simulation.’ The Dead Cell unit simulate the FOXHOUND unit (before they simulated terrorist threats), and Big Shell simulates a clean-up facility. 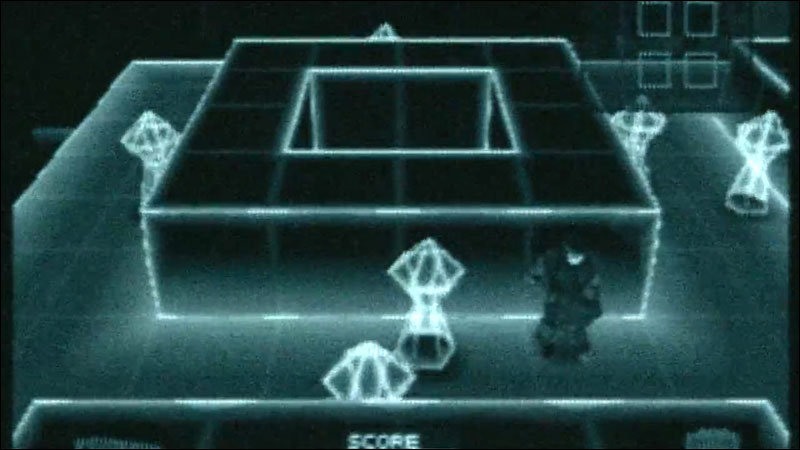 Then there is Raiden’s virtual reality training. As he describes himself: ‘The kind that’s indistinguishable from the real thing.’ He explains there’s even a ‘sense of reality’ and ‘pain sensation’. Snake argues that it’s not the same, but for Raiden, there is no significant distinction. ‘The only difference is that it isn’t actually happening.’

The Reality of the Game

But there is another kind of reality, one that transcends the game itself. And that of the game itself, and how it relates to the player: our reality, in a way. The player’s reality. By breaking the fourth wall, the reality of the player, and his world, blur into the game’s reality. At the end of the game you can, just like Raiden does, ask yourself what the definition of reality is, and wether it is really nothing more than ‘what your brain tells you’. 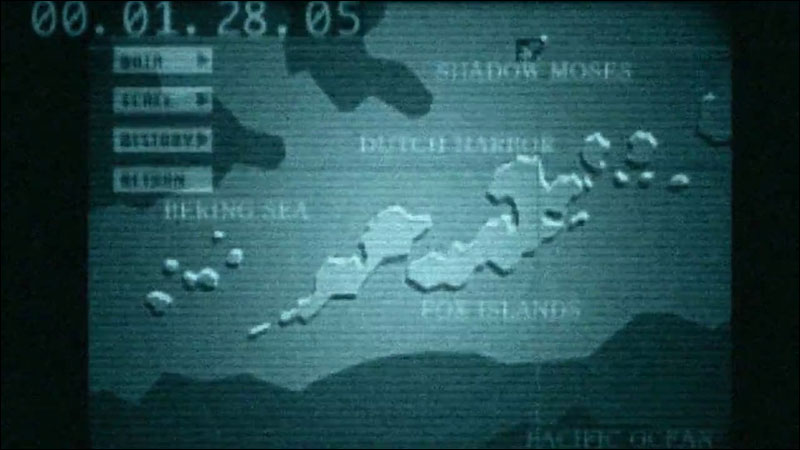 At a certain point in the game the AI even talks directly to the player, telling him to switch off the console. It seems that some players actually did so. Why? They knew it was just part of the game, and that they would lose save data. But they did as they were told, without thinking logically for themselves. This reflects Raiden’s situation in the game. ‘It’s a game, Raiden. It’s a game, just like usual.’ the ‘Colonel’ says. And it is. Raiden’s VR training is ours as well, when we played Metal Gear Solid. How real is our memory of Shadow Moses, now that it’s just a memory? And if this is a game, then what is our role? Do we play Raiden, or do we become Raiden?

The Reality of the Memory
Conclusion

But Raiden himself is part of the deception too. He is not the rookie he appeared to be. He has had ‘more field experience than he can remember’. When he was trained to fight as a child soldier in Liberia, certain methods were applied to obscure the reality of what he was doing. Gunpowder to keep him drugged, image training to make it feel like a movie. This is, of course, very significant to understanding why this reality theme is so important for the story. Raiden’s memory has been suppressed (either by The Patriots or by himself), and he is led to believe a new reality. And so are we. And perhaps that’s why Solidus Snake’s words, spoken near the end of the game, are so meaningful.

“Those days during the civil war were as real as they come. Every day was absolute, split between life and death. You ran from it, and now, you’ve been led back to war by something less than real.” 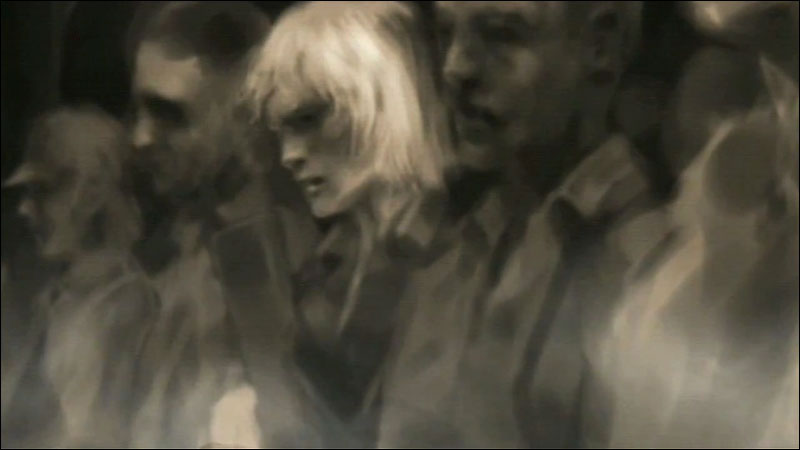 Raiden tried to deny his past, to forget the reality of what he has done. By refusing to accept this reality, by not allowing it to exist in his mind, it actually would cease to exist, in a way. But it also returned to him whenever it could, in his dreams, and only by acknowledging it was he able to move on. “Unless you kill me and face your past, Jack, you will never escape,” Solidus tells him. “You’ll stay in the endless loop – your own double helix.”

Do people live in realities, or do realities live in the minds of people? Is reality a product of the brain, or does it exist outside of these boundaries? What are we supposed to believe in? Even if Snake cannot answer these kind of questions for Raiden, one thing he knows for sure.

“Everything you felt, thought about during this mission is yours.”

And maybe that’s as real as it’s going to get. 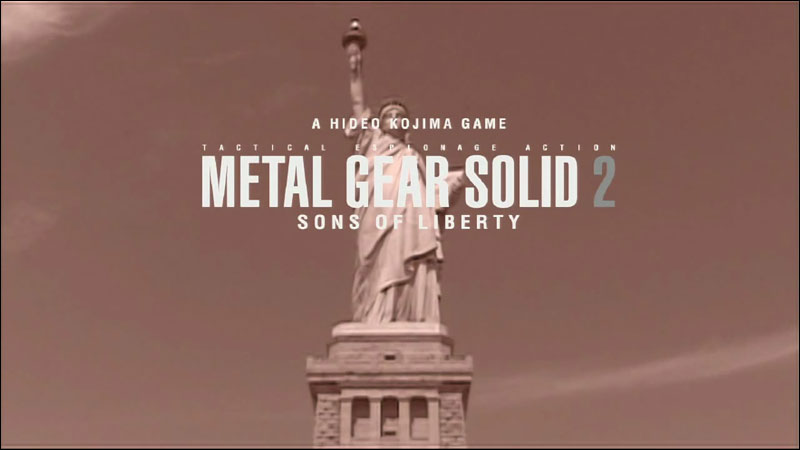