In an interview with Cinelinx, talking about his new movie Wolves, screenwriter and actor David Hayter was asked what he gets recognized more for. Hayter has worked on several successful movies as a screenwriter, such as X-Men and Watchmen, but while this has gained him appreciation, most recognition comes from his role as the iconic character(s) from the Metal Gear series.

“Metal Gear is a phenomenon that gives me fans worldwide.” David Hayter explained. “It’s stunning, the impact.” According to him, people generally just don’t really know what a screenwriter of voice actor does. “But Snake is so iconic, Metal Gear has impacted millions of people around the world.” he said. “I get recognized more by far for that.” 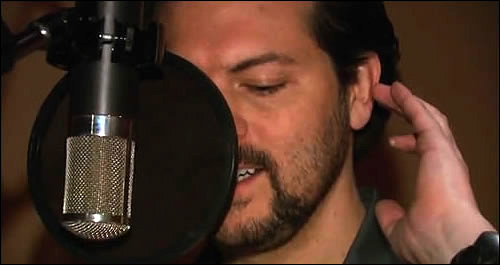 Hayter also said he never gets tired of doing the Snake voice when he is asked in public. “You can do something with your voice that instantly makes people happy.” he explained. “I appreciate having that run on those games. I’m glad it’s made so many people happy.”

To read the full interview head on over to the link in the source section below.

Views: 373
Liked it? Take a second to support MGI on Patreon!