Hideo Kojima posted some photos on his Twitter of the E3 booth of Metal Gear Rising: Revengeance. It seems like the game is receiving plenty of attention, judging by the line. 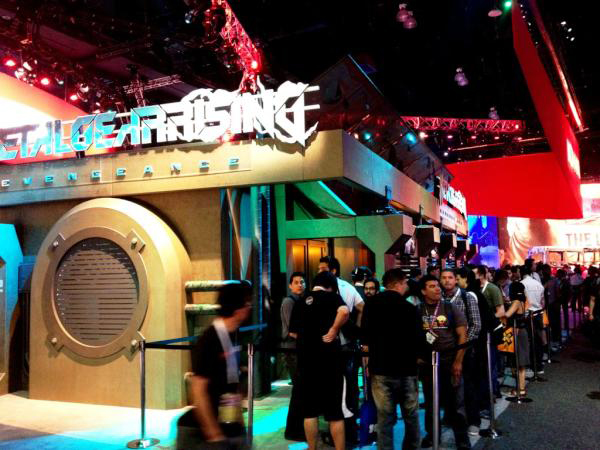 On this photo you can see a poster with some artwork for the game. It’s the same art that was featured on Kojima’s E3 business card. Raiden has just sliced a police car in two. Lastly, it seems that the game has already received a nomination for an E3 award: the Machinima Best of Show. Views: 423
Liked it? Take a second to support MGI on Patreon!