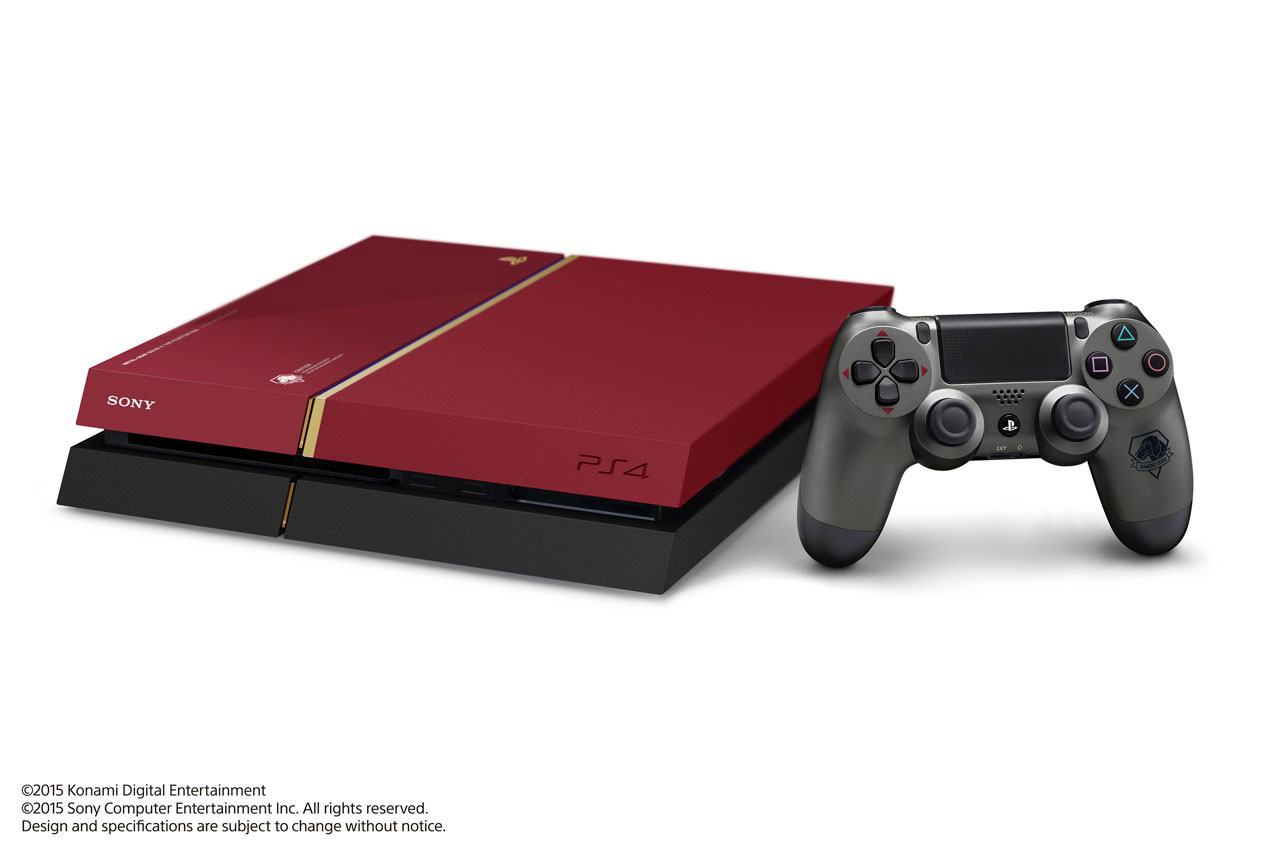 Fans around the world have been wondering wether they will get a chance to buy the special edition MGSV PlayStation 4 console that was announced for the Asian market this week. Despite what we thought earlier, the possibility may be there. Earlier, Japanese site Gamekana (translated by DualShockers) reported that the console might be released outside Japan if there is enough demand for it. And now on Twitter, in response to someone saying the console should be released in Europe, Konami Europe stated they’ll be keeping track of the demand, and that they ‘have to investigate’ whether it will be released in Europe or not. At least they’re not excluding the possibility. So if you want it to come to the west, make sure to let them know. [READ BELOW FOR UPDATES]

Update: Meanwhile Ken Imaizumi, senior producer at Kojima Productions, said on Twitter that people who want the console should ask Sony, since they’re the ones selling it.

Update 2: Ken Imaizumi (Kojima Productions senior producer) now asked Sony in a tweet to consider a worldwide release for the MGSV PS4 (after receiving multiple requests himself). So if you want it and have a Twitter account, it might be a good idea to retweet this, so Sony can see the demand:

How about releasing MGSV PS4 globally? It's gonna be a best PS4 ever! @PlayStation @Sony pic.twitter.com/euDwFjkTvk

Views: 926
Liked it? Take a second to support MGI on Patreon!