Here are some pictures of the Metal Gear Solid V: The Phantom Pain promo box as it can be found in Japanese stores (posted by KJY on Twitter). This is a dummy box for stores to put on display meant to promote the game before release. Notice it still says ‘A Hideo Kojima Game’, but it’s unsure if this text will also be on the final box art of the game, as this may be an older item. You can also see a nice timeline of the previous Metal Gear Solid games, and a list of features that will be in The Phantom Pain. 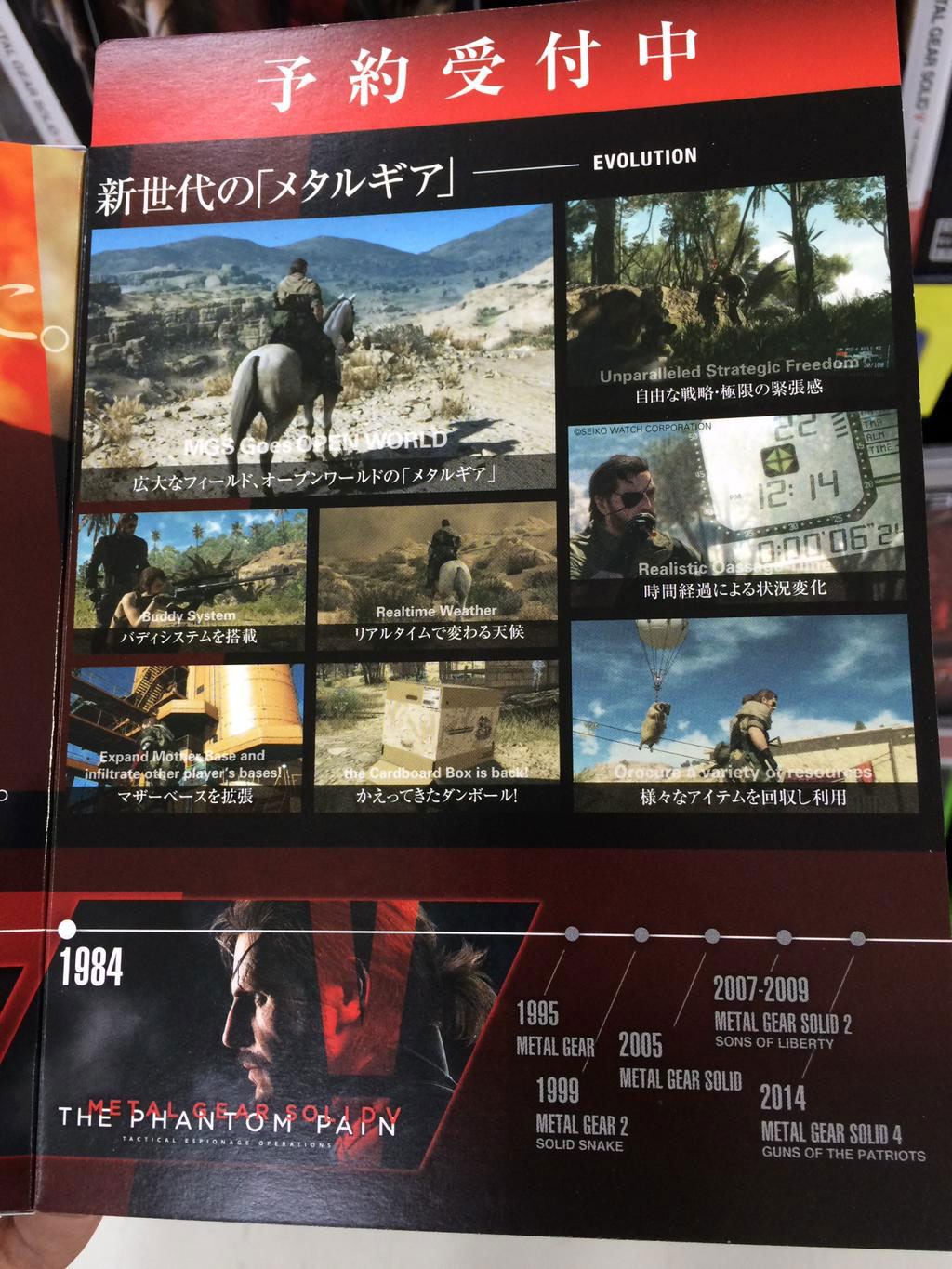 Update: On another photo we can see a promotional stand for the game in a Japanese store, again with the text ‘A Hideo Kojima Game’. Update 2: Ed K. from Chicago was kind enough to send some more photos our way of the promo boxes in a game-store in Kyoto, Japan.