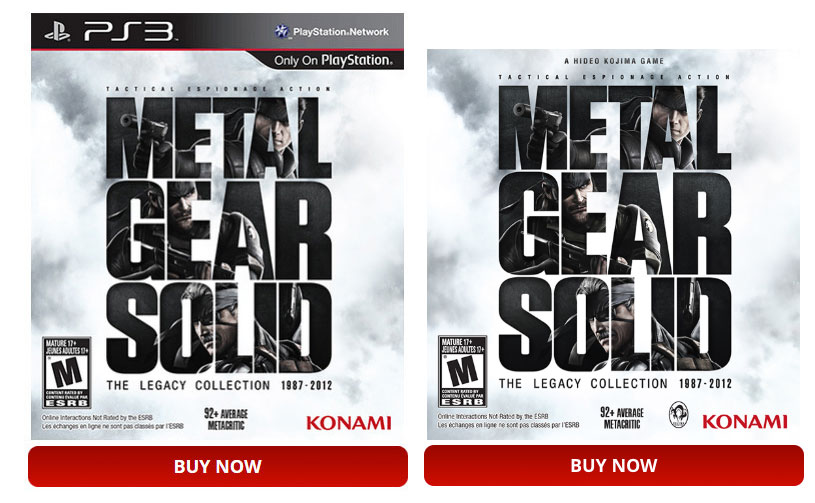 After removing Kojima’s name from all promotional material, causing a lot of backlash from fans, Konami has suddenly re-added his name to The Legacy Collection on their official site. However, the name remains absent from the other games for now. The Legacy Collection’s artwork now looks the same as it did before the changes on March 19.

It seems the Kojima Productions logo has also been put back on The Legacy Collection boxart, which you can see by clicking on the game from the product page. Before and after (before-image via VideoGamer.com)

Furthermore, his name has returned in the product description for Metal Gear Solid: Snake Eater 3D (same goes for the Legacy Collection):

From the critically acclaimed director, Hideo Kojima, a new 3D experience re-imagined from one of the most popular METAL GEAR SOLID titles from the past, comes METAL GEAR SOLID SNAKE EATER 3D.

To be continued, probably.