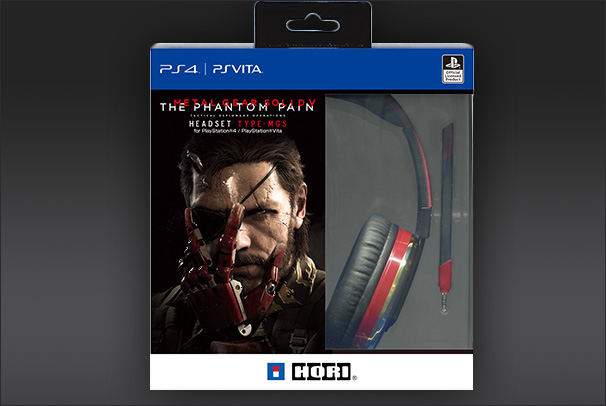 A new Metal Gear Solid V themed item is available on Amazon Japan. This time it’s a PlayStation 4 headset made by Hori. 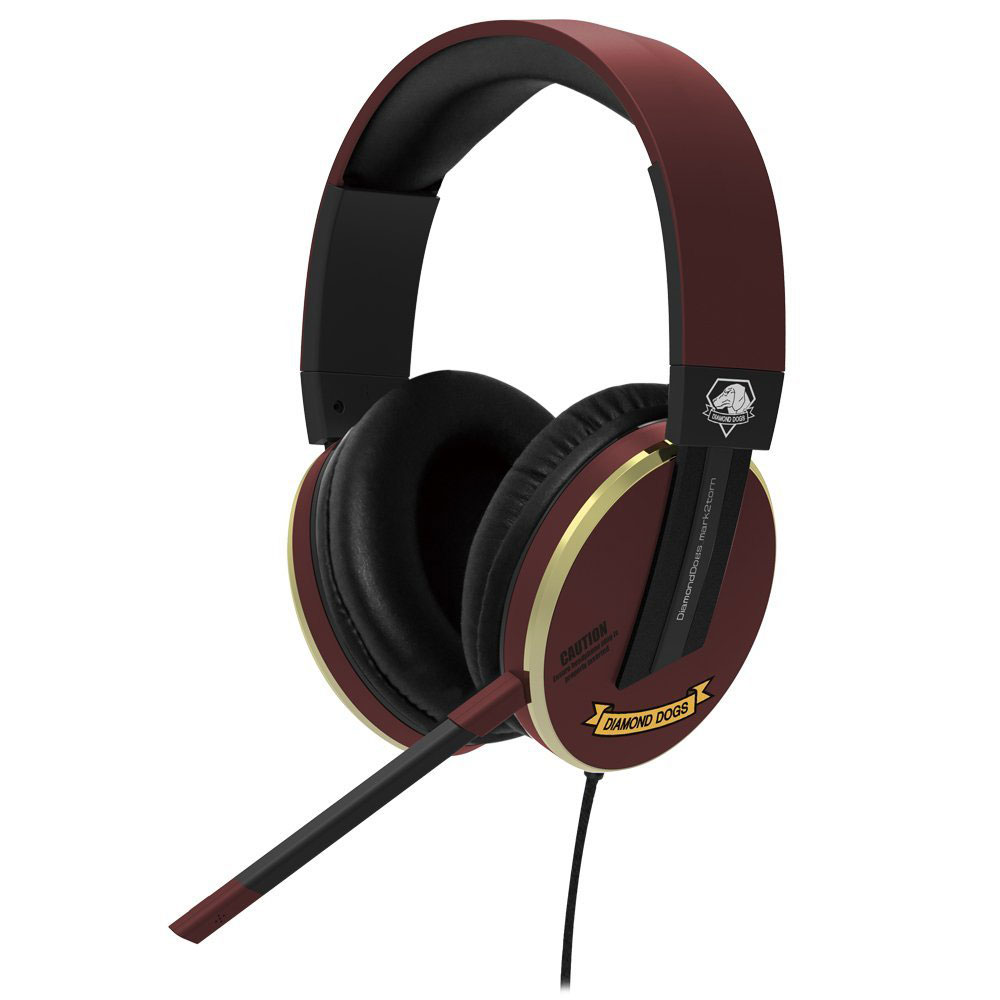 Just like the special edition Diamond Dogs PlayStation 4, the design is inspired by Snake’s bionic arm, using the same red and gold color scheme and ‘caution’ text. It also features a Diamond Dogs logo and banner.

The headset will be released on the same day as the game in Japan: September 2nd 2015, and can be purchased for a price of 7538 yen (about $63 USD or €60). To visit the product page on Amazon, follow this link.

Here is some additional information taken from Play-Asia:

Inspired by both the Limited Edition Metal Gear Solid V: The Phantom Pain Custom PS4 Console as well as Snake’s prosthetic arm seen both in the game as well as in the Collector’s Edition as a premium, Hori will be releasing a Stereo headphone with a matching theme as the pièce de résistance!

Based off of Hori’s Stereo Headset 4 HG for the PlayStation 4, this edition re-skins an already solid choice for console gaming headphones and comes in red, black, and gold trim with a Diamond Dogs logo on the earpiece. The unidirectional microphone can be adjusted lengthwise, and is equipped with noise cancelation, blocking ambient sounds. There is also a conveniently placed volume control attachment on the cable that connects to the DualShock 4 via a 3.5mm jack plug.

Offering a flat should signature, these headphones will faithfully recreate the sounds and music of the game, without altering any EQ levels, especially when game audio is now at a level akin to Hollywood Movie mixes and masters!

Releasing on September 2nd – the same date of the Japanese launch for MGSV: The Phantom Pain, secure yours now!

Extremely Limited: If you’re interested, please place your pre-orders as soon as possible. Only for the PlayStation®4