Gecco has revealed the details on a new San Diego Comic Con 2015 exclusive Metal Gear figure: White Raiden from Ground Zeroes’ Jamais Vu Mission. San Diego Comic Con is taking place July 9-12, but as detailed in the specifications below, the figure will also be available at some retailers. 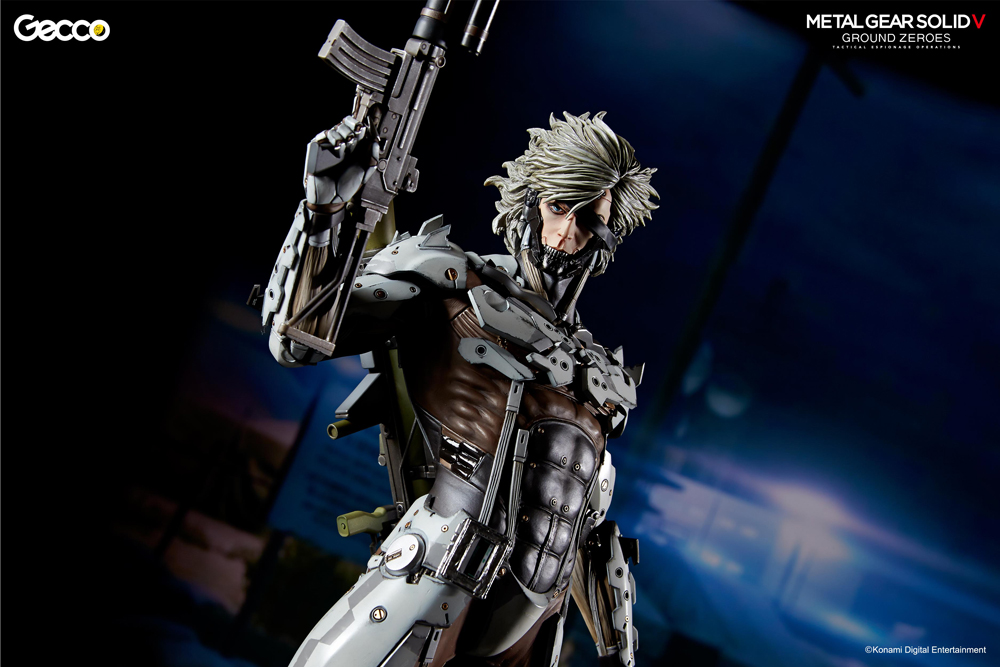 Below are the official specifications and product details:

*For those who cannot attend SDCC, the limited quantity will be
distributed by the following distributors. Pre-order will start on May
11th. The goods will be shipped in the end of July.
– Mamegyorai (Japan)
– Ultra Tokyo Connection (North America)
– D4TOYS (Other countries)

Figure features
RAIDEN in white armor from the extra ops mission “JAMAIS VU” of METAL
GEAR SOLID V: GROUND ZEROES is recreated as the exclusive figure for San
Diego Comic-Con 2015.
In contrast to the familiar clean shiny black armor of MGRR RAIDEN, this
exclusive white version tells the story of his fierce battles,
highlighting his damaged armor.
His usual weapons, the blades and scabbards, are changed to the giant
rocket launcher on his back and the assault rifle in his right hand. The
assault rifle can be displayed with or without the suppressor.
The base features sandbags piled high and a fallen sign, representing a
classic stage of the video game.
The eye glows red with a mounted LED in the head. The effect of “Augment
Mode” is added on the visor.

About Mission “JAMAIS VU”
“JAMAUS VU” is the extra mission unlocked only after clearing the main
story of METAL GEAR SOLID V: GROUND ZEROES. RAIDEN got called in to
eliminate the mysterious bioroids known as “Snatchers” that had
infiltrated the base by killing people and stealing their identities.
The White Armor can be gained after completing this mission on normal
difficulty.

Here is a selection of pictures showing off all the details and features of the figure: 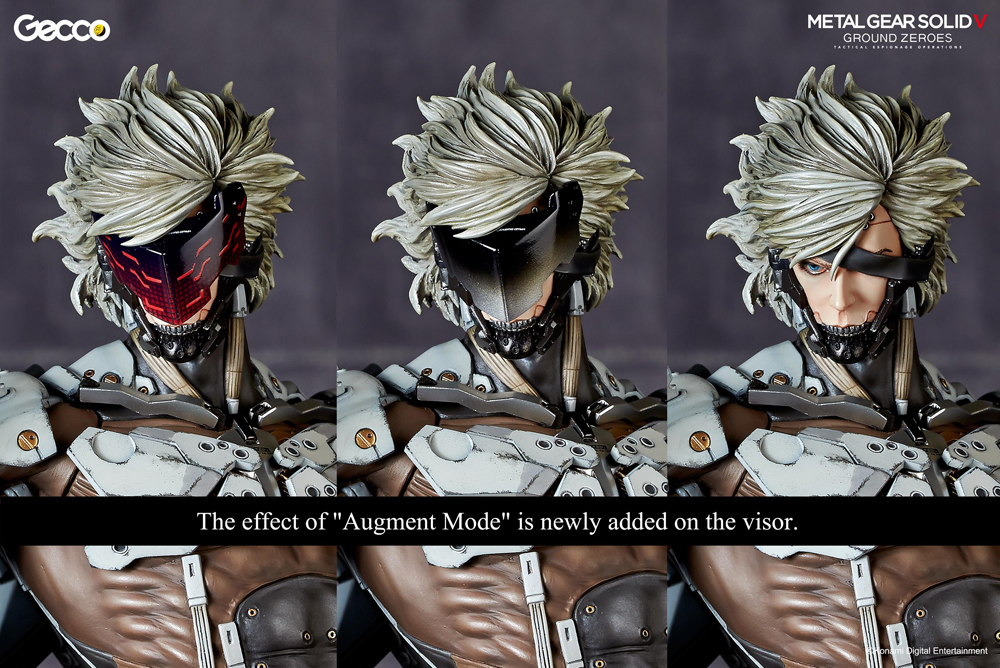 Kojima himself also posted a tweet about the figure: 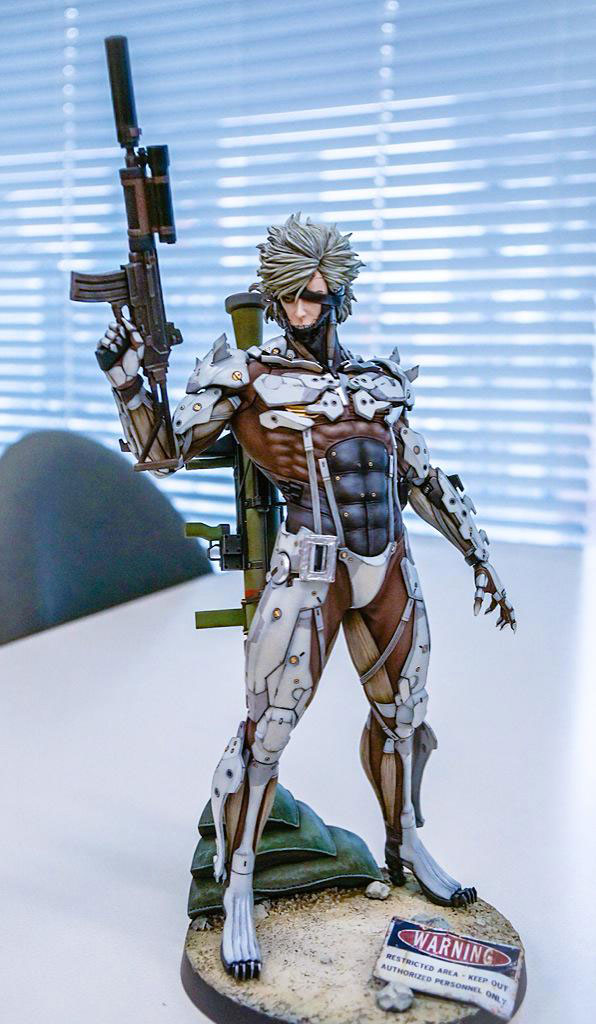 “This one is by Mamegyorai. Limited MGSV GZ JAMAIS VU Raiden white version. Pictures taken by myself.”