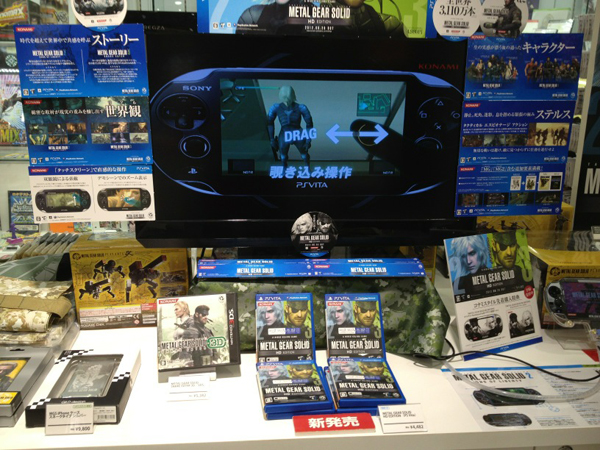 Metal Gear Solid HD Collection for the PlayStation Vita released this thursday in Japan, and KP spokesman Tsubuyaki Jiroo posted some photos on his Twitter of promotional material for the game. First of all, a picture showing preparations being made at the Konami Style Store in Tokyo. There was also a two page advertisement in this week’s Famitsu. Thirdly, there’s a photo of a stand where you can take a test tour of the game. Jiroo also posted a photo of the Japanese version of the game. Here’s a photo of another stand posted by Yuji Korekado. Konami has released a patch for the PlayStation 3 version of the MGS HD Collection that will allow transfarring with the PS Vita version.

Views: 528
Liked it? Take a second to support MGI on Patreon!