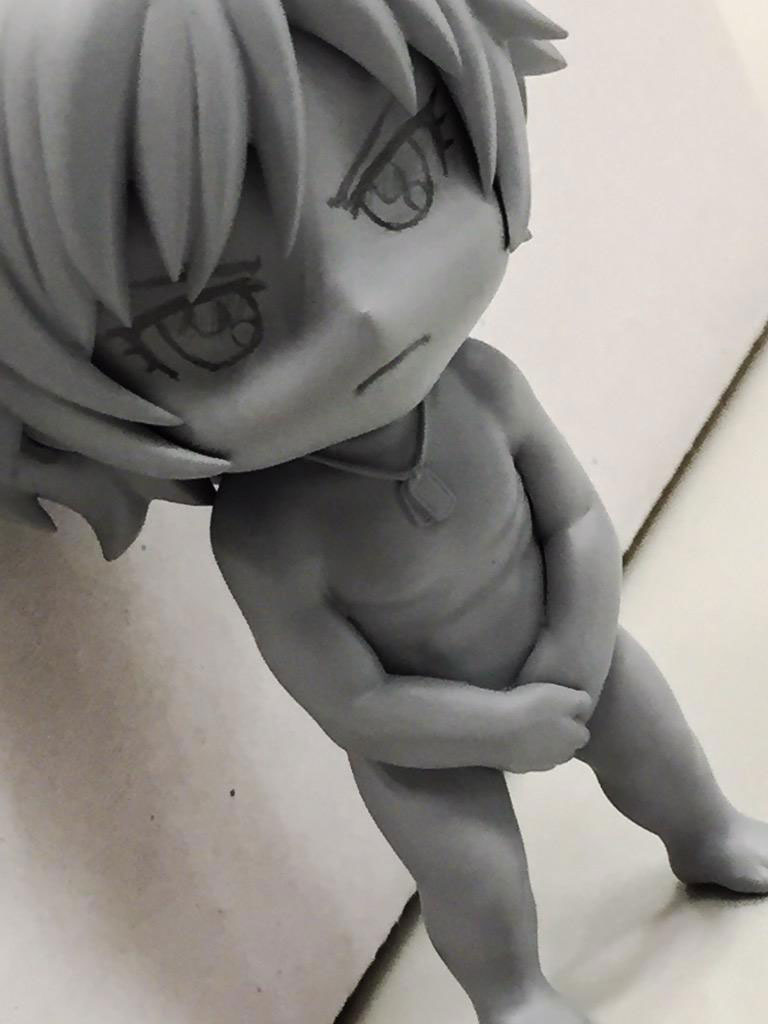 It was announced at Wonder Festival at the beginning of this year that Goodsmile would be releasing two new Nendoroid Metal Gear figures: Raiden from Metal Gear Solid 2 and Venom Snake from Metal Gear Solid V. Today Kojima has tweeted two new pictures of the Raiden figure. It doesn’t have a paint coating yet, but we can see it will come with his HF Blade and a M4 rifle (aside from his SOCOM pistol with suppressor, probably). Update: Seems like there’s also an naked version of his body. “As mentioned before, this is Nendroid Raiden in naked parts.”