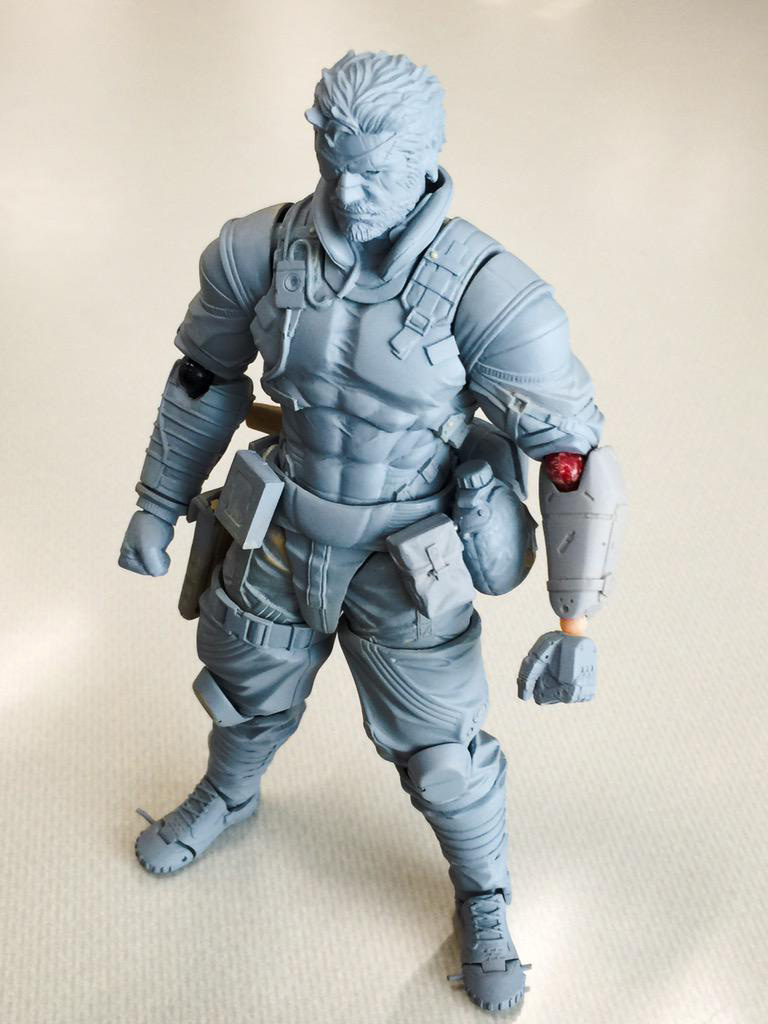 First there was the Revolmini Venom Snake, now the company is working on a new Venom Snake figure. On Twitter, Kojima showed the unpainted prototype on two pictures. It looks like it has a lot of different joints and articulation points, but no details have been announced so far.