Check out the Metal Gear Solid V: The Phantom Pain poster that will be on display in Japanese stores from August. It features a very bloody Snake and Quiet, both very much in need of a shower. 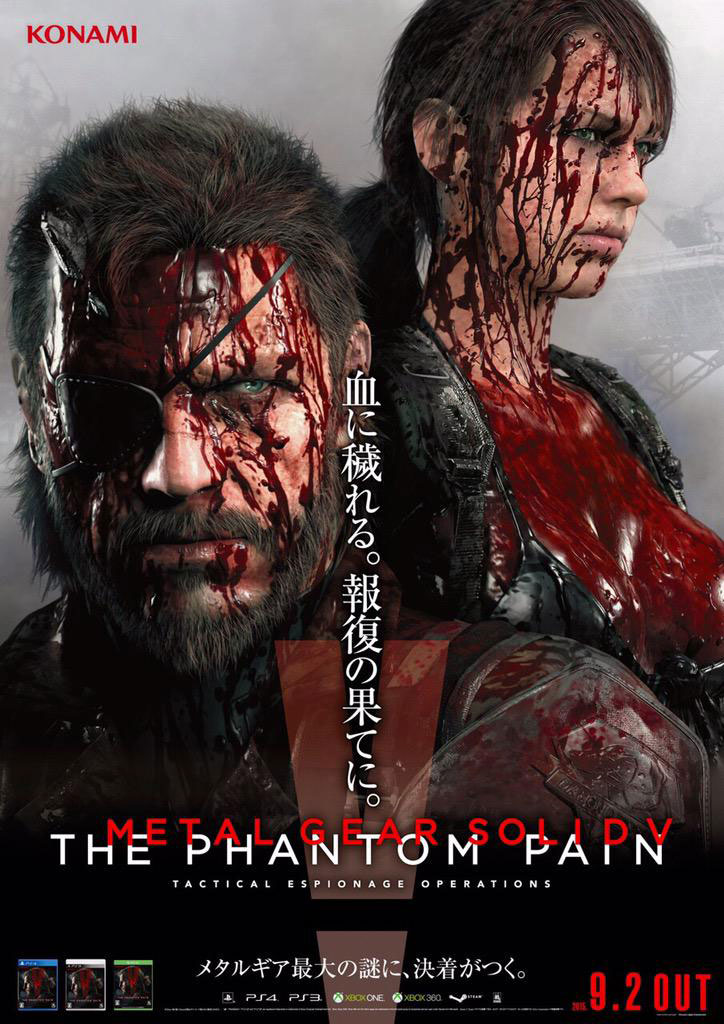 New & final visual poster for limited stores, will be displayed from Aug.”Stained In Blood, The Aftermath Of Revenge”

According to Ken Imaizumi, some stores refused to display the poster, due to its graphic nature most likely. He also said that it might used for promotion outside of Japan as well. “This one was testing in blood visual few months ago, exaggerated version like a horror movie.”