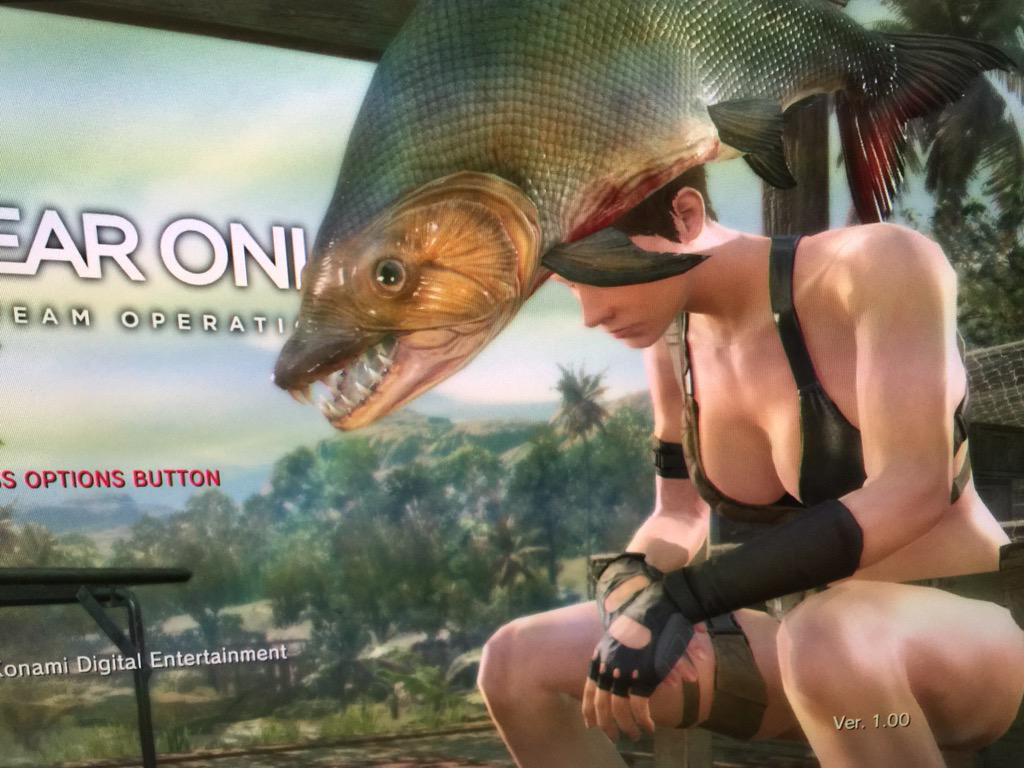 Metal Gear Online is about to be shown at this year’s Tokyo Game Show, and Kojima has teased a photo of the game’s title screen on Twitter. You may be wondering: what on earth am I looking at? Well, probably a character with some… interesting customizations. Maybe this is some of the headwear suggested by fans? You can see the title screen is similar to the one for The Phantom Pain, except your character isn’t sitting in the chopper but in what looks to be an African environment.