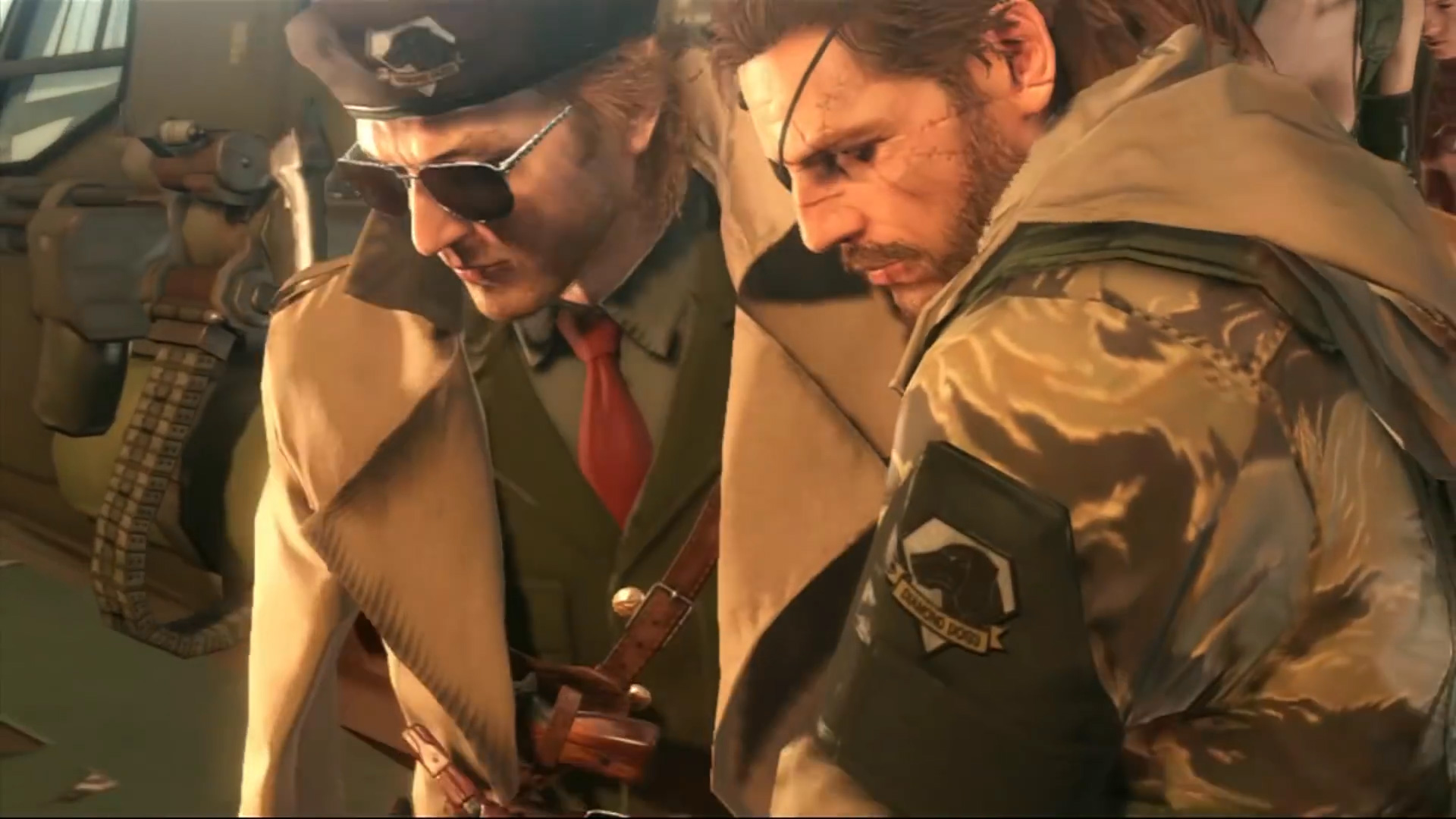 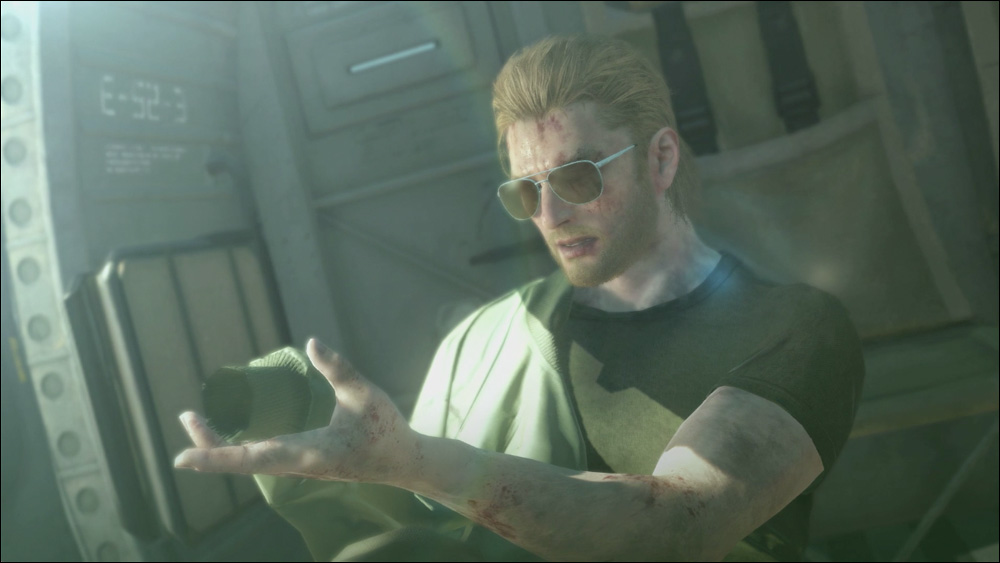 “All that matters, is that’s the concept that’s taken shape in their heads.”

INTRODUCTION – how we understand the world through language

Language is a lot more important than we often realize. It’s not simply a tool for communication, it is so much more. We understand the world through language, we think in language. And our thinking makes us who we are. This is why language is so closely tied to identity. For example, Skull Face’s identity was ‘stolen from him’ because his language was stolen from him. “With each new post, my masters changed along with the words they made me speak. With each change, I changed too.” We cannot observe and interpret the world in the same way if we change our language. Language is probably the most important part of what makes us humans different from other species. Take the concepts of history and future, for example. We have these because we have language. And now, it’s impossible not to think in these concepts, we live our lives around them. They are as real to us as anything.

The Phantom Pain’s story revolves around the relation between (physical) objects and (abstract) concepts, between signified and signifier – and how language plays a central role.

In the same way as language is more than just a tool for communication, a name is more than simply a way to refer to someone. It’s part of someone’s identity, and by giving someone a specific name you can steer the interpretations tied to it – shape the concept. Define it. In the game this idea is reflected in several of the characters as they (or others) talk about their names. 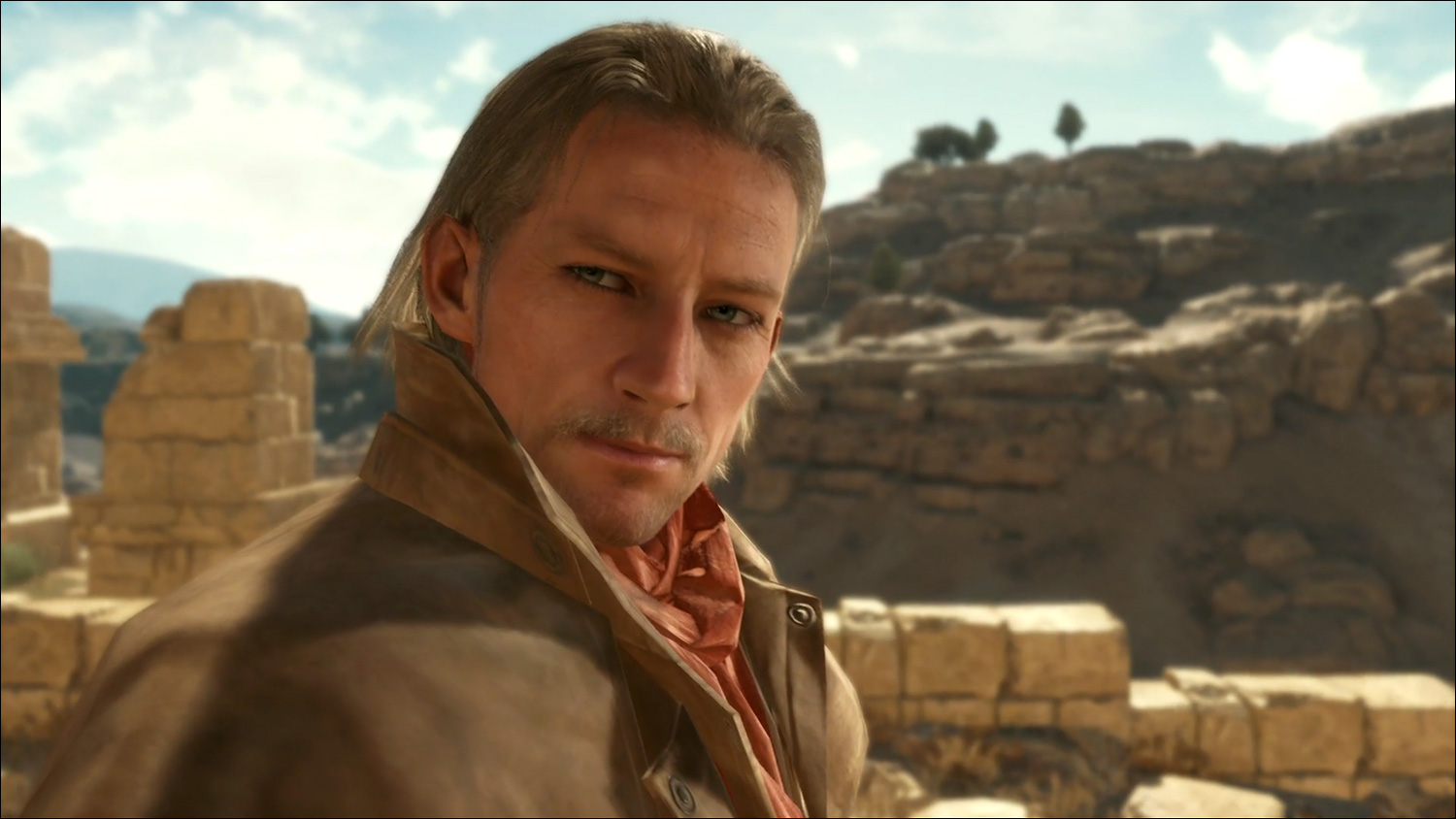 Around the time The Phantom Pain takes place, the Mujahadeen started calling Ocelot ‘Shalashaska’. This name is the result of how they see Ocelot – their concept of Ocelot; a combination of several concepts that in their mind, make up this man. The moniker is more than a tool for reference, it encompasses their way of seeing, and the reason the name came to be in the first place has everything to do with their concept of this man – and of course, the specifics of their language. But as soon as this word existed, the concept – the idea of this man called Shalashaska – existed as well. 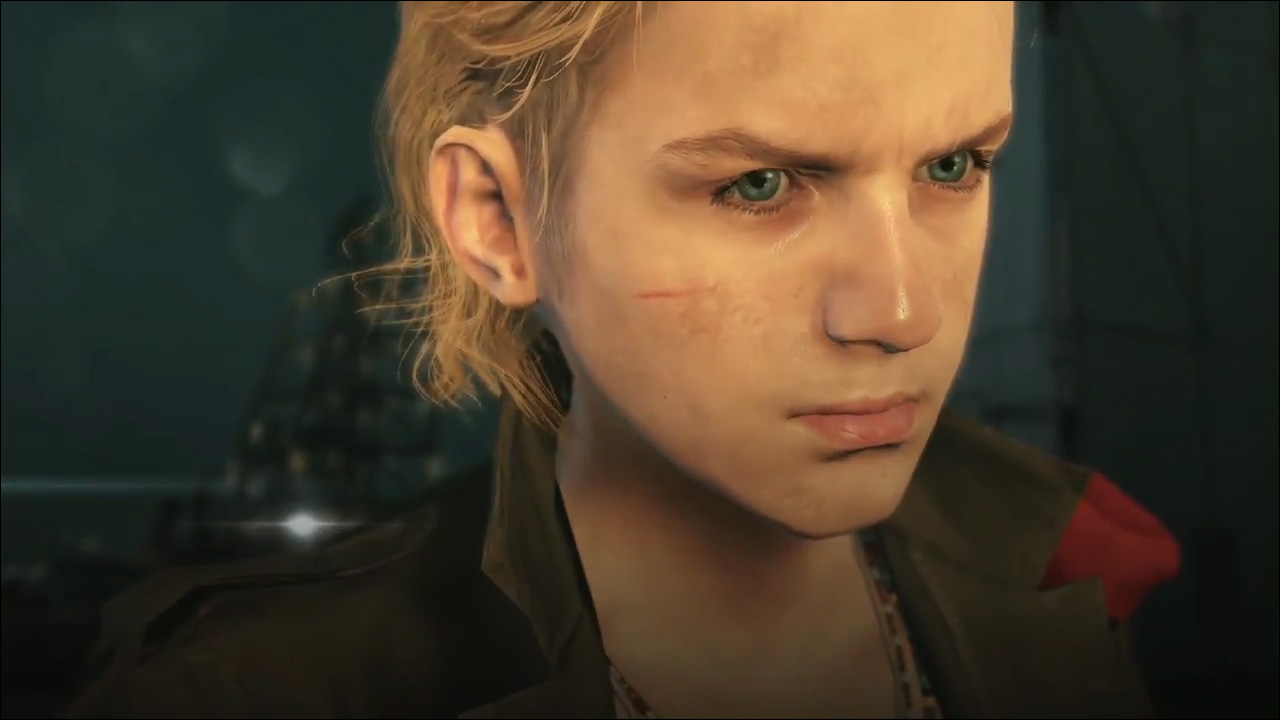 To Eli, his Kikongo name is who he is, how he sees himself and how he wants others to perceive him. Eli is the clone of another man, the inferior carbon copy, but Nyoka ya Mpembe (White Mamba) is his own person, the leader of a group of child soldiers. “Word of the infamous White Mamba spread fast.” To Eli, calling him by his ‘real’ name is denying him this identity, the one he chose for himself. After arriving on Mother Base, the children are instructed to abandon their ‘noms de guerres’, it’s the first step in removing their ‘child soldier’ identities. But Eli does not comply, if he gives up his name, he’ll lose control. He sees losing his name as a great threat. He is aware of the effect of words, aware of the power of language. 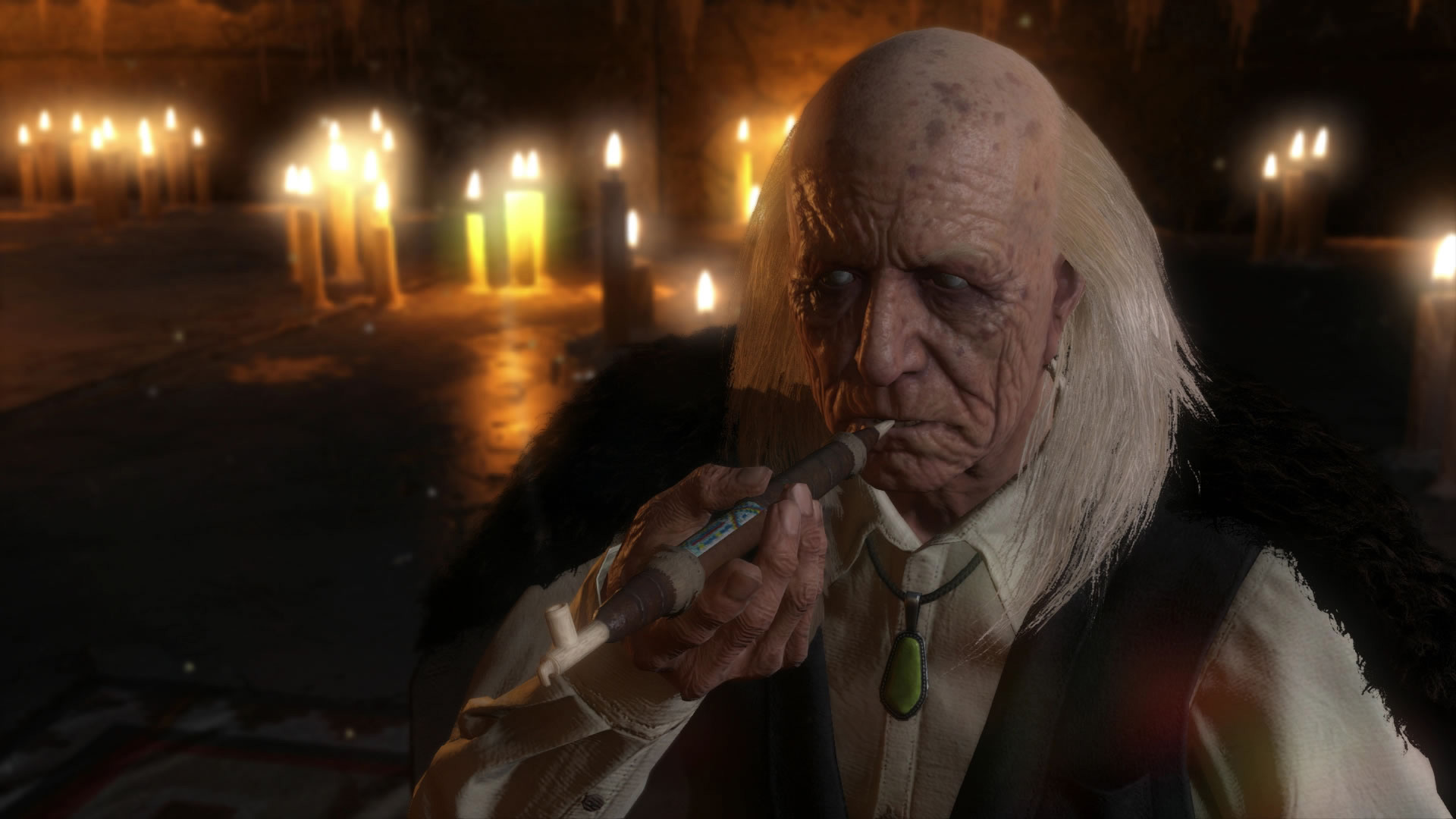 As a child, Code Talker – like many Native Americans – was brought to a Native American Boarding School to be ‘educated’. In an attempt to dissolve his culture, he was forbidden to speak Navajo. “To erase our words was like erasing our people.” But he was also given a new name, George. It was an attempt to turn him into someone else, no longer a Diné boy. The name Code Talker was given by him to Skull Face, and he deliberately keeps using this name. “The name Code Talker is a lesson carved into my being.”

Quiet is another example, but more on that later. 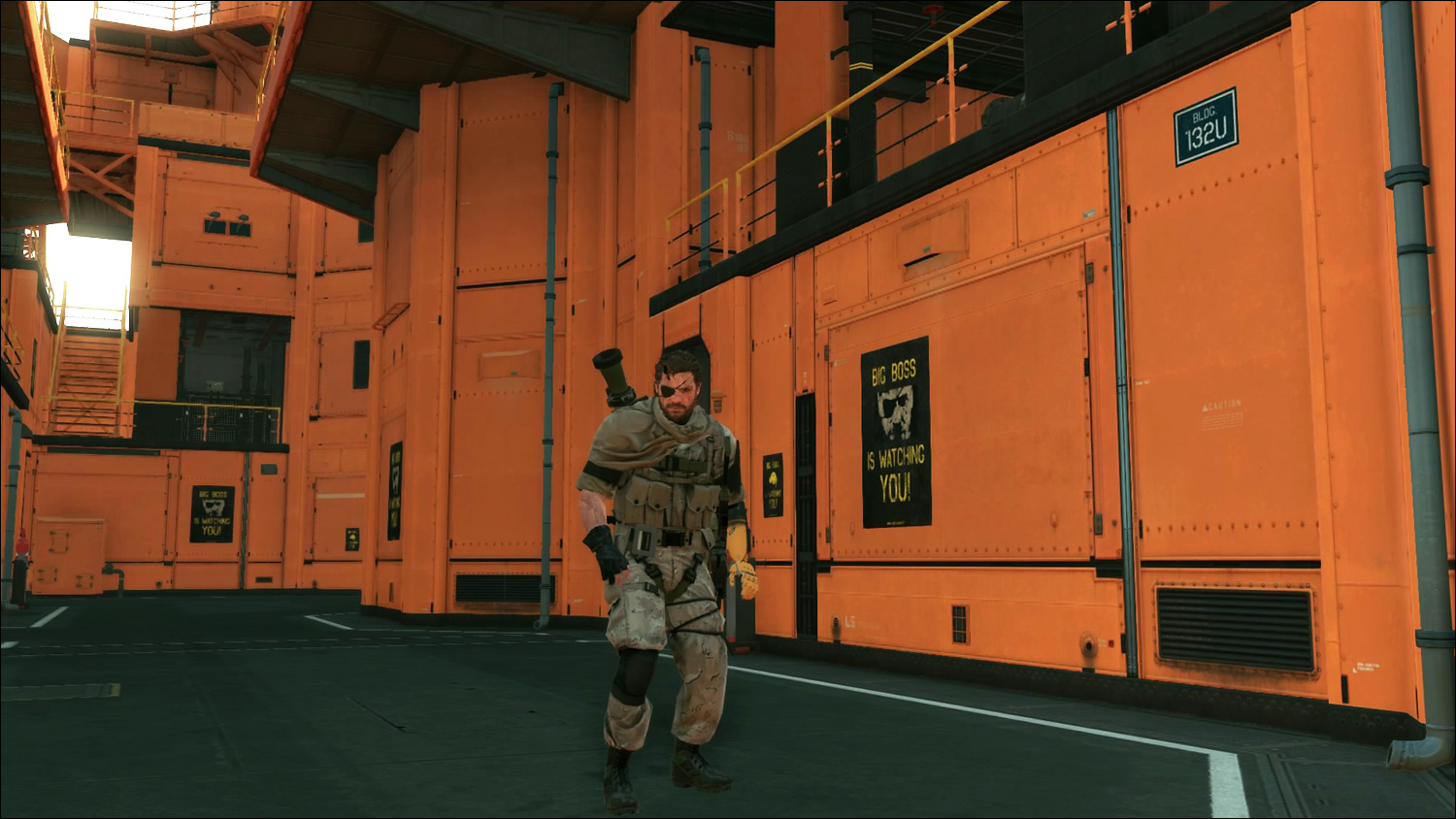 As for Big Boss, the name itself holds the power of the concept it conveys. Shalashaska explains at the beginning of the game: “Once word of Big Boss’ return starts traveling, that will be our true deterrent against Cipher.” But the concept of Big Boss has another effect, on Diamond Dogs’ soldiers. “Regardless of where they came from or why they’re here, they revere you.” It’s a name with the power to unite and to lead people, because of the concept it represents. Simply put, ‘Big Boss’ is a specific word representing a specific concept. Throughout the game, the protagonist is Big Boss. He’s Big Boss in the mind of those who surround him – and in his own mind. Or, as Ocelot put it: “That’s our reality here, whether it’s real or not. […] All that matters, is that’s the concept that’s taken shape in their heads.” It was up to Venom Snake to live up to the legend, the concept that now existed in people’s heads, and he eventually did. Physically, he wasn’t Big Boss, but conceptually, he was.

The idea of how a word can create an image in our heads, a concept, is something that is not just true for names, but for language as a whole. Simply put, concepts are linguistic constructs.

HOW CONCEPTS EXIST THROUGH LANGUAGE

“It is said that over 2000 languages of the world are facing extinction. This very moment, cultural concepts and forms of expression are disappearing forever.”

And so we have arrived at the most important theme of the game, the one that is central to the story: the importance of language for our understanding of the world, and for the existence of each and every concept. 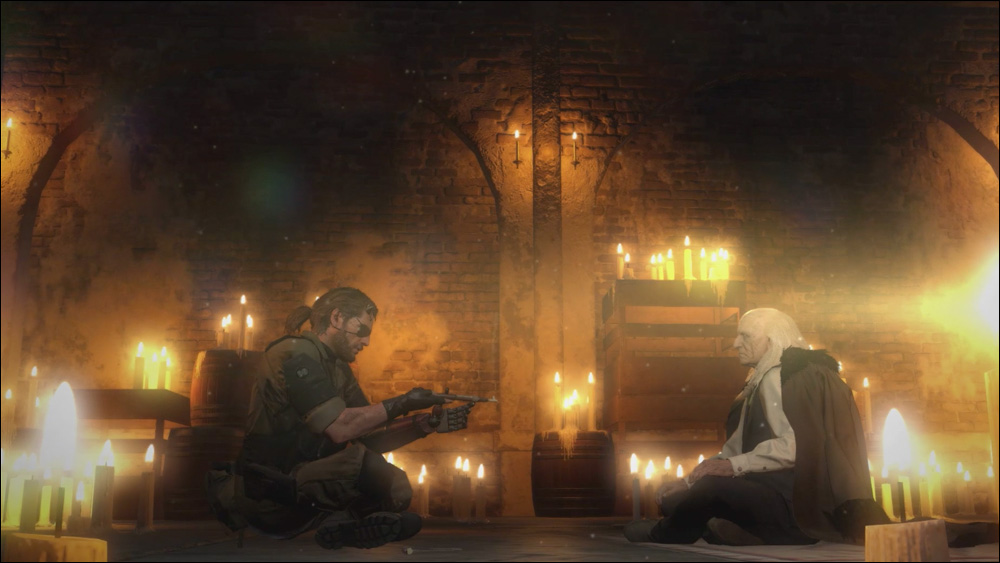 “Man thinks in words. Or rather, words are man’s very means of thinking. If you erase a word representing some concept, the concept itself disappears from the world. ‘Nizhóni’ means ‘beautiful’ in Navajo. But the image that comes to mind when we say ‘nizhóni’ differs from the bla’ghaana’s ‘beautiful’. An azure sky. A rolling landscape. Lush greenery. The meaning we place in nizhóni has its roots in Diné culture. If we lose the word nizhóni, the images of our beautiful homeland would be washed away in oblivion along with it.”

Each word represents a concept, and each concept can exist because of the word that refers to it. That’s how it can exist in our minds. In other words, language and concepts are inextricably connected: these concepts exist and can be understood because they exist in language, and once that language is gone, not only the words but the entire concept itself ceases to exist.

“Anyone can give up his fight by laying down arms. But the feeling of holding a gun – that, we’ll never forget. Like our lost limbs, the sensation lingers.”

What does it mean to miss something? It’s the feeling that occurs when the thing a concept refers to ceases to exist – but the concept is still there in your head. A feeling of loss, a phantom pain remains. Sometimes, when people lose a limb, they can still feel it, because in their head it’s still there. In The Phantom Pain, the sensation of something that has been lost still being there in your mind (and the feeling of loss that occurs as a result) plays an important role in the story. “The body I’ve lost. The comrades I’ve lost – it’s like they’re all still there.” Kaz says. The empty sleeve from his jacket sliding through his hand is a visual metaphor. The things that are no longer there, that are now missing, have come to define him. And at the end of chapter 1, Skull Face himself becomes their phantom, the object of their revenge even after he’s gone. Because the concept, the idea, still remains, and that’s as strong a force as any. “We hold our rifles in missing hands. We stand tall on missing legs.” It are those things they’ve lost that will now become their focus – the lingering concept of that what’s gone, fortified as an idea in their collective minds. “The secret weapon we wield, out of sight.”

Like Kaz’ empty sleeve, Quiet as a character is also defined by (and even named after) that which isn’t there – in this case: her words. Meanwhile, she can also be seen as an opposite to this idea of ‘phantom pain’ – she is an entity without a concept. Her silence make her hard to read, elusive, and the other characters constantly argue over her motives, trying to fill in the blanks she refuses to fill herself. Until she uses words to rescue Snake, before choosing silence again. And along with her silence, Quiet disappears – dissolves in a cloud of sand. “I am the absence of words.” 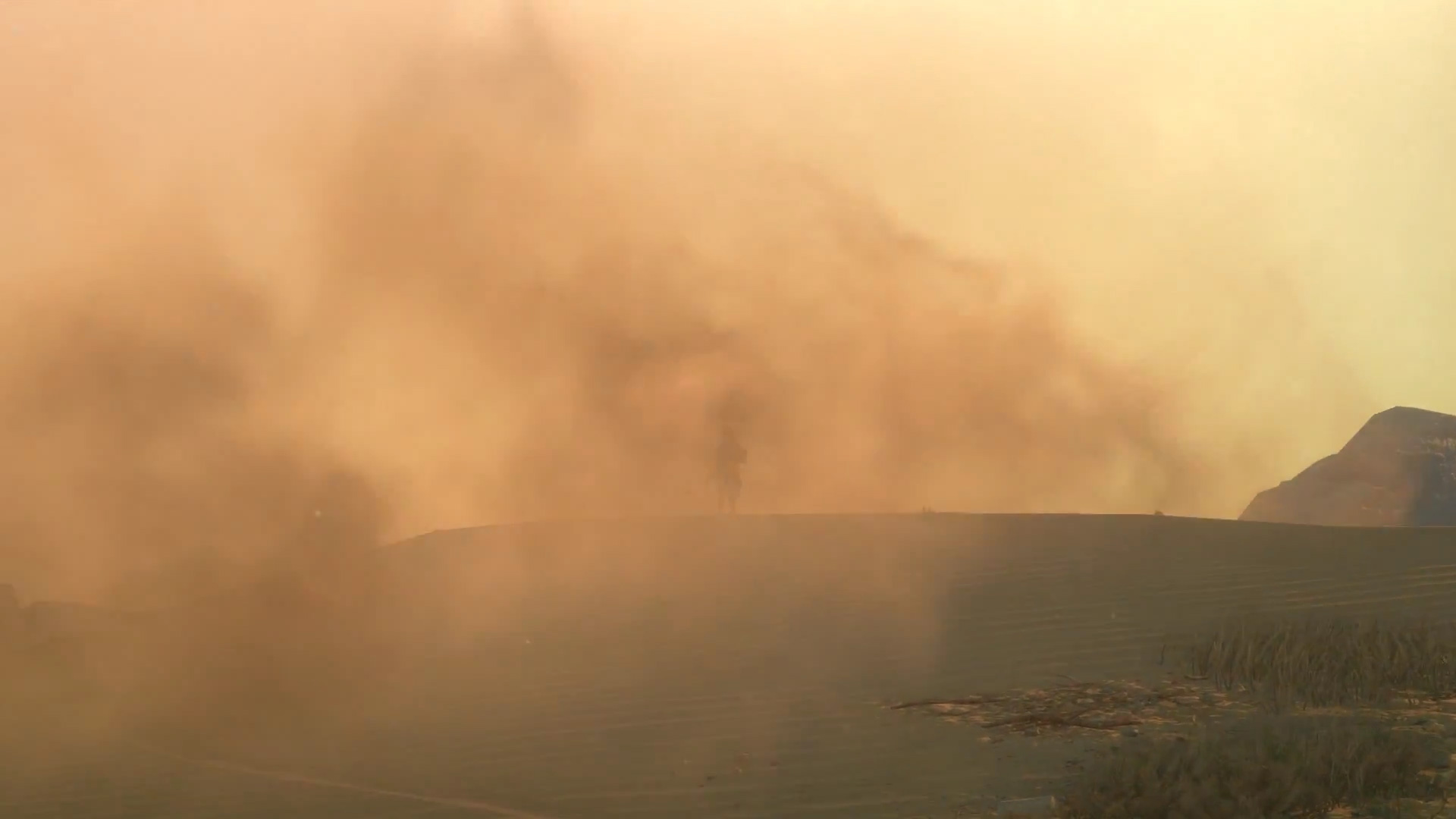 CONCLUSION – The Power of Language

Each specific word in each specific language brings a specific image to the mind. That’s the power of language – the power to shape something inside our head. Once some concept has taken shape in our heads, it can become a powerful driving force. “Words can kill.” Language is a way to share ideas, to form concepts and shape images in other people’s minds, a way for us to think and to understand. A way for us to be.

“Words are alive. When they are spoken, life is breathed into them. They become a part of the listener.” – Code Talker