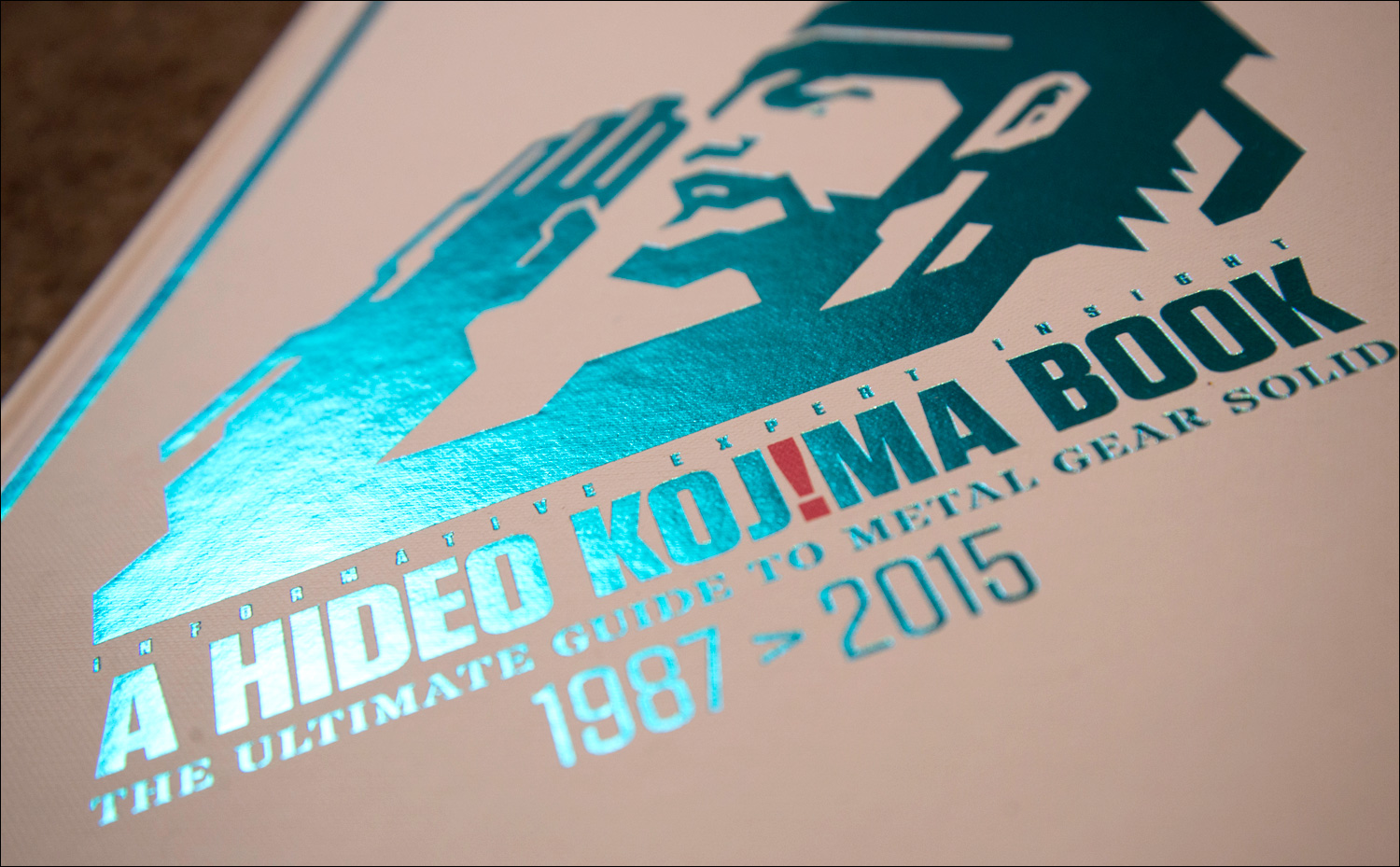 What is it about Metal Gear that us fans find so fascinating? This strange franchise full of conspiracies, crazy characters, philosophical questions and ridiculous easter eggs? Why does it mean so much to us? The foreword, written by editor in chief Daniel Dawkins, briefly brings up this question as a point of departure for the book A Hideo Kojima Book: The Ultimate Guide to Metal Gear Solid.

The book, published by Future Press and written by a several people who are both Metal Gear fans and professional writers is a collection of articles, opinion pieces and compilations, ranging from theoretical analyses to personal stories. It was released in July of 2015 in two different editions: a regular version and a limited edition hardcover, which is the one featured in this article. The full contents, spanning over 146 pages, are:

It starts off (after an introduction to the different games in the saga) with what could very well be the most complete biography of Hideo Kojima so far, starting all the way in his early youth when he first came to realize he wanted to be a storyteller. It traces the key points in Kojima’s life that led him to where he is now: one of gaming’s most famous creators with a unique position in the industry. In a way, Kojima and the gaming industry grew up together: it has completely transformed from when he got into games 30 years ago. The top 50 Metal Gear moments provides a nice selection of the series most memorable events, including many fan favorites. Of course it’s impossible to create a list everyone will agree on, but that’s not really the point – it’s more of an acknowledgement of the many possible memories one could have of the series, an overview of what makes it so special. What’s nice is that some of the descriptions – brief as they are – include an explanation of the deeper, philosophical meaning behind that particular moment.

There’s a section in which Kojima talks about his favorite movies, which is surprisingly interesting. In detailed explanations he tells us how these films played a part in the creation of Metal Gear. It not only gives an insight in how the series came to be, but also on how Kojima looks at the things that inspired him. He’s both an admirer as well as a creator who has picked these movies apart and used what ingredients he could in how own way. It also contains more personal pieces by the book’s authors, in which they relate Metal Gear to their own lives, and attempt to express why it means so much to them. As this book was written prior to the release of Metal Gear Solid V: The Phantom Pain, some articles aren’t completely up to date anymore, such as the piece of MGSV’s marketing and the now outdated preview for the game. But in general the book is more about the franchise as a whole, so most of the articles keep their relevance, despite some (mostly story related) errors here and there. To conclude, it should be clear that this book is first and foremost aimed at the core Kojima and / or Metal Gear fanbase: those who have been captivated by this unique franchise and the eccentric personality at the center of it, and want to know more about what shaped him, what drives him and how he influenced other games and people. But it could also be recommended to those who are wondering what the fuss is all about, and as something Metal Gear fans can share to those people. Both the paperback and the limited edition hardcover of this book can be ordered from this website.