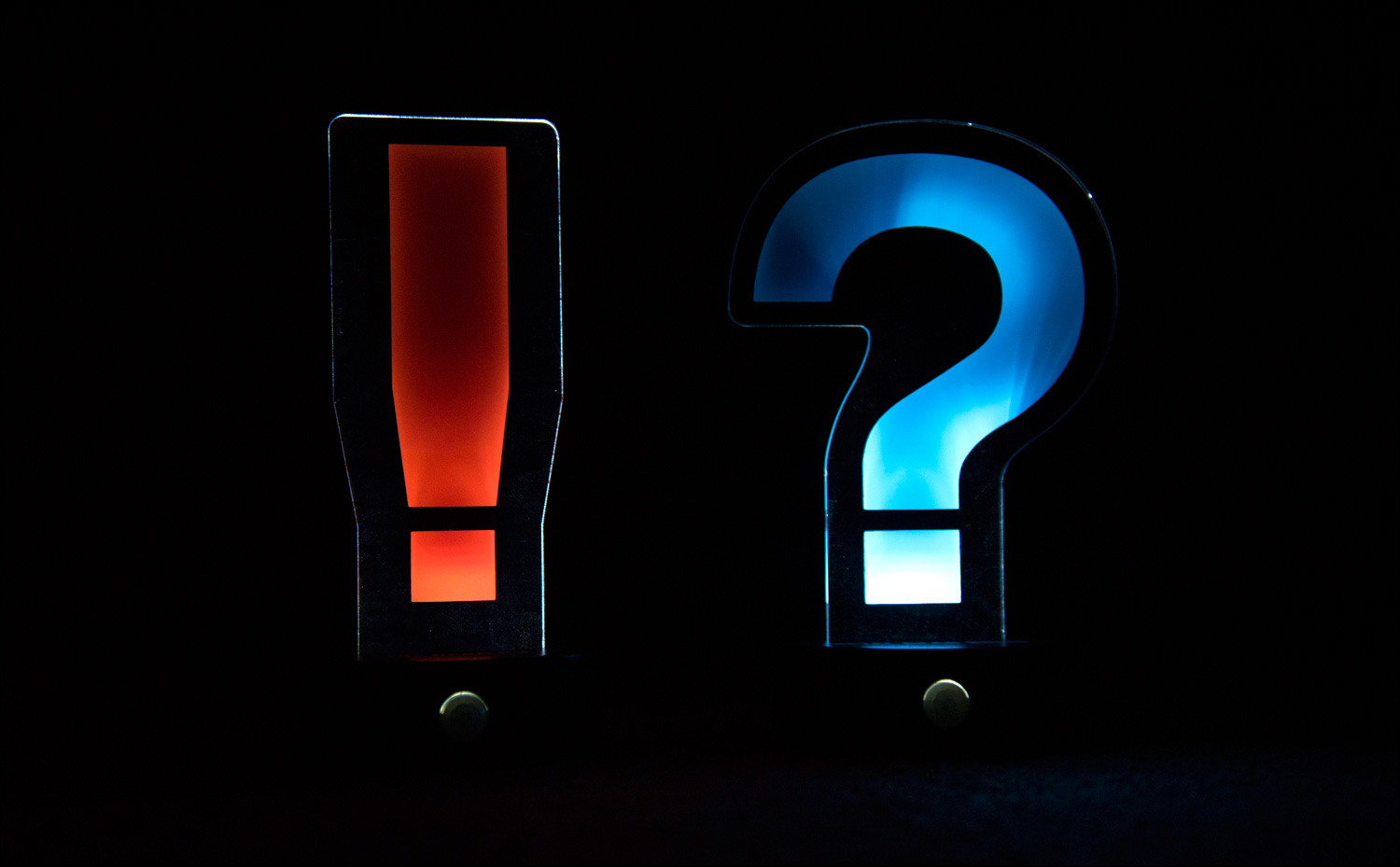 In February of 2015, Taito announced a new line of Metal Gear Solid V: The Phantom Pain merchandise, licensed by Konami. These are claw crane or UFO prizes, meaning they can be obtained by winning them in a claw crane game. In this article we’ll take a look at the two motion sensor lights. The items carry the Metal Gear Solid V license and bear the logo on the box. On the front is a picture of the item and an artwork of Venom Snake. On the back you can see the situation in the game when the famous logo will pop-up: an enemy soldier noticing a moving box for the question and a soldier seeing Snake himself for the exclamation mark. The lights use three AAA batteries each, which have to be inserted into the pedestal using a screw driver. The pedestals have a sensor in the front, the Metal Gear Solid logo and the speaker on the back, and the battery slot and Konami license on the bottom. The plastic containing the exclamation and question mark print are packaged in bubble wrap and have to be inserted into the pedestal before use. The are printed on transparent plastic, with the aim of creating the illusion that they are floating in the air. The lights are equipped with a motion sensor, so when someone walks by they will detect this, and the light will pop on while an accompanying sound erupts from the speaker. During their performance the intensity of the light changes in correspondence with the sound. Both items are capable of performing three or four different reactions that play at random, with several different sounds in the background – such as guards yelling, sirens blaring and stuff falling over. Of course, since these items are meant for the Japanese market all voice overs are in Japanese.

The sensors work very well and perhaps even too well, because they are extremely sensitive. Any slight movement from the other side of the room will cause them to activate. On top of that, they are also very loud, especially the exclamation mark, with yelling and sirens going off at the same time. In short, it’s not something you want to have switched on the whole time. Thankfully, the lights come with a much needed on / off switch, and they still look nice even if switched off.

Because they are illuminated from the bottom, both the exclamation and the question mark aren’t exactly equally lit over their entire surface: the light is brightest at the bottom and gradually become darker near the top. Furthermore, because of this method of lighting, half of the question mark’s curve is darker than the other half (the exclamation mark doesn’t suffer from this problem because it doesn’t have a curve and goes up in a straight line).

Another slight problem is that the transparent plastic the marks are printed on collect dust and fingerprints easily, and they become very visible when the light shines through. On a more positive note, the light is considerably bright, making the two marks easily visible in the dark. Despite the small speaker the sound is fairly loud as well, and surprisingly clear. All in all, these are fun little collector’s items for Metal Gear fans, as the question and exclamation mark are some of the most famous icons of the series, and the idea of having them react to movement is fitting considering their function in the games. The only difficulty is that they’re only meant to be obtained through the claw game. This makes it hard to find them, or just expensive. Still, they are pretty funny, and for the Metal Gear fan who likes nonsense gadgets they can be a nice addition to the collection.