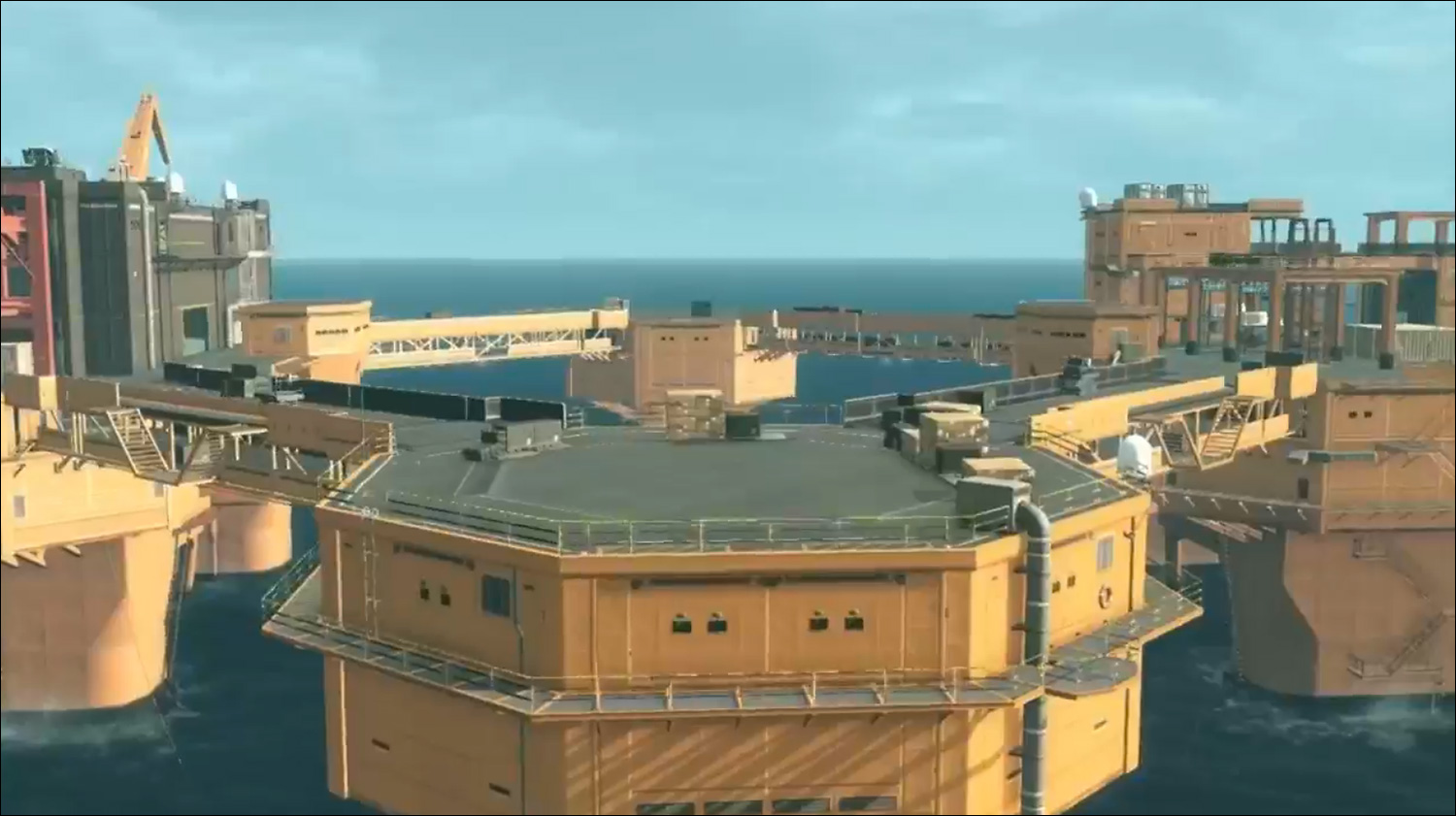 During a Twitch Channel stream, Konami has made some new announcements regarding Metal Gear Online. During the stream, Robert Peeler and T.K. Shrodes first talked about the upcoming DLC, which includes a Mother Base map, designed specifically for MGO. They showed a short video of the map, followed by some more footage of the team testing it out. The map doesn’t have a name yet, and the team would like the community to help name it. Check out the requirements below:

We’ve got a new stage coming to MGO based on Mother Base and we need YOUR HELP in naming it! Tweet your suggestions to @MetalGearOnline with the format <COLOR> <LOCATION> (like JADE FOREST) for your chance to name the next stage of MGO!

Furthermore, they announced that the (open) beta for the PC version of Metal Gear Online is going live tomorrow. The exact times are:

The beta will be made available via Steam, and anyone who owns the game can join.

The check out the stream for yourself, follow the link in the source section.