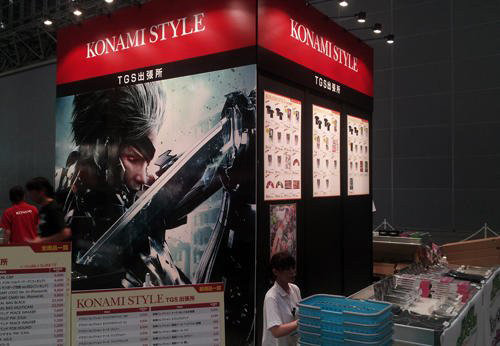 Hideo Kojima and other members of the Kojima Productions and Platinum Games staff posted a lot of photos of the TGS show floor on Twitter. The Zone of the Enders HD and Social Ops booth. Get this t-shirt for free by pre-ordering Metal Gear Rising. At the TGS photo booth you can take a picture of yourself next to an MGS character.