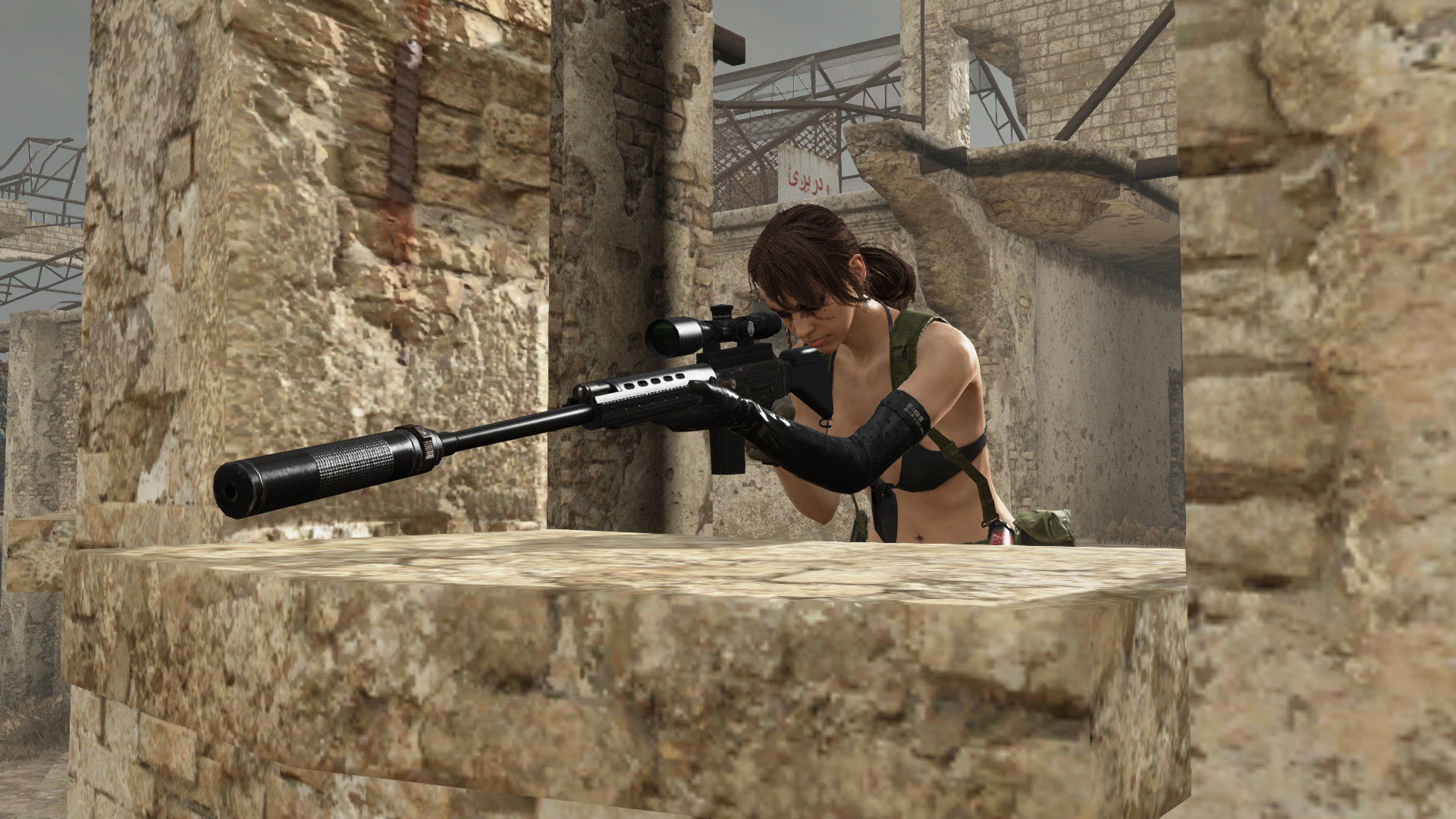 In Designer’s Notes Volume 14 the developers provide some more details on Quiet as a playable character, that will be part of the new Metal Gear Online DLC expansion pack ‘Cloaked in Silence’, planned for release in March. Furthermore, the next update will also be making some changes to the game, based on player feedback.

February matches continue as we dive once again into Cloak & Dagger with the ESL Tournament. We received a lot of good feedback about playing competitively in this mission type and thought we’d give it another try. With only a few weekends left to this first ESL tournament, be sure to sign up your team and earn some bonus GP rewards!

In the next update we’re preparing some changes to match respawns. Many of these changes are generated through regularly evaluated feedback we receive from players.

The biggest change we’re making is how player suicide or being fultoned affects a respawn. Currently, a player under these conditions, can choose their own respawn point among all available, however after the update we’re limiting a player respawn to HQ alone. BOUNTY HUNTER is a mission that is heavily dependent on fulton gameplay, but making this change will add new fulton tactics to multiple mission types by forcing enemy players to the HQ point upon respawn.

Speaking of other missions, we are making additional changes to respawn locations when playing COMM CONTROL. Currently, a player can respawn at any Comm Link location that’s captured by their team. Even if an enemy player is inside that Comm Link about to recapture it, you can still respawn at that location and get the drop on an enemy. This felt a bit frantic, and forced players into a stressful situation when claiming a Comm Link, even if they managed to overtake the enemy upon entering it. After the update, if an enemy player is in the middle of recapturing your team’s Comm Link, you can no longer choose that location as a respawn point, but now must make your way to reclaim your threatened Comm Link.

Another issue the players alerted us was a team without any captured Comm Links would be forced to spawn at their HQ, resulting in excessive spawn camping with little means of defense or escape. In order to resolve this, we have added alternate spawn points besides captured Comm Links or the HQ, forcing opposing teams to engage from multiple directions. Moving the topic to our upcoming DLC [EXPANSION PACK “CLOAKED IN SILENCE”], we want to share some more info about Quiet, our new Unique Character included in this DLC. As most of you are aware, Quiet is a very skilled sniper.
In MGO, she will carry on that special skillset from the single player. More specifically, she will have an aim that’s almost perfectly accurate in both third person and first person with minimum to no camera sway. This means she has superior skill handling her Sniper Rifle even in close/mid range proximity. Quiet’s exceptional movement speed allows her to sprint infinitely in MGO. On top of this, a temporary sprint boost to her already fast speed and added cloaking effect is activated while sprinting by pressing down the left stick. Keep in mind that this temporary boost has a cooldown, so you will need to decide the best situation to use it. Her quick movement speed also allows her to jump to the tops of ladders and up to high platforms. You can fully see these skills in action when playing in maps with multi-level verticality. As you all know, Quiet will not speak. This means she won’t have any spoken dialogue in her Preset Radio, however, in exchange she utilizes a variety of humming noises to communicate.
There are more exciting features playing as Quiet, but we’ll keep those qui…a secret until release.

That’s it for Vol.14, check back next week for more Designer’s Notes.
We hope you’re all excited for the new update and DLC, but until then thank you for your continued support of MGO!