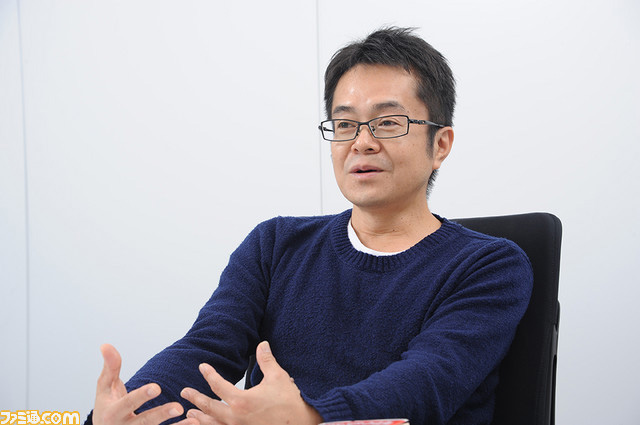 In December of last year Japanese gaming outlet Famitsu published an interview with Kenji Yano in which he discussed his interpretation of the story of Metal Gear Solid V: The Phantom Pain. Kenji Yano is a Japanese editor and friend of Kojima’s (recently he was Kojima’s special guest during the first episode of Hideo Tube). Below are some of Yano’s comments on the story and his interpretation. To read the full interview go to Famitsu’s website.

“Was METAL GEAR SOLID V: THE PHANTOM PAIN (below, MGSV) released in an unfinished state?” That’s the question that’s been making the rounds on the internet since the game’s release. Elements such as Venom Snake’s true identity, the disappearance of “Episode 51,” and the nuclear disarmament objective in FOB online missions, have left some fans wondering what to make of it. We talked to the person most suited to answering these concerns, MGS series expert Kenji Yano.

*This interview has been extensively added to and revised since its original publication in the Dec. 24, 2015 edition of Weekly Famitsu (sold on Dec. 10, 2015). Kadokawa staff member. Responsible for METAL GEAR SOLID naked, the standalone book that dissects the MGS series in minute detail, plus the planning and editing of the MGS novelizations by authors Project Itoh, Satoshi Hase, and Hitori Nojima. Appeared multiple times on the web show Kojima Station to offer sharp insights into the meaning behind the series.

A 19th-century novelist and a 21st-century game designer Yano says that Kojima explained the structure of MGSV to him as early as 2011, and all the different elements were already in place: from the themes (such as phantom pain and retaliation) to the motif of Moby Dick. “However, at that point Ishmael was actually Huey. Snake was Ahab, and Diamond Dogs’ enemy was America. It was set up so that the story, being told by Huey (Ishmael) as an American citizen, would be biased toward the American perspective, showing America as being right the whole time.”

According to Yano, the Moby Dick connection is also meant as an allegory for the powers that drive the world, as whales used to be more than just a source of food. “Of course their oil was prized, but also other parts such as the bones and baleen played an important role in people’s lifestyles. […] World maps are thought to have come about thanks to the whaling trade. In short, whaling was inseparable from people’s lives at the time. You could even say it had “infiltrated” their lives.” With MGSV, Kojima brought this theme to a new century: “What’s important is that Kojima-san didn’t just transplant the motif from Moby-Dick. I think it’s more a case of these two creators, Melville and Kojima, relentlessly thinking through the way that the world works, and arriving at the same answer.” This connects to the setting of the game: “if we look at the game from the energy perspective, it’s obvious that Afghanistan and Africa would be the settings for the events in MGSV. Each produces oil, and each is a source of rare metals and other mined resources.”

Of course, both Moby Dick and MGSV share the theme of revenge. “As Skull Face stated in MGSV, the world is an endless loop of action and reaction. It’s always an eye for an eye, a tooth for a tooth. […] Like Moby-Dick, MGSV is also a tale of revenge.”

Why was Ishmael changed from Huey to Big Boss? Yano believes the answer to that lies in what Ahab represents: “Although Ahab has only his personal revenge, when the character is superimposed onto American righteousness, he serves as an analogy for how justification for revenge based on instinctive national memory is converted into a just cause.”

He continues: “But in MGSV, it’s actually America that’s the overarching Moby Dick. Big Boss is Ahab in the sense that he’s been maimed by America in the past. Big Boss turns his yearning for revenge into bonds that bind him together with comrades who share his wish to retaliate against America (or its self-righteous justifications). However, from America’s point of view it’s Big Boss that’s Moby Dick. So what we can see in MGSV is actually an attempt to depict battle between Ahab and Ahab, or perhaps Moby Dick and Moby Dick.” This, according to Yano, explains why Kojima chose to switch the role of Ahab from Huey to Big Boss. “To be more precise, the aim is to reveal that the system the world runs on defines Big Boss’s existence as “evil.” That’s why MGSV tells you distinctly that Ahab is you, the player. It says, now you have to experience first-hand the absurdity of being branded a villain by the manipulating ways of the global status quo. […] For that message to be put across, it can’t be Huey telling it, since he’s on the American side. It has to be Big Boss himself that delivers the message.”

What is the true aim behind the online FOB mode? The interview then shifts focus to the FOB mode, and in particular to the option of having nuclear weapons. “First off, let’s think about this from a time perspective. MGSV is set in 1984, when the Cold War structure was coming apart at the seams due to factors such as Reagan’s Star Wars program, and the Soviet Union beginning to show signs of collapse. But we’ve lived through the history that followed this period, and so we know that fighting in the name of righteousness and fighting in the name of revenge are really two sides of the same coin. […] I think Kojima-san wanted players to experience MGSV as Big Boss in order to see how the real world works – that retribution and this cycle of revenge are the basis for all war and conflict. What the player experiences after the end of Chapter 2 is the sort of peace that can’t yet be achieved in the real world. I think that’s the point of the online FOB mode.”

Of course, whether we will ever see a world free from nukes is up to all the players worldwide. “In the real world, conflict created by race, religion, or ideological difference will probably never go away, but I think people can still come together to get rid of nukes. At the very least, we can now do this in a game. Even in a fictional world, whatever that world makes you feel is “real” to you. Thinking about these sorts of things is surely the essence of the online FOB mode. And one valid response is to feel that nuclear abolition is impossible.” Lastly, the interview talked about the idea of MGSV being ‘unfinished’, as many are claiming. Yano had this to say about it: “I think there were two stages to this. First, you had a certain number of players who finished Chapter 2 not long after the game came out and went, “What? This Snake wasn’t the real Big Boss!?” It’s similar to the way people reacted to MGS2 (laughs). Some players couldn’t accept that there was a new main character, Raiden, and they got really angry. But now MGS2 is considered a masterpiece. MGSV is a much longer game than MGS2, so it’s like its length amplified that feeling.” He also feels that the absence of Kingdom of the Flies (Mission 51) is not a direct cause of this. “Up until Episode 46, The Man Who Sold the World, players experience the story as Snake, but then they suddenly have the rug pulled out from under them. They find out that they themselves were Big Boss. Then it becomes their story. They themselves participated in the massacre on Mother Base, Quiet’s disappearance, Huey’s exile. I think The Kingdom of the Flies became an outlet for venting all the unease and confusion that followed that revelation. But really, this fits right into what Kojima-san wanted.”

The sensation of ‘phantom pain’, so to speak, ties into the Moby Dick references as well. “This is a slight digression, but this feeling of MGSV not being over, this feeling of things being unresolved, these are also present with Moby-Dick.”

Yano concludes: “We can be Big Boss now. We can all hold our heads high and work to save the world – our real world. So let’s do that. Why not, right? I think this is the “empty space” Kojima-san has given us through MGSV.”

To read the full interview, which is certainly worth a read, follow the link to Famitsu’s website in the source section below.