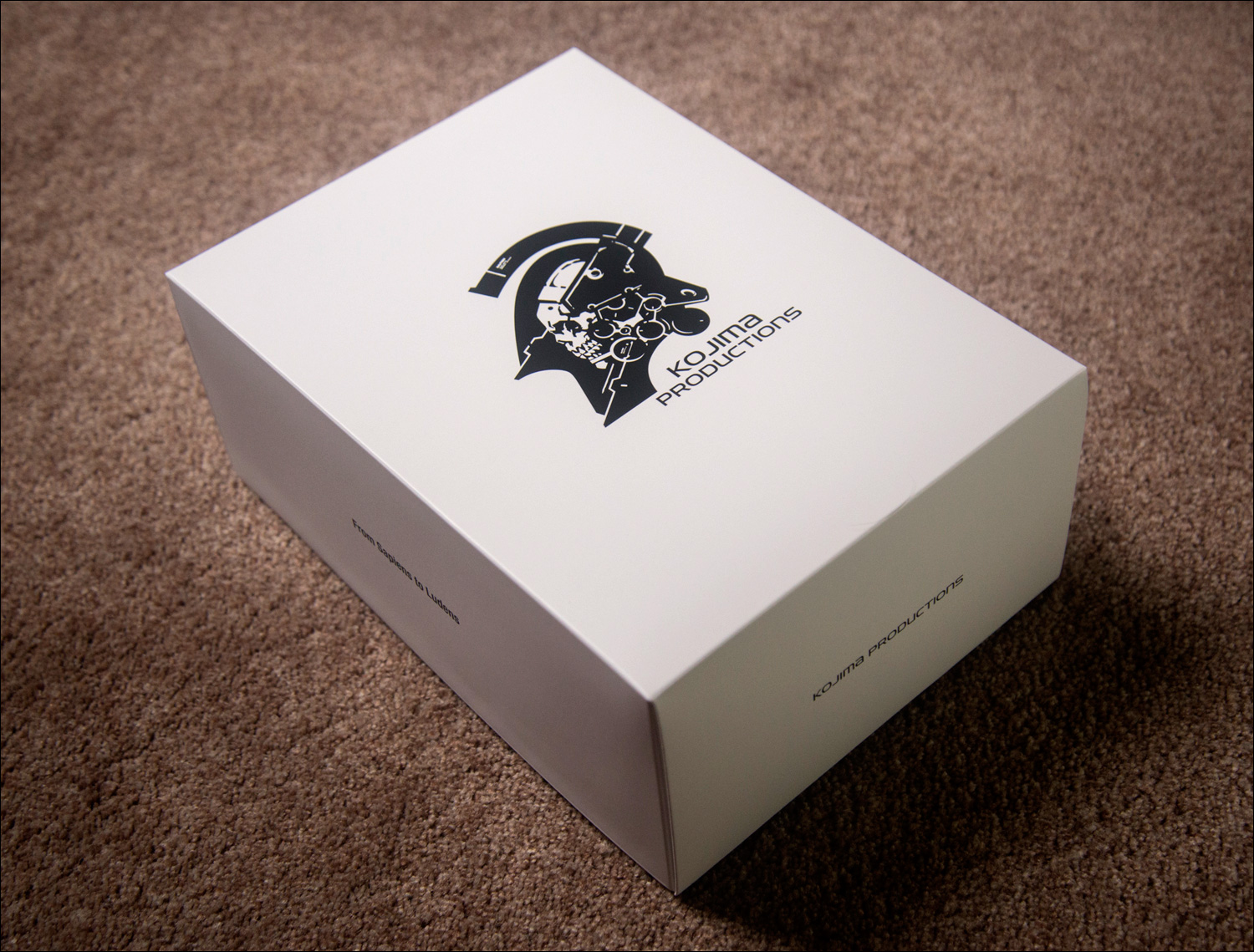 The goods set takes the minimalistic approach for its design. The paper box itself is all white, with the shiny new company logo on top. On the sides are the phrases ‘From Sapiens to Ludens’ and ‘Kojima Productions’. The first thing you will see when lifting the lid is a sheet of paper with a few paragraphs of text on it; a statement that give us an idea of the new studio’s creative vision. It’s the exact same text that can be found on the official Kojima Productions website, with the only difference being a reproduction of Kojima’s signature on the bottom. Below is the first compartment holding the tumbler, a 14 cm tall metallic beverage container with the Kojima Productions logo printed on its side. Furthermore, two small pins, also with the logo on it. These look quite nice, with silver rims and shiny surfaces. Below is another compartment containing a plastic bag with a t-shirt in it (size small, medium, large or extra large depending on what you’ve ordered). Lastly, on the very bottom, a sticker sheet with 20 Kojima Productions stickers. The set is currently still being sold on the company’s official webstore, until supplies run out. It’s not cheap though, and if you happen to live outside Japan, getting your hands on this is even more costly. On the other hand this set represents a piece of history, and in a few years may be a true collector’s item, once the new Kojima Productions has become an established studio.