KonamiStyle has posted a photo of the cassette tape that comes with the Limited Edition of Metal Gear Solid V’s upcoming soundtrack CD, The Lost Tapes. The cassette is made to look like the ones found in the game, as well as the one featured in the final scene. 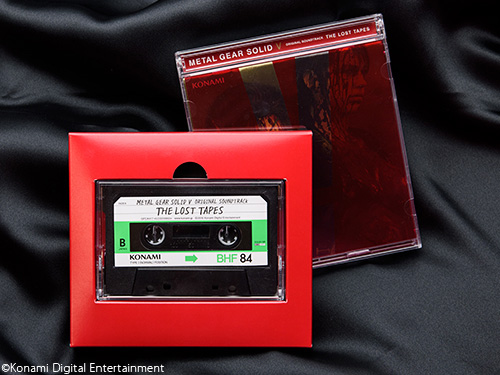 The tape will have the same tracks as the CD, so it can actually be used to play the music. The Lost Tapes CD will release at the end of this month in Japan, for a price of ¥3699. If you are interested in importing it, you can get it at CDJapan. Note that the casette tape is only included with the limited edition.