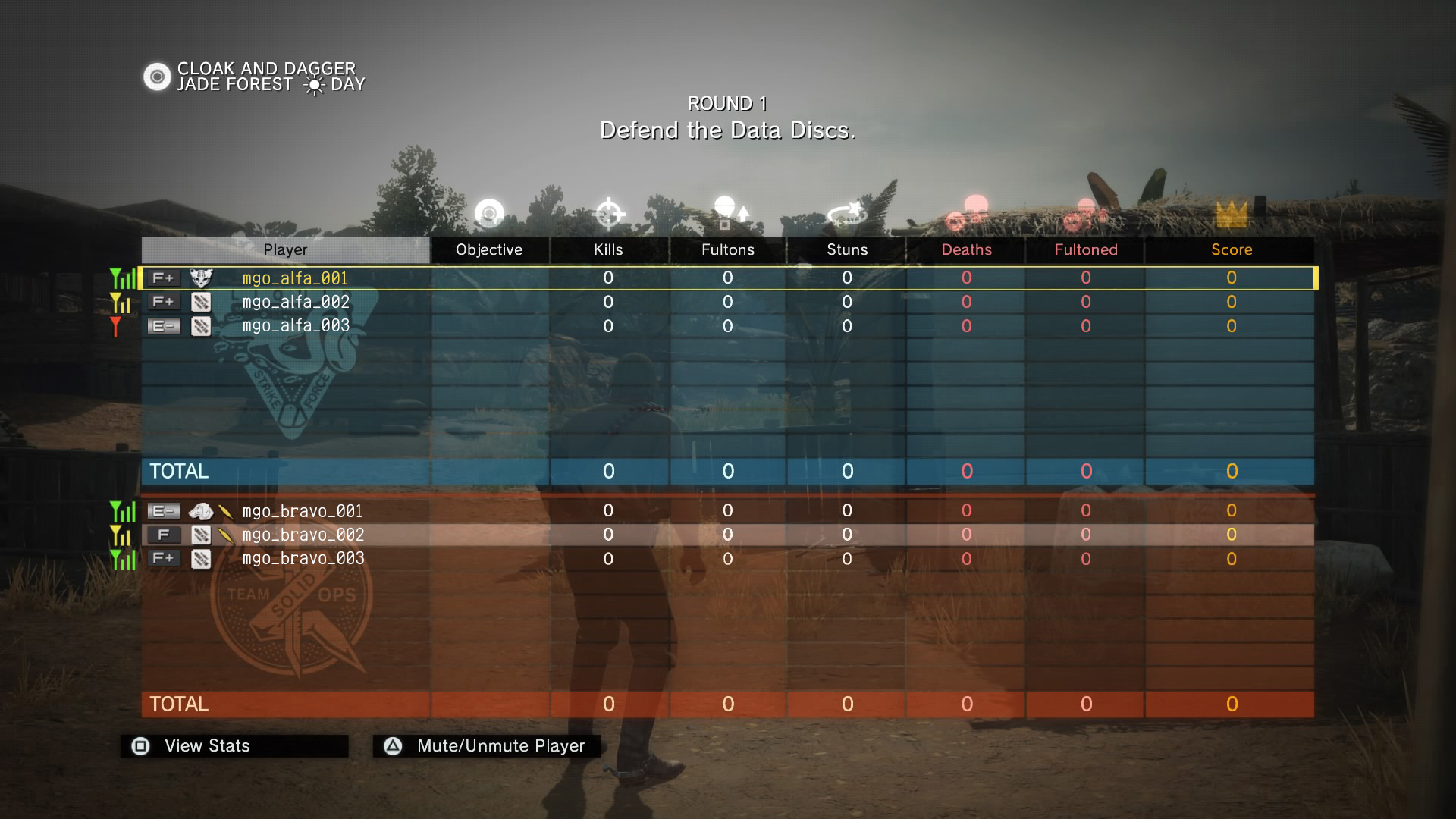 Konami published Volume 22 of Designer’s Notes, and in it they detail the changes the next update will bring to Metal Gear Online. This update, which changes the game to version 1.12, will arrive tomorrow, on May 10.

It’s been a while since our last Designer’s Notes, and a few weeks since the launch of SURVIVAL. Therefore we’ve taken Vol. 22 as a good opportunity to talk about the latest update coming to Metal Gear Online.

Below you can find the update info for the Ver. 1.12 scheduled to arrive May 10th, 2016. Blue-bolded content is explained in greater detail at the bottom of this week’s Notes.

Unique Characters
・Quiet can no longer be interrogated.

Rank
・Rank increase and decrease are now displayed in the mission results. *1

Score
・Score has been adjusted for each mission.
・Assist score will no longer be granted when woken up by a comrade after putting yourself into sleep or stun status.

Balance Adjustments
・DEMOLITION+ Lv.2 will no longer trigger a thrown weapon to drop when killed by a knife.
・After diving, there is now a delay before you can dive again. *2
・Sprint duration is now temporarily reduced after diving. *2
・Crawling out of a cardboard box when prone will no longer produce noise.

Other
・Each player’s network connection quality will now be displayed. *3
・Team creation in AUTOMATCH will now be prioritized for balanced number of players across both teams over preset party on a single team. *4
・The Rush Mode option is now removed from the mission selection screen in AUTOMATCH (except Xbox360)
※Rush Mode will now occur in random frequency
・A combat log will now be displayed when a player is fulton saved or woken up from sleep or stun status by an ally.
・The time bonus XP for the SABOTAGE mission has been adjusted.

Below are a few additional details on the above blue-bolded portions.

・Rank increase and decrease are now displayed in the mission results. *1 ・After diving, there is now a delay before you can dive again. *2
・Sprint duration is now temporarily reduced after diving. *2

Diving has been rebalanced to be executed only once as a quick means of escape, after which the player will be required to wait further before diving once more.Likewise, once a player uses a dive, their sprint duration is temporarily cut by half making it likewise difficult to sprint too long after diving.

・Each player’s network connection quality will now be displayed. *3

Player network connection quality (up to 4 levels) will now be displayed on the scoreboard during a match. ・Team creation in AUTOMATCH will now be prioritized for balanced number of players across both teams over preset party on a single team. *4

In a previous update, preset parties were set as the highest priority when setting player numbers per team in a mission. This has caused issues for many players who end up facing a disproportionate sized team.Team creation in AUTOMATCH will now prioritize the number of players before the preset party, so that players in each team will be approximately the same.

In addition to the above, we’ve implemented a few bug fixes with this update as well.Please note that the following bug fixes were made to particularly be included in Ver. 1.12.

While this isn’t a large update, since the launch of the DLC ‘CLOAKED IN SILENCE’ and the new SURVIVAL mode, Ver. 1.12 is mostly designed to refine and improve upon the newly added features.

Thank you very much for your continued support of Metal Gear Online and your patience waiting for this latest update. We hope that these changes improve your gameplay, but we do acknowledge that there is certainly more that can and should be done to improve the game. We will continue to follow your feedback for improvements for the future. Until next time, see you on the battlefield!