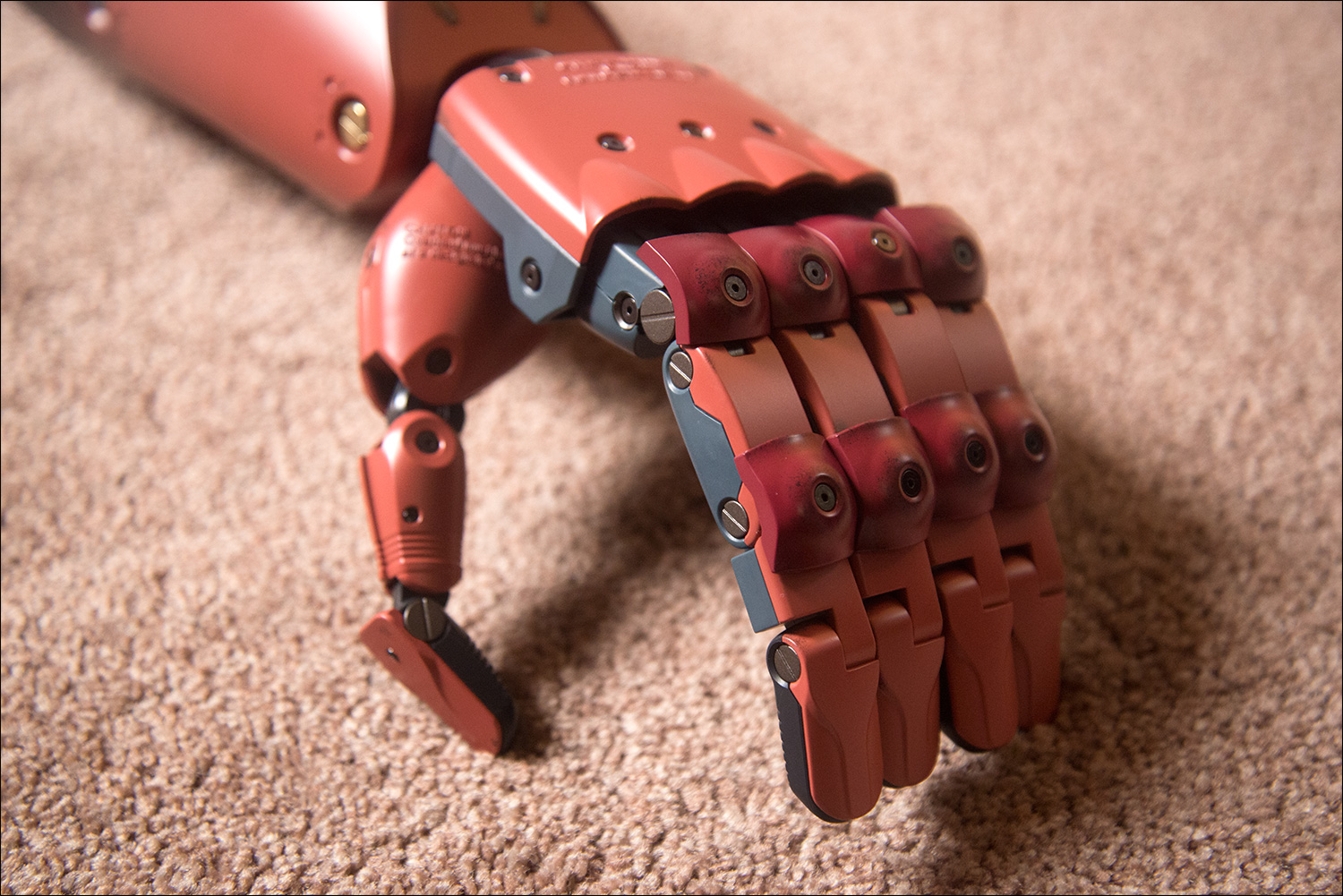 Note: this item was provided to us by Nsurgo

A new piece of Metal Gear Solid V merchandise just came out: a life sized replica of Venom Snake’s bionic arm, produced by Sentinel. A little bit of backstory: these 1:1 scale arms were originally only available as part of the Japanese Premium Packages for Metal Gear Solid V: The Phantom Pain, while the Collector’s Edition in the west came with a half-scale version. But in January of this year webstore Nsurgo announced it would be bringing a stand-alone version of the full scale arm to the west. They began accepting pre-orders and shipped the items in May. So let’s take a closer look at this package.

The box looks very stylish, with a technical drawing of the arm on the front and a description on each side.

Like the half-scale arm it comes with a stand so you can display it nicely. The item is indeed impressively large, making its smaller counterpart seem puny in comparison.

It looks very similar to its smaller companion but has some nicer details at certain places, mostly due to better looking material or because the lettering is embossed rather than simply printed on the surface. Some parts are shinier, making them look closer to the materials they are supposed to represent. It’s also has a nice weight to it, so it feels quite sturdy.

The fingers and wrist have a lot of articulation, meaning you can make many different gestures, and have it hold all kinds of items. Once they have been adjusted they also stay firmly into position, unlike the smaller arm’s fingers which feel a lot more loose. Because of this, it can also hold heavier items such as the PS4’s DualShock controller.

All in all this is definitely a cool collector’s item. With its price of $185 USD excluding shipping it’s not a cheap piece of merchandise, but at the same time for those who really wanted this arm it’s a far cheaper alternative than buying the Japanese Premium Package. And it’s an impressive looking piece to have in your collection, and one that’s fun to play around with.

Currently the arm is still available at Nsurgo’s webstore, but apparently supply is going fast [update: the item is no longer available].