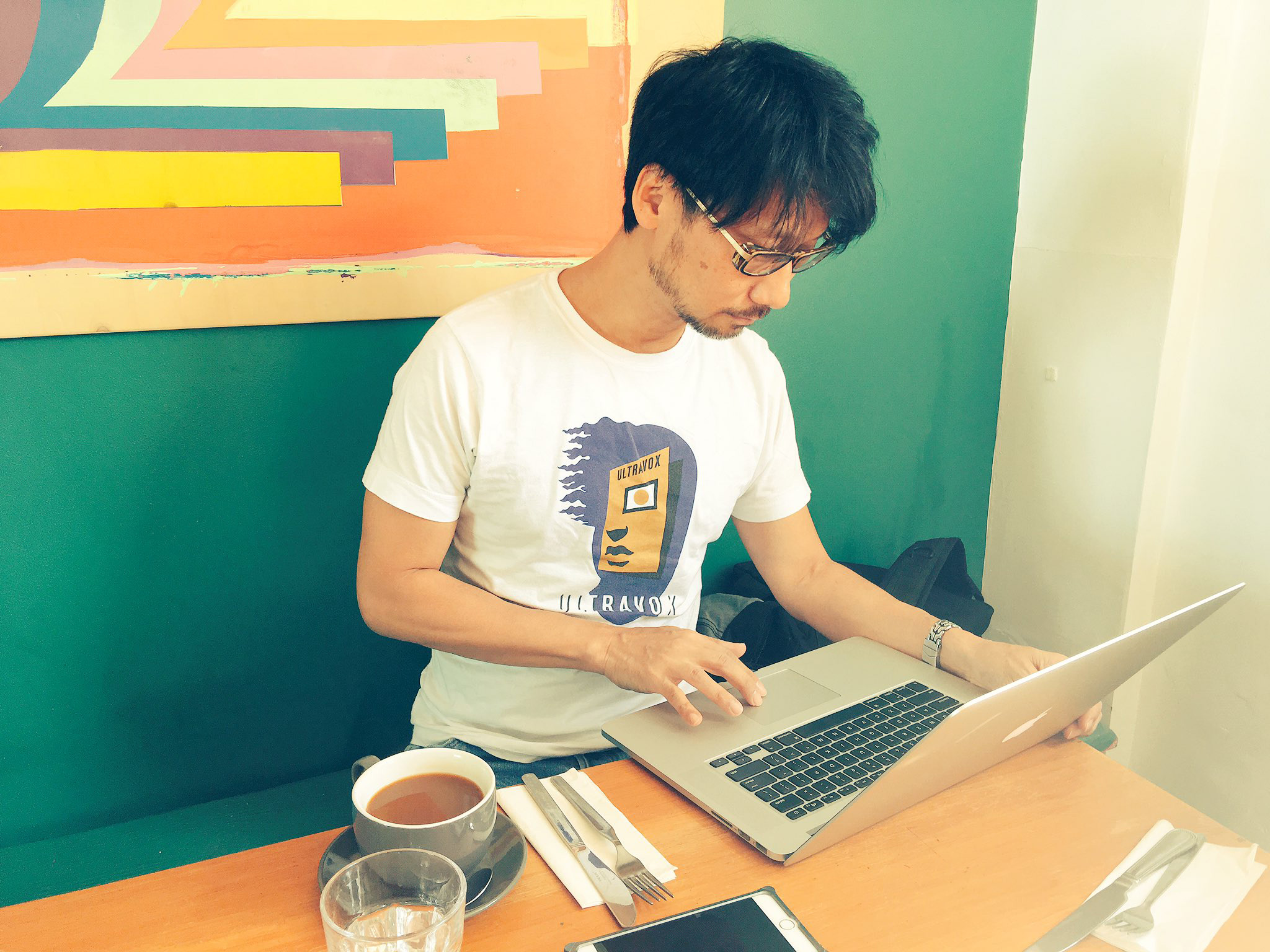 In an interview with Edge Magazine Issue #297, Kojima talked about his work, what he feels is important to include, and setting up his new studio.

According to the writer of the article, Simon Parkin, the details around Kojima’s new studio as still shrouded in secrecy because of concerns of litigation after the breakup with Konami. Even off the record the studio won’t confirm the current amount of staff members, and some members refuse to be photographed because they don’t want people to know where they work. “No questions about his previous games please,” Kojima’s personal assistant (Ayako Terashima) says at the start of the interview.

Despite all this, Kojima wants to take a positive approach, as he starts this new path in his career.

“I tend not to be a person who has regrets, or who wants to go back and change things. Everything happens for a reason. That’s all I’ve got.”

How did Kojima manage to stay focused during the chaotic and stressful year he has been through?

“When I was still working on Metal Gear Solid V there was a great deal of pressure to finish the game. So I was completely caught up in that act of creation. Then I immediately moved on to setting up a new company and thinking about what would be next. I had to come up with a new idea. So there was no break. I guess that activity is what has kept me going – a constant focus on creating. Without that, it would have been a lot tougher for me, I think. I had to keep looking forward. I couldn’t look back. That’s what has brought me to where I am to day. […] I never really considered making a smaller-scale game because, in truth, I want to make blockbuster games where I put everything in.”

Kojima even says that if he had been in a position where he’d only had the option to make smaller games, he would probably have left the industry altogether to make films instead. Making films is something he’d still like to do one day. “But making games is enjoyable. I want to keep doing it.”

Now with his new studio, Kojima is slowly hiring more and more people for specific roles at specific moments, as opposed to before, when he had to assign every member tasks as soon as they returned from their holiday.

“Usually, when I finish a large project, the team members all take long vacations. During that vacation period I’d typically take time to consider what I was going to do next. I need to work alone during this planning phase, so it’s always worked well in the past. That process was compressed with this project. Even before the studio had any computers or equipment, I started going back and forth with Yoji Shinkawa to go through the design ideas that I had.” 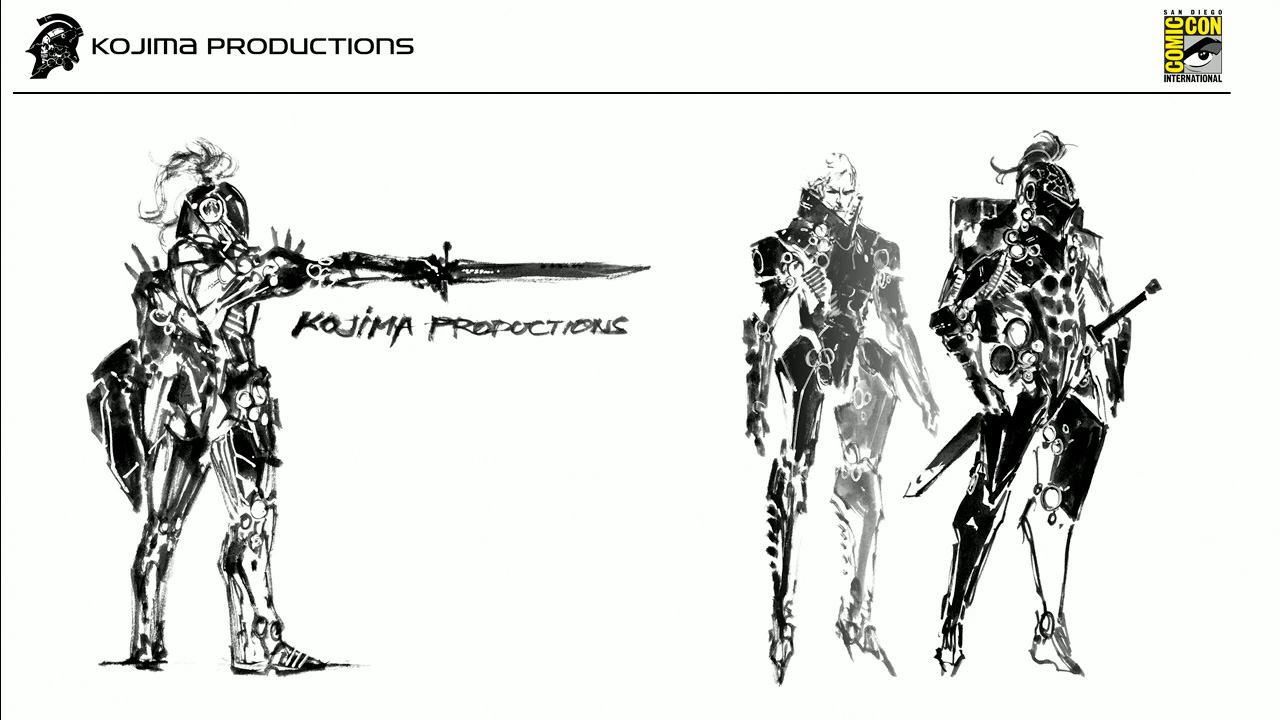 Kojima’s games also always have an element of silliness and humor in them, and Kojima thinks this is important to keep the game from becoming too dark or stressful for the player. In contrast to film, where the director just needs the viewer to let the work wash over him for about two hours, Kojima believes games need a different approach.

“When you add in humour and change the heavy atmosphere, it creates waves of different feeling and emotion, so that the player can keep playing and coming back. But in the end, when the player finally steps away, I want them to realise that there were lessons in there.”

Kojima is known for embedding these messages into his games, and for him this is an vital part of his creations.

“It’s important to me that my games aren’t only ‘fun’. I want them to carry a message or kernel of something that players can take and use. That said, I don’t think all games need to be this way. That’s what I mean when I say that it’s going to come down to the individual creator.” One of the benefits of having his own studio is that he doesn’t have to spend as much time anymore doing things that have nothing to do with creating.

“I don’t have to attend meetings that have nothing to do with what I’m making. That definitely feels better. With this new company I’m not making it with the idea of growing it into a huge operation that grows and grows over the years. At this difficult time I just want to make a great game.”

Lately, there has been a lot of discussion about the representation of gender and race in the media and videogames in particular. How does Kojima view this?

“In my case, I don’t want to put things in my games just because they’re ‘trending’ issues; I want to only put them in because I judge they’re necessary for the story I want to tell. That’s not to say I’m not listening. It just means I’m not going to put them in the game to be tokenistic. The risk, otherwise, is these decisions become a marketing exercise. I don’t want to be led by marketing with regard to having to make every character a certain gender or race. I want to be led by what I want to make, by what is right for the story. I’m happy to be openminded during that process. That’s the way this should be approached, I think.”

Despite being one of the most well known people in the gaming industry, Kojima doesn’t consider himself a star or a celebrity, even though he is treated that way sometimes.

“I don’t think of myself as a celebrity, so I don’t feel pressure in that sense. I’m just a regular person. David Bowie was a star. I’m a person who makes things, sometimes with stars. It’s a different situation. I think of myself as something closer to an author. With books, the novels are the stars much more than the novelist is a star.”

How does creating an all new IP compare to working on a franchise that already has a set of rules, a core, that Kojima can evolve from?

“I don’t think I’ve ever gone looking for a core, as you describe it. Some ideas just keep popping. Some are instinctive. I test theories in my head. Then I break them down and rebuild them. This doesn’t quite answer the question, but it’s an accurate reflection of my process.”

“Death Stranding is a new title, so when I’m planning, or imagining, the game, there are aspects that make it freer be cause it’s not a sequel. But the process itself is very similar to how I’ve always worked.”

The full interview can be found in issue 297 of Edge Magazine.

Source: Edge Magazine #297 – An Audience with Hideo Kojima (by Simon Parkin), via KojiPro.be