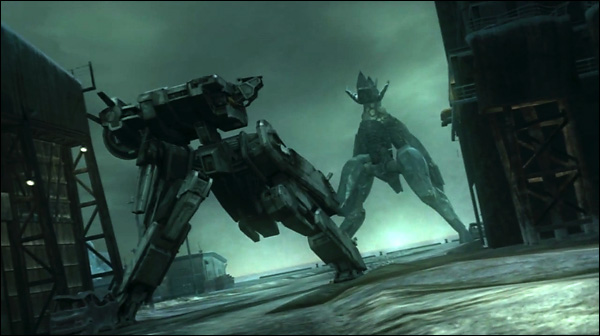 During an interview with website Collider, Jordan Vogt-Roberts, director of the Metal Gear Solid movie, was asked for an update on the project. Vogt-Roberts answered they’re currently working on the script, not an easy task for a franchise with such a unique tone.

“Luckily there are amazing producers on it, but that’s a property that is so pure and important to my soul, because it’s something that I grew up on, that I would love to shepherd into the film that it needs to be. I think it’d be a massive film, I think it’d be an incredible film, but it needs to be done in a way that completely honors what Metal Gear is because it’s a classic and it’s a seminal work not just in video games, but in media.”

The director notes how it’s interesting that Metal Gear had essentially one voice behind it all those years.

“For decades now Metal Gear Solid has essentially had one voice. So you’re dealing with a highly, highly specific property that’s idiosyncratic to one persona and one person’s point of view.” Vogt-Roberts believes that the main thing they need to get right with the project is the tone.

“I think right now the more important thing is let’s nail the voice, let’s nail a story that makes sense. You look at the scope of the Metal Gear world and you go all the way back to the ‘60s and before that in the lore, and then you go to the more contemporary games in the near-future and stuff like that, you’re dealing with decades and decades and decades of characters. You’re dealing with like okay how do Snake and Boss interact, how does Zero and all these people interact with each other? How do you pick and choose the cyborg ninjas and the sniper wolfs and all these people and have them fit into a narrative that makes sense?”

Before thinking about budget, he wants to make a movie Metal Gear fans would be able to enjoy.

“So first and foremost beyond thinking about budget, I wanna find the version that someone like you who’s like a superfan of this property would say, ‘They did it. That’s my Metal Gear. That’s my shit.’ Beyond it being a video game movie, beyond the difference between active experience and passive experience and why people haven’t been able to translate an active experience into a good passive experience in the shape of a film, beyond that question to me it’s not even about being a video game movie, Metal Gear is an important story, an important set of characters. So it just needs to be approached right now from how we nail that, and once we nail that then budget questions will happen, then those things will happen down the road, but right now I’m just working with incredible producers and trying to make a version that you or a Metal Gear megafan would be proud of.” You can listen to the interview in the video below, or see the entire transcript by clicking on the link in the source section.