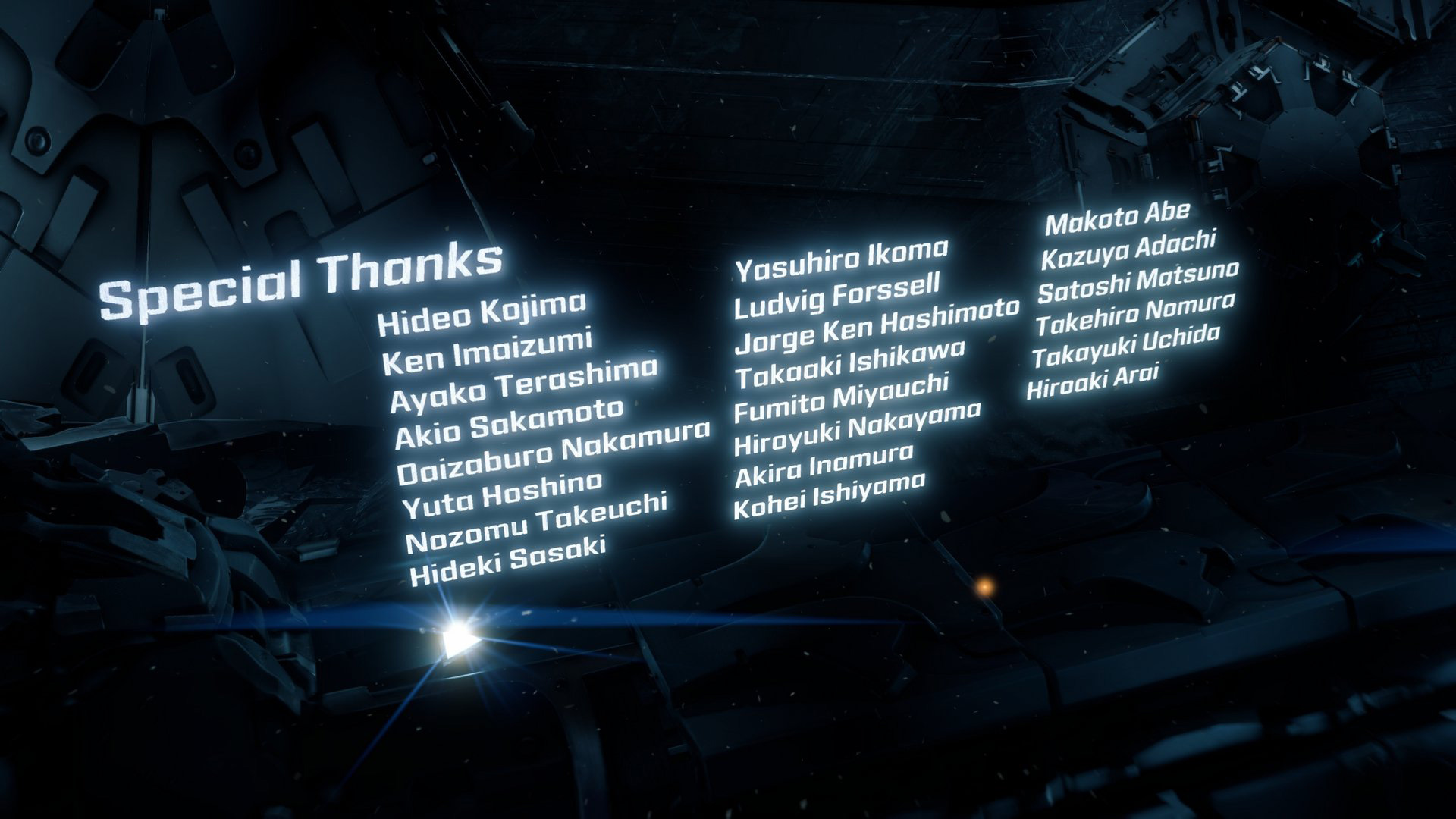 Guerrilla Games’ latest title Horizon: Zero Dawn just came out, and naturally some people already managed to get to the end credits. As we know, Kojima Productions is collaborating with the Dutch studio, as they will be using a modified version of their engine, called the Decima Engine, for their first title ‘Death Stranding’. To facilitate the partnership and exchange talent and ideas, Kojima Productions even opened a satellite studio in Guerrilla’s office in Amsterdam.

As a result of this collaboration, the credits of Horizon: Zero Dawn include a ‘special thanks’ section where several Kojima Productions staff members are named. Some of them were already known, such as Hideo Kojima (obviously), Ken Imaizumi, Ayako Terashima and Ludvig Forssell. But there are also several new names to be found, and what’s interesting that all of them have previously worked at Konami, on different departments of Metal Gear Solid V’s production, and some also worked on earlier Kojima Productions titles.

A user on reddit listed their names and their previous jobs.

A lot of talent left Konami during the last stages of MGSV’s production, and it looks like a good chunk of it ended up working for Hideo Kojima at his new studio.