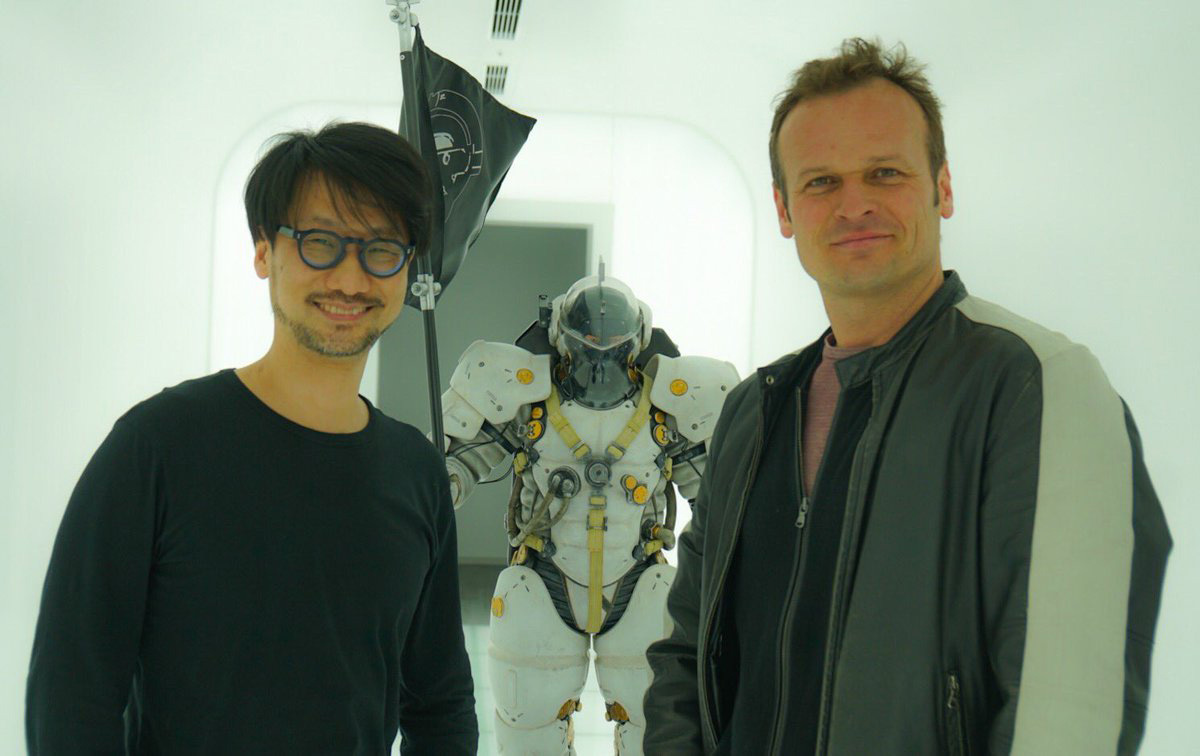 As we know Hideo Kojima’s new game Death Stranding will run on a modified version of the Decima Engine, the game engine developed by Sony’s studio Guerrilla Games in Amsterdam. Kojima came to the Dutch studio earlier this month, and today Hermen Hulst, managing director at Guerrilla, paid a visit to Kojima’s new studio. I know, long overdue!! So glad to finally be able to make it to your amazing studio. https://t.co/ttAuCSEHFS As a gift Hermen received a custom made GILD Design phone case, featuring the logos of Guerrilla Games and Kojima Productions, with in the middle the bridge between the two studios: the Decima Engine. This is the most awesome welcome gift one could get! Thanks for a great day @HIDEO_KOJIMA_EN, and here's to our @DecimaEngine collaboration. https://t.co/psit0qpr8P Kojima had a meeting with Sony Interactive Entertainment America last week, perhaps discussing E3 plans, and it’s possible this visit by Hermen is related as well.

Today I had a meeting with SIEA. pic.twitter.com/zQNZlPlNOD