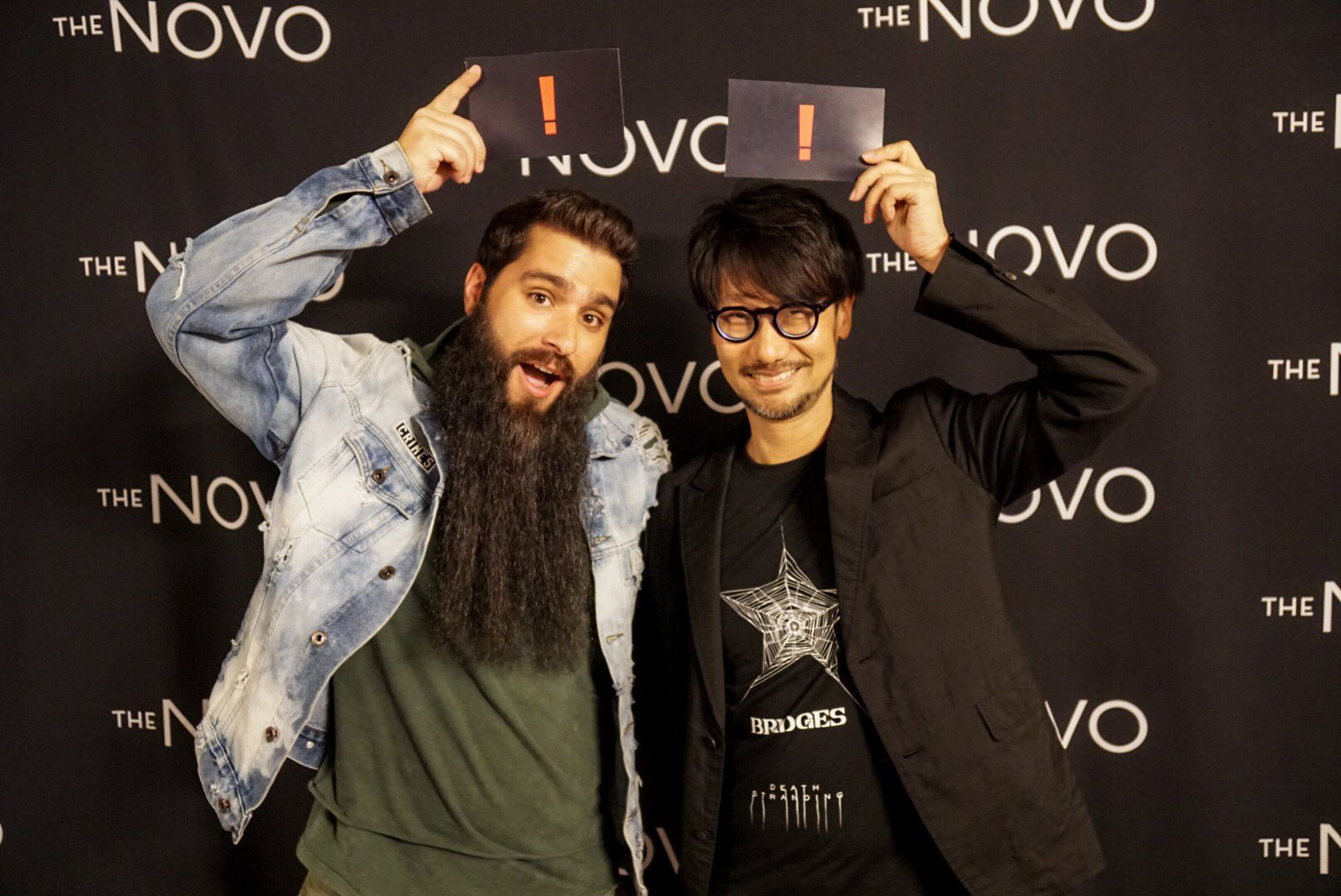 Hideo Kojima will be a guest at E3 Coliseum, a new stage event presented by Geoff Keighley that will take place during the E3 starting next week. Kojima will be talking about his career and cinematic influences with Jordan Vogt-Roberts, movie director and big fan of Kojima and Metal Gear, who will also be directing the Metal Gear Solid movie. The official description of the talk (taking place on Wednesday June 14th) is as follows:

3:15 PM — 4:15 PM:
A Conversation with Hideo Kojima and Jordan Vogt-Roberts
A one-on-one session looking back at the career of Hideo Kojima, led by Jordan Vogt-Roberts, director of Kong: Skull Island. These two creative forces will share the stage to discuss the fusion of gaming and cinema. Mr. Kojima will discuss his cinematic influences and how they have allowed him to make masterworks of his own.

Hideo Kojima will be attending at E3 Coliseum with @VogtRoberts Wednesday 6/14 at 3:15pm(PST).
Streaming at: https://t.co/aOvs2gOvk4

Cannot begin to express how excited I am about about this. Cannot wait for you to see even more of @HIDEO_KOJIMA_EN's cinematic brain. https://t.co/2e2vC2fOdX

E3 Coliseum will be live streamed via Facebook, Twitch and Youtube, and some of the panels are also streamed via Mixer and PlayStation channels. It’s also possible to attend the event in person but you’ll need to have an E3 pass for that.