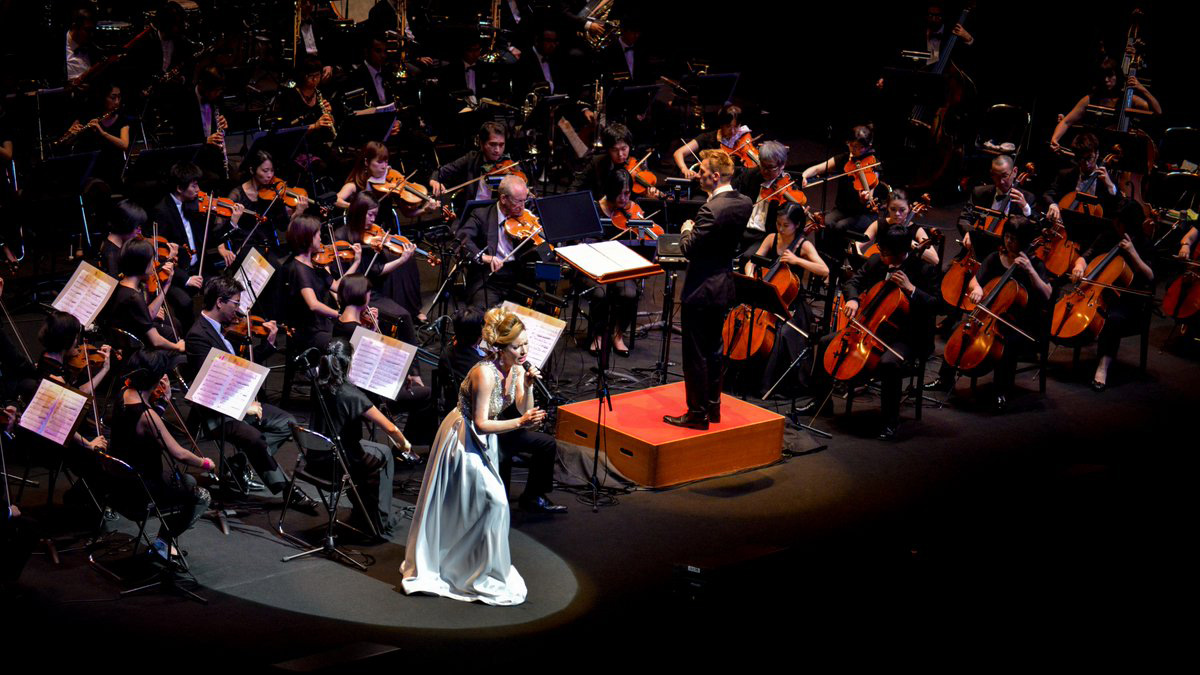 On July 30th and August 2nd, Metal Gear in Concert was held in Osaka and Tokyo, and vocalist Donna Burke has added some short clips to her Youtube channel of the Osaka performance at the Orix Theatre on July 30th. The music is played by the Osaka Symphony Orchestra and conducted by Nicholas Buc. You can get an impression of the performances by watching the videos below.

There are plans to bring the concert to the US and Europe as well, but not further details have been shared on that so far.