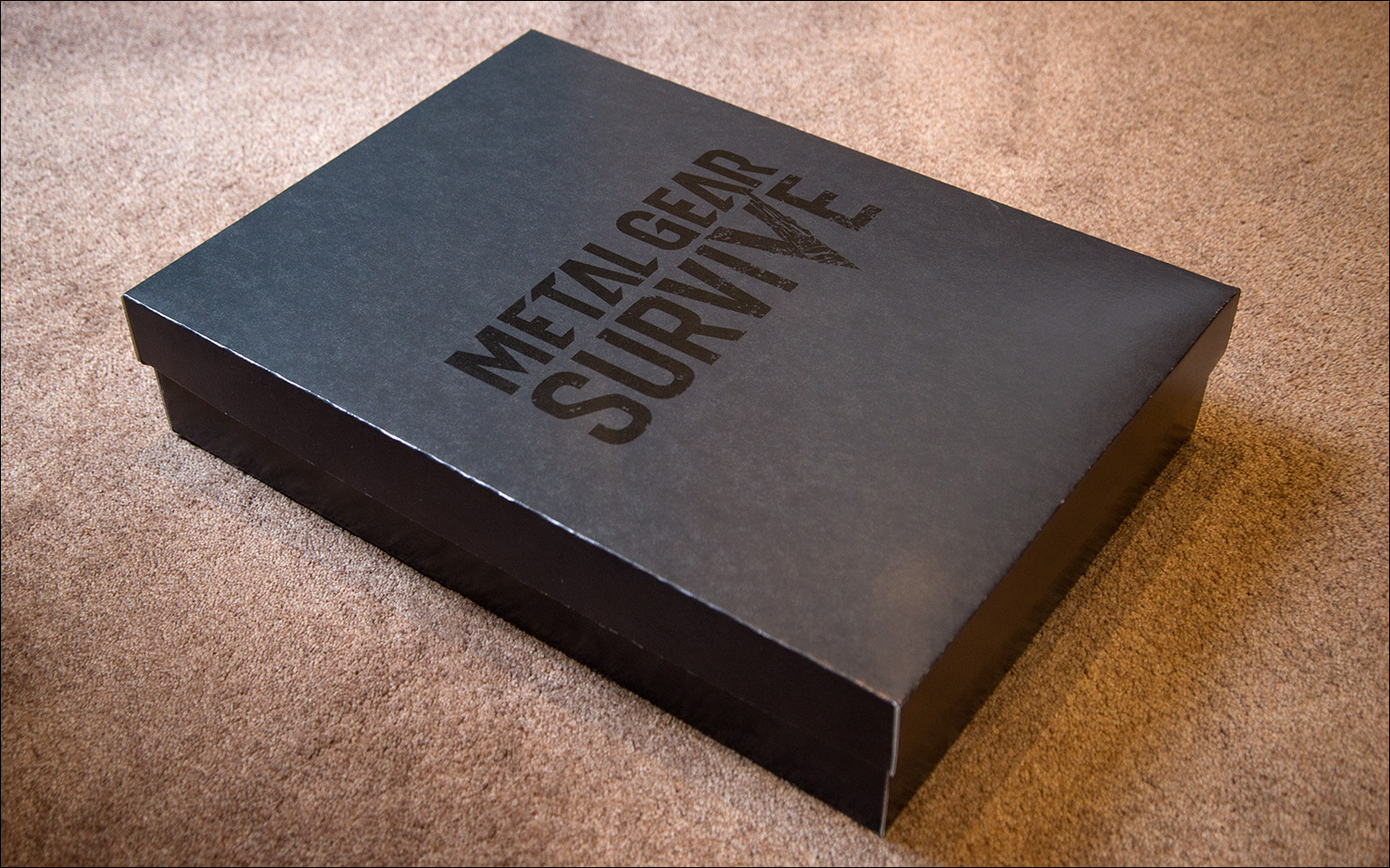 With the incoming release of Metal Gear Survive, Konami has sent out special kits to the various Metal Gear communities around the web, including Metal Gear Informer. In this article we will take a look at what’s inside.

First of all, a grey colored hoodie with the Charon Corps logo on the front (an organization from the world of Metal Gear Survive). On the back is the title of the game and the Konami logo.

Secondly, a black t-shirt bearing the same logo. This one also has the title and Konami logo printed on the back.

And last but not least, a backpack with the Metal Gear Survive logo embroidered on it. Also, notice the patch with Metal Gear Informer attached to the fabric.

Latched onto the bag is a locking carabiner doubling as a pocket knife. It comes with a blade, a serrated knife and even a little flashlight.

The kit also comes with two download codes for the game, and a thank you from the Konami team.

Metal Gear Survive will release tomorrow in the US and later this week in Europe and Japan, for PlayStation 4, Xbox One and PC.