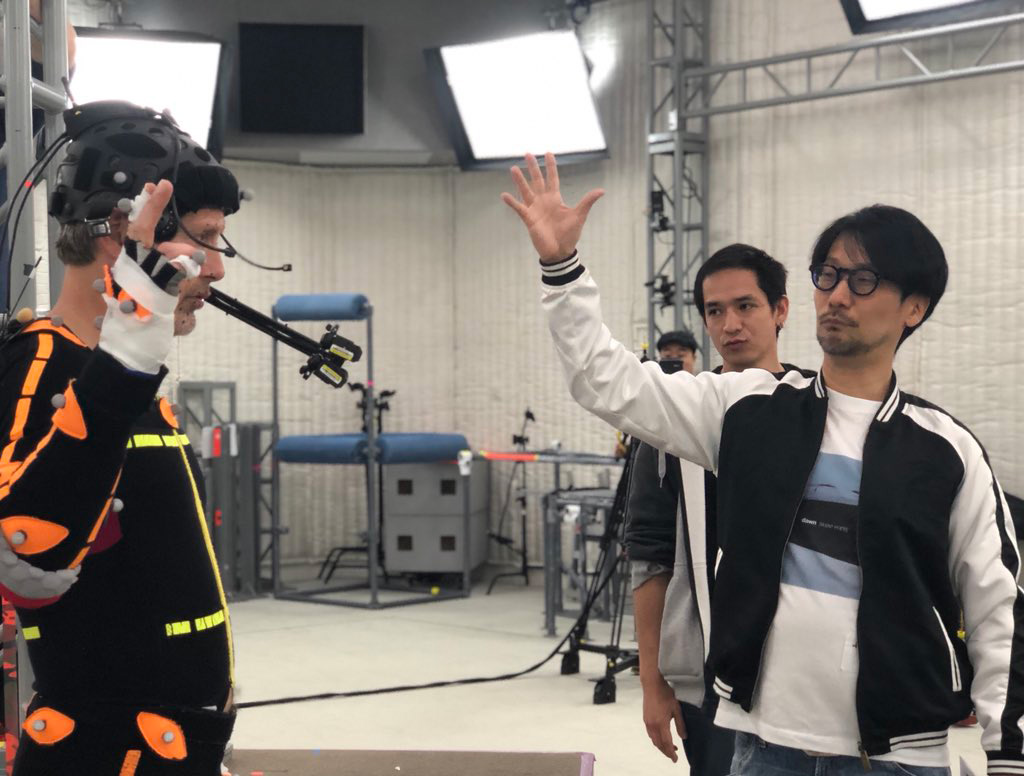 Once again, Kojima and his team are in the US to shoot scenes for Death Stranding in SCEA’s Santa Monica performance capture studio. The past couple of days he’s been shooting with both Mads Mikkelsen and Norman Reedus. According to his personal assistant Ayako it was a display of ‘so many breathtaking lines’, and director Jordan Vogt-Roberts, who apparently met up with Kojima on the set, wrote that the cutscenes they are working on are ‘going to melt your eyeballs’. Here are some photos from the past days in the studio. “Working hard all day today, that was an awesome performance, guys.” – Ayako