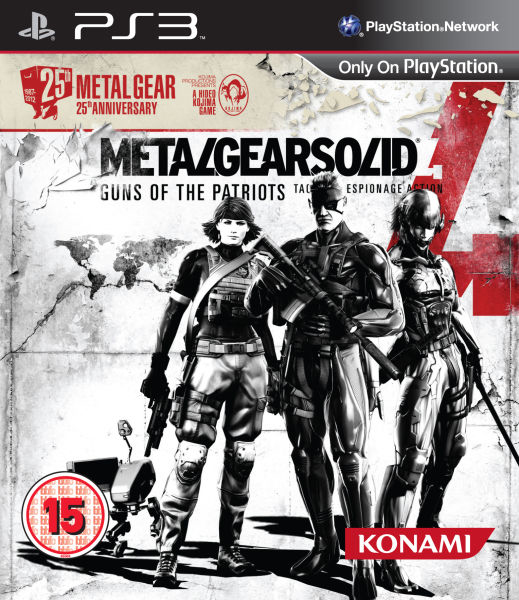 Now available in European stores: the 25th Anniversary Edition of Metal Gear Solid 4: Guns of the Patriots, exclusively for PlayStation 3. The re-release of the critically acclaimed game comes in a special 25th Anniversary case, and will feature a poster by Yoji Shinkawa with the characters of the game on it. It will also include the trophy patch and the full install for the entire game on the disc.

Metal Gear Solid 4 25th Anniversary Edition will be available at different retailers for a price of about 20 euros.

Views: 488
Liked it? Take a second to support MGI on Patreon!