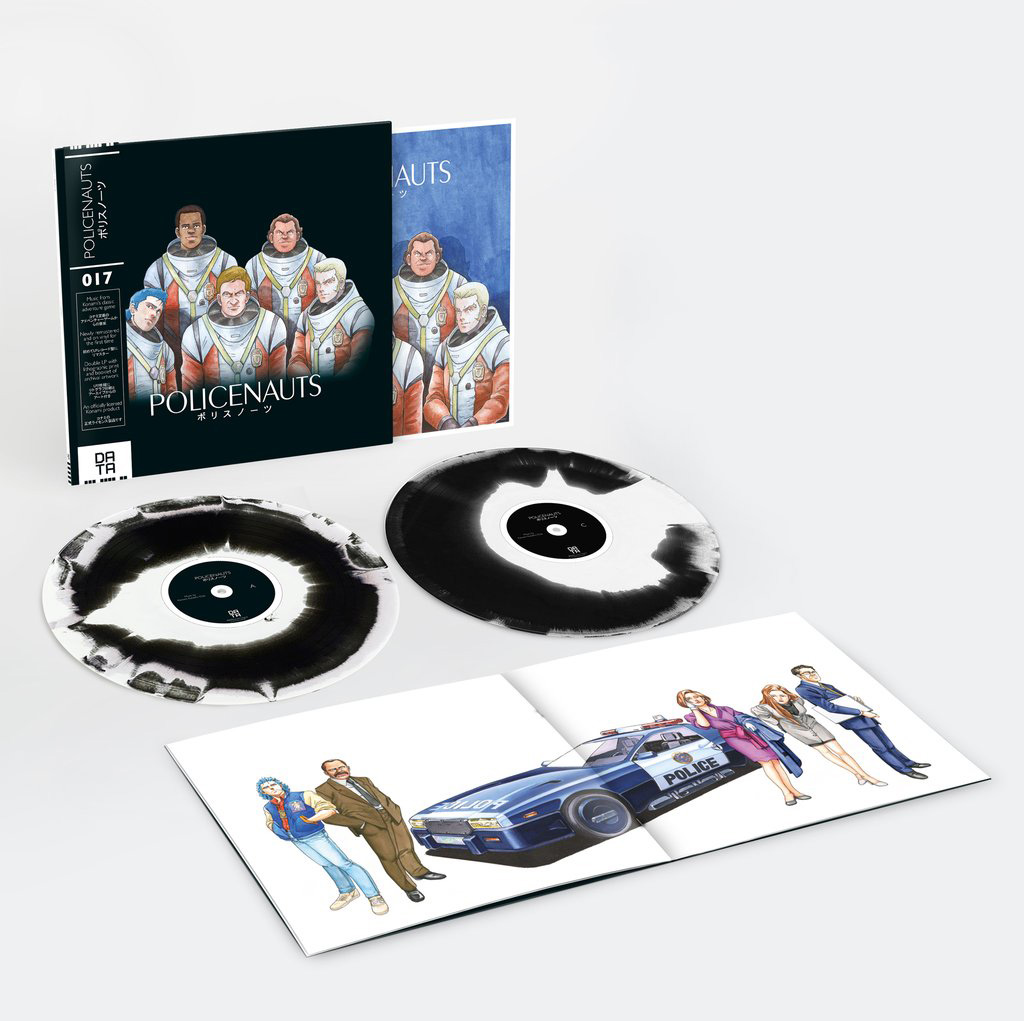 Data Discs is releasing a remastered edition of the Policenauts soundtrack as a double LP packed with several extras. Policenauts is an adventure game written and directed by Hideo Kojima, that was released in 1994 for the NEC PC-9821, followed by later releases for the 3DO, PlayStation and Sega Saturn. Among the cast of the game is Meryl Silverburgh, a character that would later appear in Metal Gear Solid. AVAILABLE FROM SATURDAY 8th SEPTEMBER (7:00pm UK time)**
(All orders will ship on or before 30th September)

Released in partnership with KONAMI, this newly remastered edition of POLICENAUTS is presented as a double LP with an accompanying 12-page art booklet and lithographic print, featuring original illustrations drawn from the archives.

Originally released in 1994, the game never saw an official release outside of Japan. Despite this, POLICENAUTS has since garnered a cult following, not least for its astonishing soundtrack by Konami Kukeiha Club. Throughout its 70-minute duration, POLICENAUTS blends together themes inspired by 80’s buddy cop movies, crime noir and hard science fiction, complete with John Carpenter-esque synths, piano ballads, infectious rhythm sections and downbeat, smoky brass lines reminiscent of Angelo Badalamenti in Twin Peaks mode. POLICENAUTS is a varied and unique soundtrack, but one that ingeniously manages to bring together its ostensibly disparate parts into a cohesive and beguilingly atmospheric whole.

PLEASE NOTE: The limited edition features a random colour effect, meaning every copy will be slightly different and have a unique combination of black and white. In terms of shipping weight, this item counts as TWO records. You can listen to a sample here: If you’re interested in ordering a copy, you can visit the Data Discs store here.