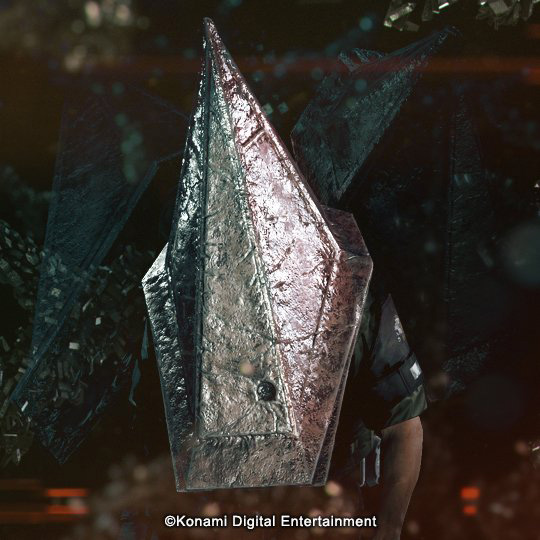 A single play event called ‘The Researcher’s Story (Special Edition)’ is coming to Metal Gear Survive next week. By participating, players will be able to unlock special items for the game, including new cassette tapes containing Silent Hill and Castlevania music, and a Pyramid Head costume, so you can run around in the game looking like the iconic enemy from Konami’s famous horror series.

The full details are as follows:

*Players will need to clear the main story in order to participate in this event. Update: aside from being available as a costume, Pyramid Head also makes an appearance in Metal Gear Survive as an enemy:

Metal Gear Survive, a MGSV spin off built around base building and survival, released earlier this year. The game can currently be bought for a reduced price of round $24.