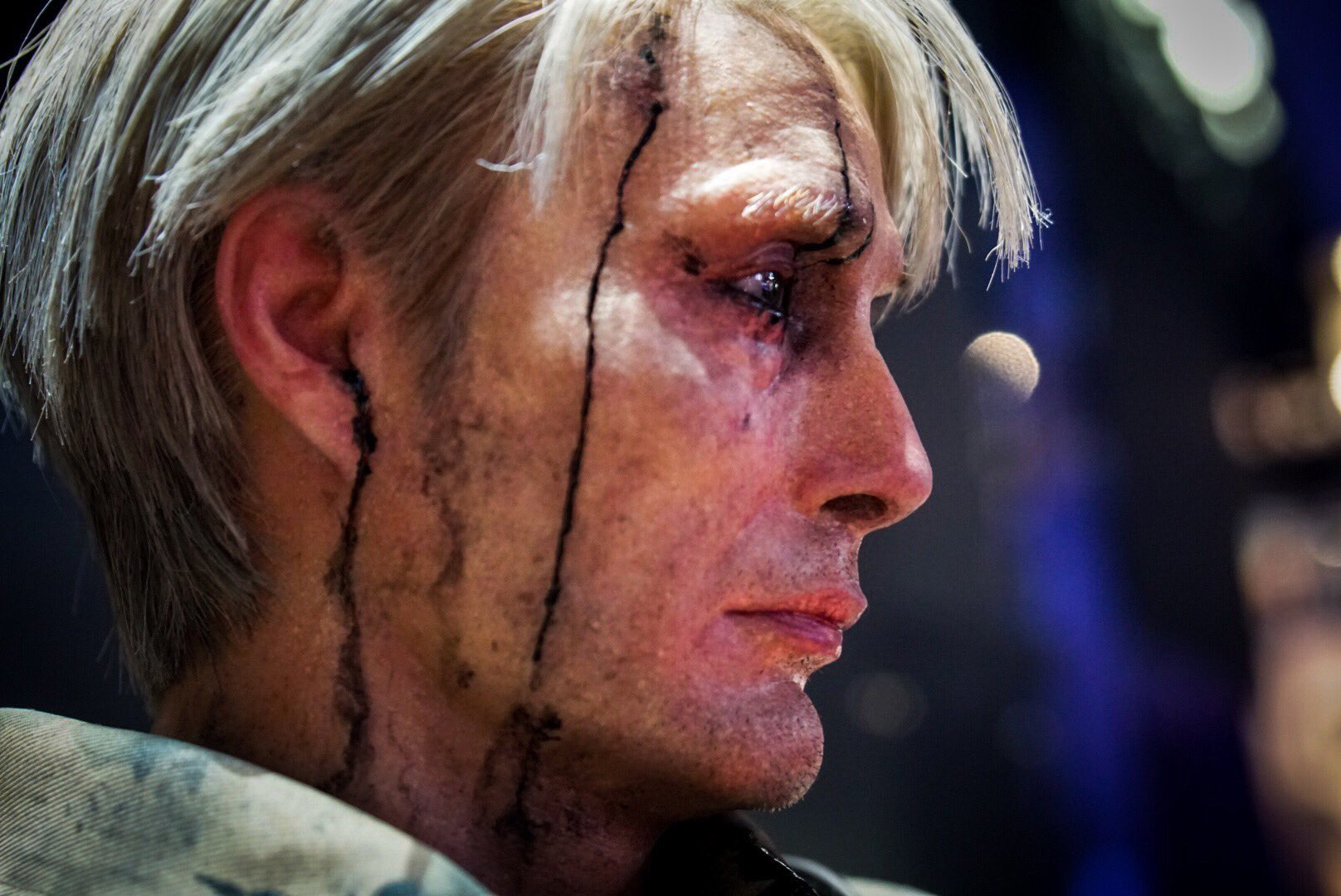 At Tokyo Game Show 2019, two lifelike Death Stranding statues depicting characters of the game were revealed. They are created by Prime 1, the company that also made the impressive looking half-scale Ludens statue released last year. The Sam figure was on display at the Monster Booth, while the Cliff statue could be found at the Sony booth.

These new statues, Sam (Norman Reedus) and Cliff (Mads Mikkelsen) will be 1/2 scale as well, and are made using flocking powder and silicon to make the characters look as lifelike as possible, and the result speaks for itself.

“Norman(Sam) welcomes you at MONSTER booth. This 1/2 size statue will be released by PRIME1. Flocking and silicon makes it look alive” – Hideo Kojima

“Mads(Cliff) welcoming you at Sony booth. 1/2 size statue will be released by PRIME1. Flicking and silicon we’re used. I asked them to put the red light from the bottom to make it more like DS environment.” – Hideo Kojima

As you may expect, these kind of statues do not come cheap. A price has not yet been revealed, but the Ludens statue had a price tag of over 2000 dollars.

After the show ended the statues were moved to the offices of Kojima Productions, where they are now standing proudly in the hallway.

Additionally, some other figures seem to be in development as well: one of Sam and his bike, and Nendoroid figures of Sam and Cliff, and a pair of Death Stranding sunglasses. More information is expected to follow in the future.